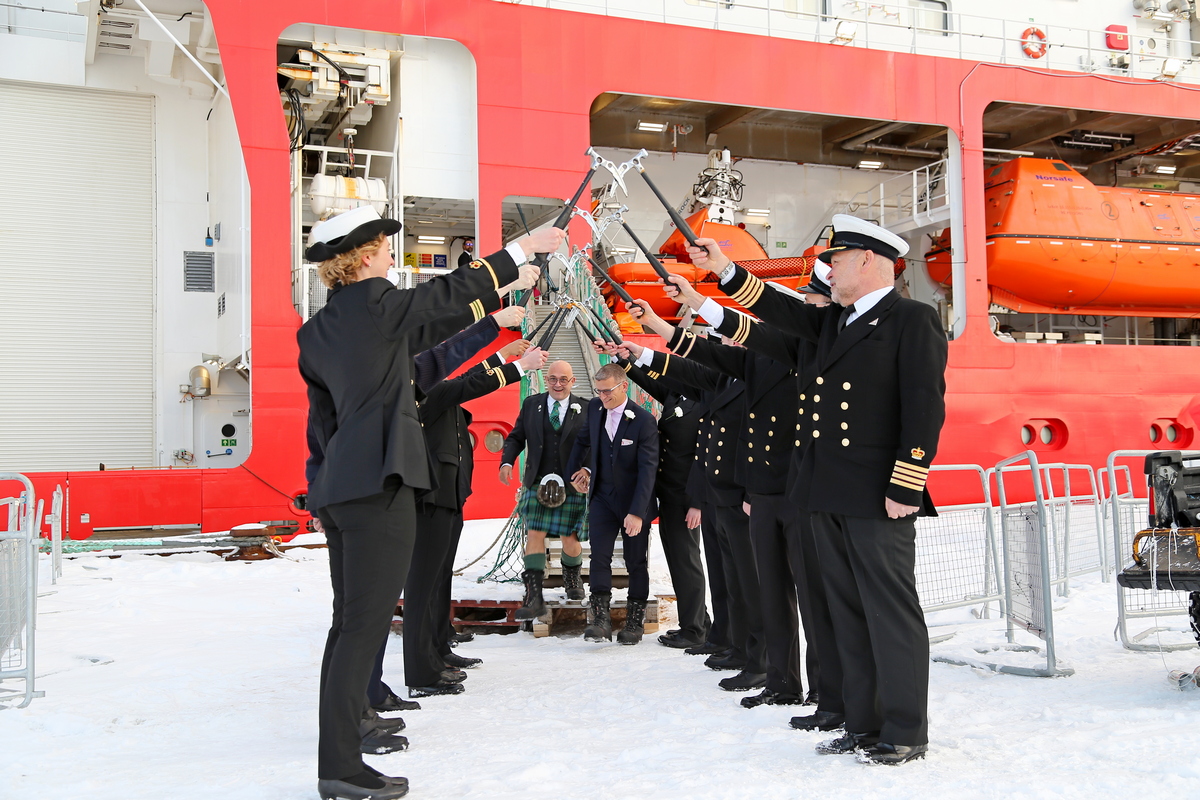 Eric Bourne and Stephen Carpenter made history when they were married in the British Antarctic Territory. The two men were the first same-sex couple to marry in Antarctica.

With their wedding, same-sex couples have now legally wed on every continent on Earth.

Related: 5 tips on how to come out to your parents

The men serve as stewards on the polar research vessel RSS Sir David Attenborough. In photos shared by the British Antarctic Survey, the crew beams as they help the couple celebrate their big day.

The ship’s captain performed the ceremony. Thirty crew members attended and the ship’s doctor provided live music after the vows.

“Antarctica is such an incredible place,” Carpenter said. “We have been together for 20 years but now we’ve both been to Antarctica together, it felt like the perfect place for us to finally tie the knot. We’ve even had the coordinates of the wedding location engraved into our rings.”

“We’re both very proud to be the first same-sex marriage to happen in British Antarctic Territory,” Bourne added. “We feel very lucky to be able to live and work in such an incredible community and place together.”