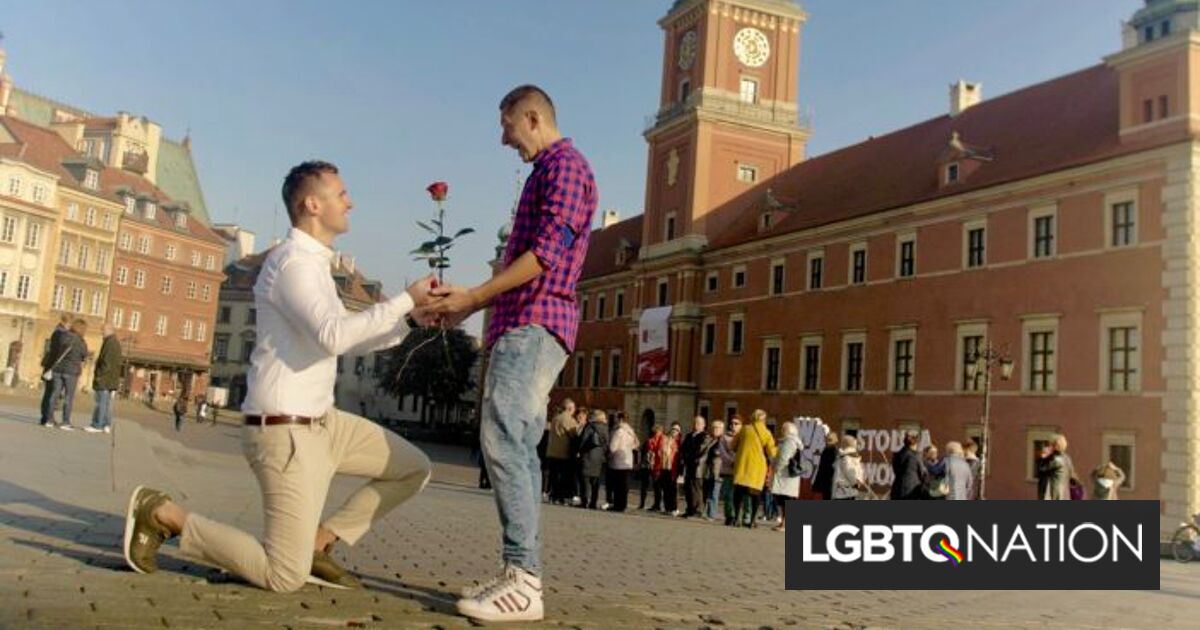 The Supreme Administrative Court of Poland ruled last week that the country could potentially recognize same-sex marriages of Polish citizens that were performed in other countries, even though the country itself still doesn’t perform marriages between two people of the same sex.

The case was brought by LGBTQ activists and vloggers Jakub Kwieciński and Dawid Mycek, who have drawn international attention to homophobia in Poland.

According to the website Notes from Poland, the issue was with Article 18 of the Polish constitution, which states: “Marriage, as a union of a man and a woman, family, motherhood, and parenthood are under the protection and care of the Republic of Poland.”

Kwieciński and Mycek filed a lawsuit five years ago – after they got married in Portugal – and have been fighting for their marriage to be recognized since.

The Supreme Administrative Court of Poland agreed with a lower court decision saying that Poland does not have to recognize their marriage, but it also ruled that Article 18 doesn’t prohibit Poland from recognizing same-sex marriages, according to Notes from Poland‘s translation: “Article 18 of the constitution cannot in itself constitute an obstacle to transcribing a foreign marriage certificate if the institution of marriage as a union of persons of the same sex was provided for in the domestic [legal] order…. The provision of the constitution in question does not prohibit the statutory regulation of same-sex unions.”

“The Supreme Administrative Court finally stated at our hearing that the Constitution of the Republic of Poland does not prohibit same-sex marriage,” Kwieciński and Mycek tweeted.

“More fake news,” tweeted the anti-LGBTQ organization Ordo Iuris. “The NSA dismissed [Kwieciński and Mycek’s] appeal… It recognized the legitimacy of refusing to enter a same-sex marriage certificate drawn up abroad into the [Polish state] register of marriages.”