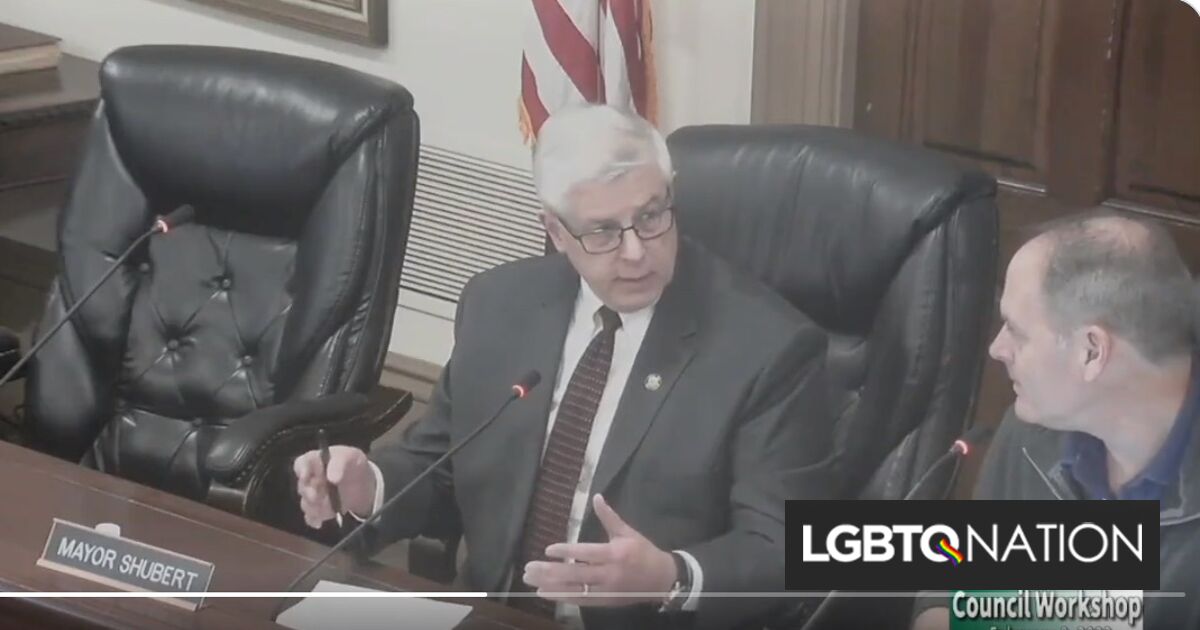 Hudson, Ohio mayor Craig Shubert is a very concerned individual. Not only does he worry that creative writing classes will lead to “child pornography,” he has concerns about ice fishing as well.

Specifically, he’s worried that erecting shanties to shelter fishermen will lead to prostitution.

Related: Republicans refuse to strike down marriage amendment for the most offensive reason possible

Shubert told a city council committee that ice fishing should not be allowed on the local river because fishermen would want to set up shanties to stay warm. And what happens when prostitutes move into the shanties?

“If you open this up to ice fishing, while on the surface this sounds good but what then what happens next year, does someone come back and say, ‘I want an ice shanty?’” Shubert told councilors. “If you then allow ice fishing with shanties, then that leads to another problem: prostitution. Now you’ve got the police chief and police department involved.”

The room sat in stunned silence for a moment before a councilor broke the quiet by quipping, “That’s why I’m not in favor of shanties!”

The room erupted in laughter.

Shubert last made news after a board of education meeting where he proclaimed creative writing prompts for high school seniors in college-level writing courses were “child pornography.” The prompts had been used for five years; one included a reference to alcohol and two others referenced sex. None had ever been assigned.

“It has come to my attention that your educators are distributing essentially what is child pornography in the classroom,” he said. “I’ve spoken to a judge this evening and she’s already confirmed that. So I’m going to give you a simple choice: either choose to resign from this board of education or you will be charged.”

Shubert’s accusation led to death threats against board members and school administrators. No one resigned. No one was arrested.