Ronald Gay went on a shooting rampage at a gay bar. 22 years later he’s dead too. 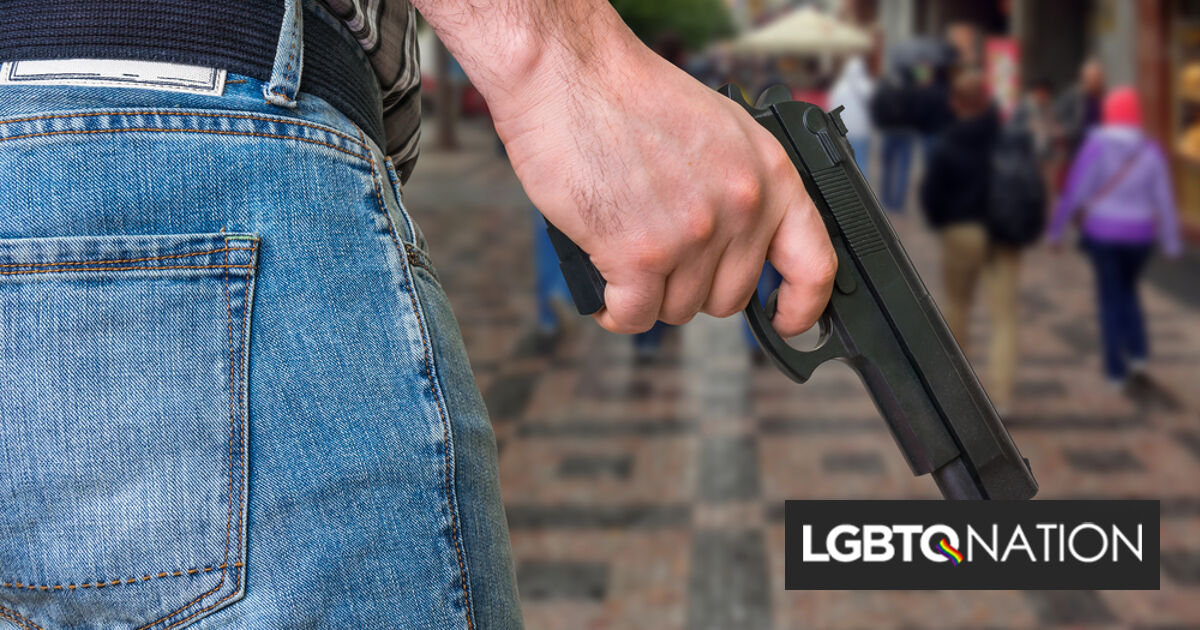 Ronald Gay — a 75-year-old former Marine who killed one man and injured six others in his September 2000 shooting of the Backstreet Cafe gay bar in Roanoke, Virginia — has died of natural causes as a prisoner in a hospital. He was 75.

The shooting, which happened one week after the local Pride festival, was the last major gay bar shooting before the 2016 Pulse Nightclub shooting in Orlando, Florida.

Late on Friday, September 22, 2000, Gay walked into the Backstreet Cafe and ordered a beer. He waited a few minutes, stood by the entrance and pulled an autoloader nine-millimeter handgun out from under his black trench coat. He began firing, shooting at least eight rounds.

Patrons at the cafe crouched and threw their arms over their heads in self-protection. One of Gay’s bullets hit 43-year-old hairdresser Danny Overstreet in the chest, killing him within minutes, despite patrons’ efforts to save him.

“It was terrible,” said a patron named Chris who didn’t give his last name to the press at the time for fear of being outed. “Blood everywhere. He was gagging on his blood, so we put him on his side. He died before police got there.”

Another bullet hit John Collins, Overstreet’s friend in his stomach and guts. He lost parts of his large and small intestines and had to wear a colostomy bag for three months while awaiting corrective surgery for his damaged organs.

“It was so fast,” Collins told Roanoke.com. “I said to myself, ‘This isn’t happening.’ I looked down and saw the blood, and it started burning. It was a terrible, terrible burn. I went down to the floor. I was crawling toward the door. The pain was so intense, and there was so much blood.”

He played dead in a pool of his own blood, waiting for the shooting to end.

Gay shot off a woman’s finger, shot Linda Conyers and Kathy Caldwell in their hands. He shot Iris Page Webb in the neck and shot Susan Smith in the right leg, the bullet exiting her buttock.

He also shot Joel Tucker in the back, barely missing his spine by an inch. At the time, Tucker was so afraid of being outed at his UPS job that he returned to work on Monday with the bullet still in his back.

Tucker also lied to the media at the time, saying that he was straight and had just been at the bar with his girlfriend. In 2016, he told NPR that he regretted lying. When a local newspaper later printed his name and home address, he worried a bigot would find his home and shoot him through a window.

Anna Sparks, a woman celebrating her 37th birthday at the Backstreet Cafe with her partner, thought the popping sounds behind her were balloons, until she turned and saw the bodies dropping.

Gay then pointed his silvery firearm at Sparks. He lowered his weapon and walked out the bar as if nothing had happened. On the way, he stepped over Collins’ body, his trench coat brushing Collins’ shoulders — a detail Collins would remember in his recurring nightmares about the shooting for years to come.

After Gay left, the bar manager immediately locked the door. Patrons began putting their sweaters and jackets onto bleeding people’s wounds. Overstreet’s friends covered him with a table cloth so people wouldn’t see his dead body.

Gay disposed of his firearm in a trash can near the Virginia Museum of Transportation because, he said, he didn’t want to shoot any cops. Police found him 10 minutes after receiving a 911 call about the bar shooting. Officers told him to put his hands in the air and he did.

As police approached, he told them: “Come from the faggot bar and blew ’em away.”

Half an hour before the shooting, Gay told an employee at another bar that he wanted to “go waste some faggots” and showed the man his gun. The man, thinking Gay was joking, pointed him towards another gay bar called The Park, and then contacted the police. Police, who were switching out from the evening to graveyard shift, headed towards The Park bar as Gay shot up the Backstreet Cafe.

Gay was an unknown drifter who had stayed at a nearby motel named the Jefferson Lodge and campsites at Roanoke Mountain. Shortly after officers arrested him, the police had bar patrons identify him as he sat in back of their patrol car.

“He didn’t try to hide his face,” Sparks said. “He had this look on his face like, ‘I’m proud.’ I just wanted to get a hold of him and strangle him. He has no clue as to what he’s done to these people and their families.”

Gay pleaded guilty to first-degree murder and six counts of malicious wounding. Some speculated that he attacked bar after a lifetime of ridicule about his last name. He was sentenced to four consecutive life terms at the Deerfield Correctional Center in Southampton County.

Though the bar’s building has since changed ownership, mourners still come to the structure to pay their respects. Patrons say the bar was their safe space where they used to enjoy drinks and pool.

Roughly 16 years later, on the day of the Pulse Shooting, Tucker told The Washington Post, “I woke up and cut the TV on, saw CNN and every bit of what happened in 2000 just flooded back. It was like it just happened, the whole thing.”

“My ex-partner texted me and said, ‘Oh my God, did you see what happened?’ He was sitting beside me [at Backstreet]. It all just came back, tenfold. Oh my God, what a tragedy,” he added.

“Don’t let something like this ruin your life because it could’ve ruined mine,” he added.