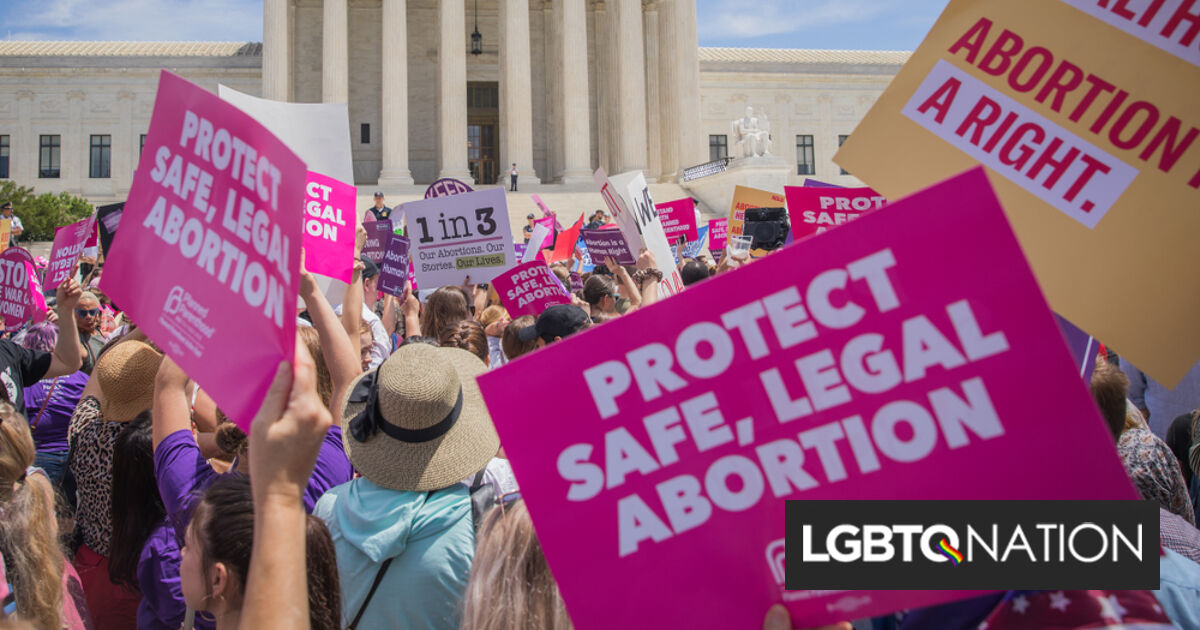 The Supreme Court made it official: in a 6-3 decision, the justices ruled in Dobbs v. Jackson Women’s Health Organization that the constitutional right to an abortion, which has existed for nearly half a century, no longer exists. States can now ban abortion, and about half are poised to do so. The long-planned radicalization of the Court by the right-wing has finally come to fruition, with the appointment under Donald Trump of three well-vetted justices guaranteed to carry out the right’s ideological agenda.

The decision isn’t entirely shocking. The shocking part was the leak of the draft opinion just last month. The unprecedented release of the Court’s opinion, which pretty much resembles the final product, was a sign that the Court itself has become riven by partisanship that it supposedly rises above.

Related: Shake Shack is serving up burgers with a heaping side of anti-LGBTQ politics

What the leak signaled, and the opinion confirmed, is that the six conservative justices on the Court care little about the precedent established in Roe v. Wade. Discarding precedent is something only the most radical judges would undertake lightly, but Justice Samuel Alito, who wrote the majority opinion, had no problem doing so.

“Roe was egregiously wrong from the start. Its reasoning was exceptionally weak, and the decision has had damaging consequences. And far from bringing about a national settlement of the abortion issue, Roe and Casey [a subsequent abortion rights decision] have enflamed debate and deepened division,” Alito wrote. “It is time to heed the Constitution and return the issue of abortion to the people’s elected representatives.”

The rhetoric about division is laughable. The majority of Americans support some form of access to abortion. This decision will only deepen division. It will, however, delight the conservative base that the justices are catering to.

The lack of regard for precedent and for public opinion is a very bad sign for LGBTQ rights. Indeed, Justice Clarence Thomas all but issued an open invitation to right-wing legal activists to find cases to bring his way.

In a footnote to his concurring opinion, Thomas said that in striking down the legal basis for abortion, every other decision using the same reasoning is now suspect. That includes Obergefell v. Hodges, which legalized marriage equality nationally, and Lawrence v. Texas, which struck down sodomy laws. In fact, he named those decisions by name.

“We should reconsider all of this Court’s substantive due process precedents,” Thomas wrote. “We have a duty to ‘correct the error’ established in those precedents.”

By “the error” Thomas is referring to your marriage and your right to have sex in your bedroom without being arrested.

Don’t think that the right-wing lawyers who engineered today’s decision don’t recognize that invitation. They will be hunting for their next target. Thomas just supplied them.

If you think anything is safe from today’s Court simply because it’s legal now and the majority of Americans support it, today’s ruling is a reminder that six ideologues can easily undo years of rights with just one ruling.