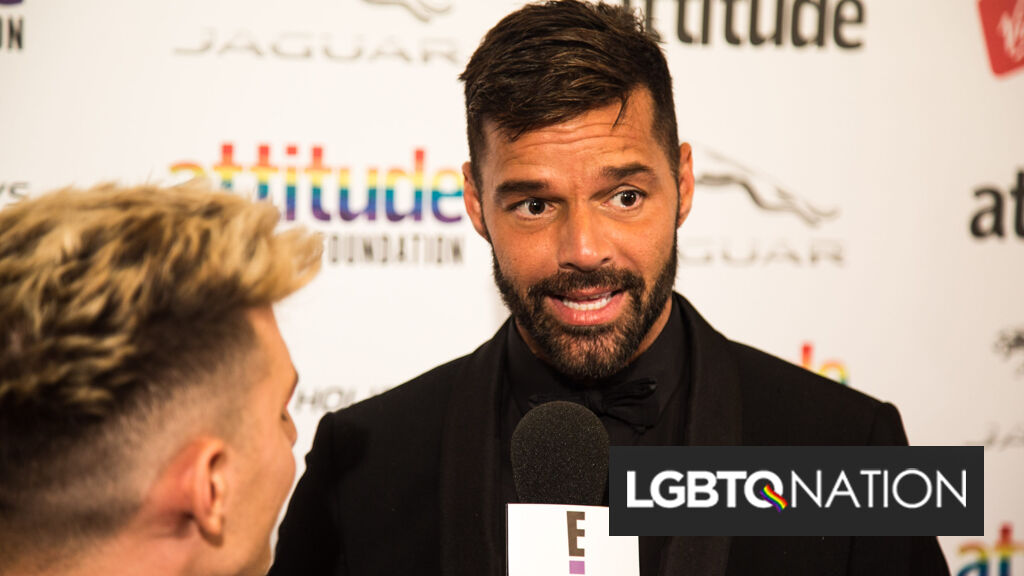 onePULSE Foundation, the organization created in honor of the 49 slain victims of the 2016 massacre at an Orlando nightclub, named singer and humanitarian Ricky Martin as their national spokesperson — and he’s raising awareness right away by encouraging everyone to take part in a campaign to OUTLOVE HATE this Valentine’s Day weekend.

“We are thrilled to have one of the best-selling international music artists of all time join our Pulse family as a national spokesperson,” Earl Crittenden, the chair of the onePULSE Foundation board, said in a statement on February 11.

Related: Out political candidate admits she lied about saving the lives of 32 Pulse victims

Martin, LGBTQ Nation‘s Celebrity Activist of the Year in 2020, most recently had used his influence to support protests in Puerto Rico against the territory’s anti-LGBTQ governor and recent legislation that took rights away from LGBTQ residents. Martin is also a UNICEF ambassador and was the recipient of the National Visibility Award from the Human Rights Campaign in 2019.

Now, the King of Latin Pop hopes to assist the non-profit that remembers the mostly gay and Latinx victims who lost their lives in what was considered the most deadliest terror attack on American soil after 9/11.

The OUTLOVE HATE campaign “is a call-to-action to all communities for donations that support the onePULSE Foundation’s mission and vision,” the foundation said in its announcement.

According to Crittenden, “the goal is to raise $49 million from $49 donations from one million participants.” The raised funds will go towards the construction of the Pulse Memorial & Museum currently planned for opening in the next year. Those who participate will become a “Face of Change,” meaning they can be part of both a global digital mural and a permanent mosaic tile that will be displayed at the museum.

In addition to donating, advocates can upload their selfie to a website, choose a background from 49 colors — each in honor of a slain victim from Pulse — and state their support on social media.

“We invite the world to OUTLOVE HATE today and for generations to come,” Crittenden said.

“I’m excited to assist onePULSE Foundation with engagement and awareness-building opportunities as they build the National Pulse Memorial & Museum,” Martin stated with the announcement. “The OUTLOVE HATE campaign is the perfect way to start our partnership. I ask everyone to join our movement, commit to change and share the love, starting on Valentine’s Day.”

In his new role, Martin will also participate in public service announcements and promoting of tolerance.

Martin recently visited the Pulse Memorial to pay his respects to the 49 people killed in the tragedy, onePULSE notes.

Those who wish to donate as part of the OUTLOVE HATE campaign and become a “Face of Change” can visit OutLoveHate.com starting on February 14.