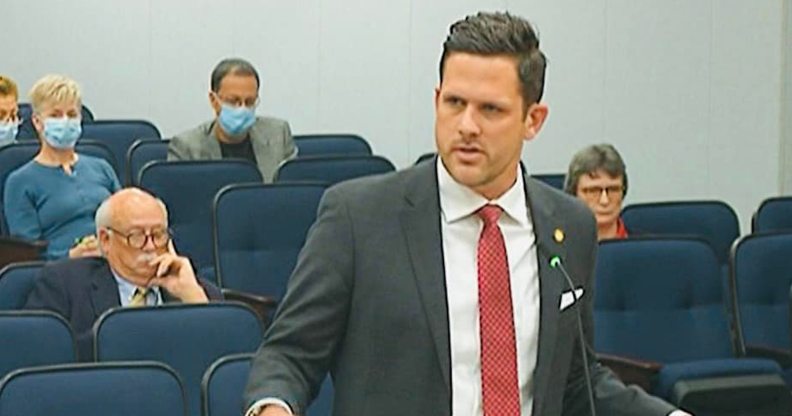 Under the law, public school teachers are prohibited from discussing LGBTQ+ topics with students.

Horrifyingly, the final legislation was actually a watered down version of Harding’s original plan, which included mandating in law that teachers must out their LGBTQ+ students, an amendment he was forced to withdraw.

However, despite painting himself as “a champion of parental rights” and picture of morality, who wants to set “an example to the nation” with his anti-LGBTQ+ legislation, Joe Harding is now facing criminal charges.

According to the indictment, released by the US Attorney’s Office in North Florida on Monday (5 December), Harding allegedly received $150,000 the Small Business Administration by using the names of dormant businesses and creating false bank statements.

Harding denies the allegations, and said in a statement: “Today, I pleaded not guilty to federal charges that state I improperly obtained and used an EIDL loan issued by the Small Business Administration. I want the public and my constituents to know that I fully repaid the loan and cooperated with investigators as requested.

“On advice from counsel, I will be unable to say anything more specific about the legal proceedings until a later date and refer any questions or concerns related to this matter to my attorney. I ask that you keep me and my family in your prayers as we work for a fair and just resolution. Thank you, and may God bless you.”

If convicted of all six counts, the creator of the Don’t Say Gay law would face a total maximum sentence of 70 years in prison.