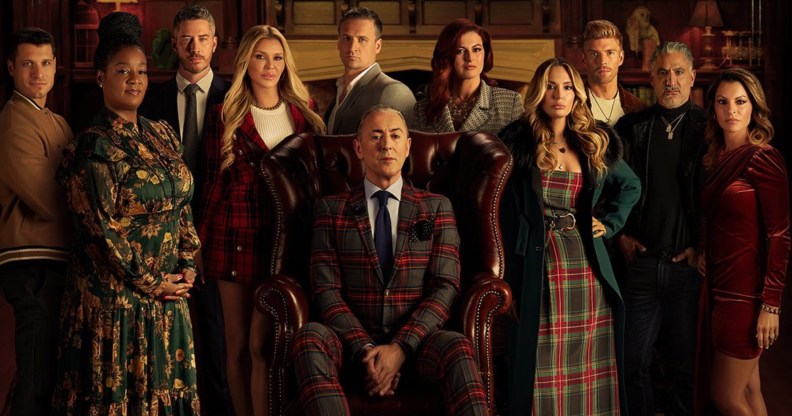 Get ready for more suspense and intrigue as the US version of The Traitors hits Peacock on January 12. (Peacock)

If you’re pining after the end of BBC’s The Traitors, fear not: Peacock has just unveiled the first trailer for its new US spinoff.

The American version of the reality competition series, which launches on the streaming platform next week, is almost an exact copy of the hit BBC version, from its spectacular castle in the Scottish Highlands to its inventive challenges.

This time around, though, there aren’t just members of the public competing for the prize pot, but a large cast filled with well-known reality TV stars.

Based on the original Dutch format, Peacock’s new series will feature the ultimate reality series crossover with stars from Real Housewives of Beverly Hills, Below Deck and more.

“In this game the person sitting next to you may smile and smile… and be a villain.”

The Traitors sees 20 contestants gather in a castle and undertake physically and mentally challenging tasks in order to build a prize fund that several winners will split at the end of the game.

Three of those contestants will be picked as devious Traitors, whose job is to stay hidden among their opponents, known as the Faithfuls. As well as having the power to sabotage the prize fund, the Traitors can also “murder” the innocent Faithfuls.

Any Traitors who remain undetected until the end of the game show will win a cash prize of up to $250,000. But if they’re caught, the Faithfuls will share the reward among themselves.

Cue lying, paranoia and plenty of drama in what is guaranteed to be an incredibly camp and suitably suspenseful watch.

One of the biggest faces is Brandi Glanville, beloved former housewife on RHOBH and, according to the trailer, bringing just as much drama to the table as always.

Glanville will be joined by the following reality TV and celebrity contestants:

Among the well-known faces will be ordinary citizens – the Maddy’s and Amanda’s of the USA – including trans non-binary contestant, Andie Vanacore.

Andie Vanacore lives on a ranch in Reno, Nevada, with their wife Jessica, and works as a director of music services.

People are already sharing their excitement, especially those who have already fallen in love with the cult UK classic.

🙌🏽🙌🏽🙌🏽 Just got done watching the UK version and if this is slightly as exciting as that one, we’re all in for a treat!

The Traitors US will drop all 10 episodes on Peacock on 12 January.