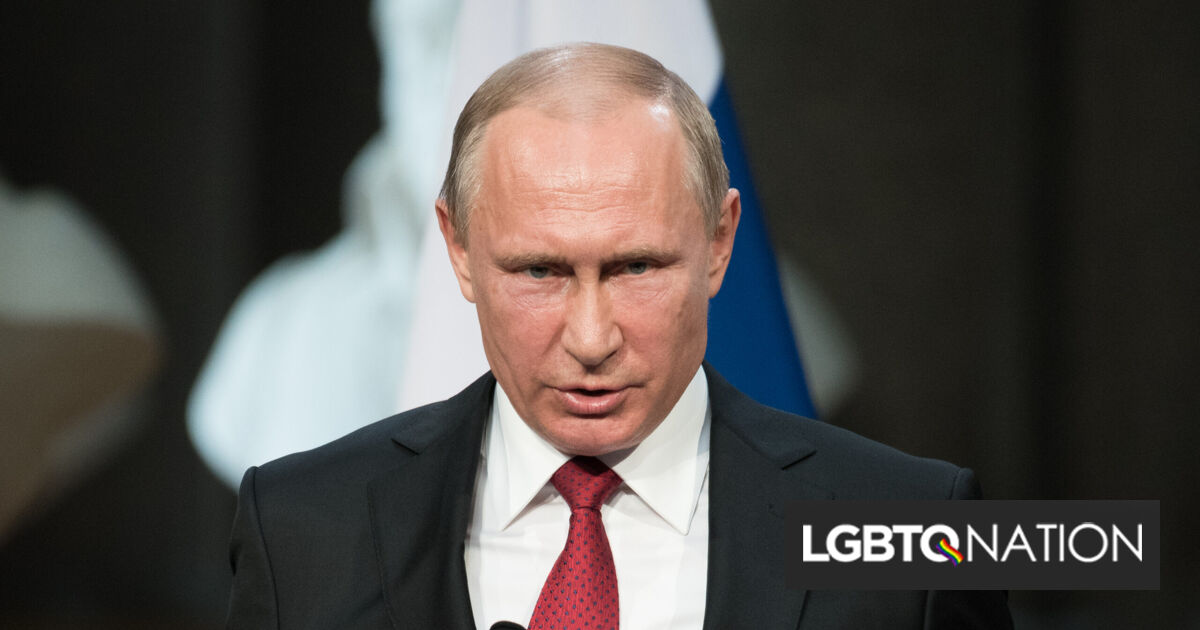 Putin delivered the speech last Friday in Moscow after Ukrainians in Donetsk, Luhansk, Kherson, and Zaporizhzhia voted to join Russia. The four territories held elections overseen by Russian military troops and pro-Russian separatists. The U.S. has since called the elections a fraudulent “sham” meant to justify Russia’s taking of Ukrainian land.

In his speech, Putin criticized the U.S. and the North Atlantic Treaty Organization (NATO), the Western alliance seeking to limit Russia’s military expansion.

“[Western countries] spit on the natural right of billions of people, most of humanity, to freedom and justice, to determine their own future on their own. Now they have completely moved to a radical denial of moral norms, religion, and family,” Putin said.

He then addressed “all the citizens of Russia,” asking, “Do we want to have, here, in our country, in Russia, parent number one, number two, number three instead of mom and dad? Have they gone mad out there? Do we really want perversions that lead to degradation and extinction to be imposed on children in our schools from the primary grades? To be drummed into them that there are various supposed genders besides women and men, and to be offered a sex change operation? Do we want all this for our country and our children? For us, all this is unacceptable, we have a different future, our own future?”

It’s not surprising that Putin would make statements against same-sex marriage and transgender identity. He is renowned amongst global human-rights groups for his anti-LGBTQ policies.

What’s surprising is how many Republicans and right-wingers in the United States agree with him.

Under the administration of former U.S. President Donald Trump, Republicans have cited gay marriage as a threat to families, religion, and social order. Republicans have tried to ban any acknowledgment of LGBTQ identities from schools and have falsely claimed that LGBTQ people and allies are forcing “sex change operations” on transgender youth. In reality, such operations aren’t conducted on children.

Bannon and his podcast guest, private military contractor Erik Prince, said Russian people “still know which bathroom to use,” know that there are only two genders, they don’t fly Pride flags and “they don’t have boys swimming in girls’ college swim meets,” an apparent reference to trans female swimming champion Lia Thomas.

In June 2013, Putin signed a law banning so-called “gay propaganda” in Russia. The law ostensibly seeks to “protect children” from any “propaganda of nontraditional sexual relationships,” according to the law’s text.

The law has mostly been used to silence LGBTQ activist organizations, events, websites and media, as well as to break up families and harass teachers. The law has been roundly condemned by the United Nations Committee on the Rights of the Child, the human-rights groups Amnesty International and Human Rights Watch, as well as civil rights activists around the world.

Putin has also largely ignored an ongoing and years-long crackdown against LGBTQ people living in the semi-autonomous Russian region of Chechnya.

In the crackdown, which began in December 2016, police and military officials arrest suspected queer people under claims of drug dealing or terrorism. The officials then use electrocution, beatings, extreme cold, starvation, dehydration, isolation, forced nudity and homophobic insults to get arrestees to reveal more suspected homosexuals, according to the Russian LGBT Network. An estimated 33 people have died in the crackdown and hundreds have fled the region since it began.

The Russian military has been accused of torturing and bombing civilians since it first invaded Ukraine in February. Both are war crimes forbidden by the Geneva Conventions.