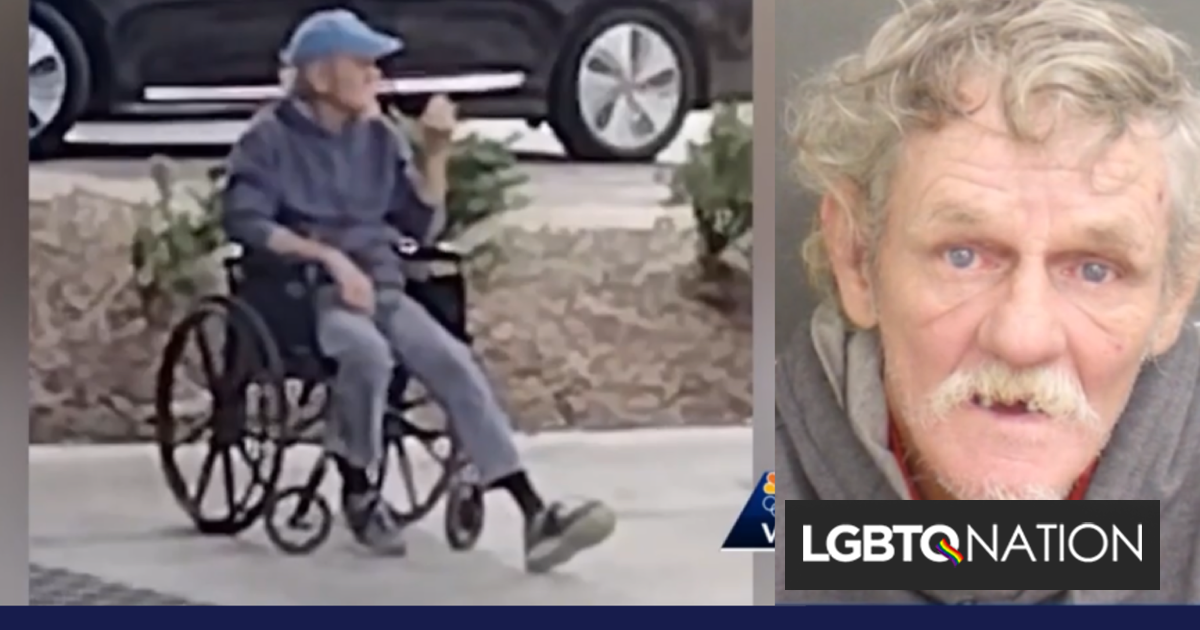 The Orlando Fire Department Arson and Bomb Squad has arrested a suspect in the vandalization of the Pulse National Memorial in Orlando, Florida, last month.

64-year old Mark Anthony Henson is the man authorities believe was seen on camera setting fire to the memorial, which recognizes the lives lost following a mass shooting at a LGBTQ nightclub on June 12, 2016. Henson has been charged with felony criminal mischief.

Henson faces up to five years in prison for a third-degree felony charge, based on state penalty guidelines.

“I had already posted that I was heading out there to do a search,” Torres said, “so I got leads from friends. And they said they’d seen him.”

Based on the tips, Torres found the man and took surveillance footage of him to compare to the footage taken at the Memorial. The evidence then led to Henson’s arrest.

“I feel relieved. I am glad to bring the community to be relieved because there was an uproar… a lot of people were very disappointed hurt,” he said.

“[The] onePULSE Foundation is grateful to the Orlando Fire Department’s Arson and Bomb Squad for today’s arrest. As always, we are so appreciative of all of the first responders who work to keep our community safe,” the foundation dedicated to maintaining the memorial said.

Brandon Wolf, another Pulse survivor and LGBTQ activist, denounced the vandalization and thanked those that helped charge Henson.

“I’m grateful to the community members and organizations who were able to find the man responsible for this act of vandalism and have once again embodied this city’s spirit of support and unity,” he told the Times.

Last week, onePULSE released surveillance video on social media in an effort to help police identify the man, who was in a wheelchair at the time. The video, which runs for approximately 18 minutes, shows the man lighting fire to the banners and the subsequent blaze.

The twisted arsonist was caught on video rolling up to the monument before apparently using a lighter to set fire to memorials hung on an outside wall.

“Three Angel banners were burned along with other items within the affected area,” the group wrote with a Facebook post. The arsonist struck on “October 12 around 8:30 pm” according to the posting.

The shooting at Pulse on June 12, 2016, saw 49 patrons at the LGBTQ night club killed and 53 others wounded before police shot the gunman. It was the deadliest mass shooting in America at the time.

Mateen swore allegiance to ISIS before his death in the aftermath of the massacre, but the FBI never found evidence that he actually worked with the Iraq and Syria-based militant group. His wife, Noor Salman, was found not guilty on federal charges alleging she supported Mateen’s actions.

The site of the shooting and the interim memorial was declared a National Memorial by President Joe Biden in a proclamation he signed at the end of this year’s Pride Month, alongside LGBTQ lawmakers and Pulse survivors. A planned permanent memorial is being constructed.

Earlier this week, onePULSE Foundation dedicated a new flag pole at the Memorial in honor of Veteran’s Day.