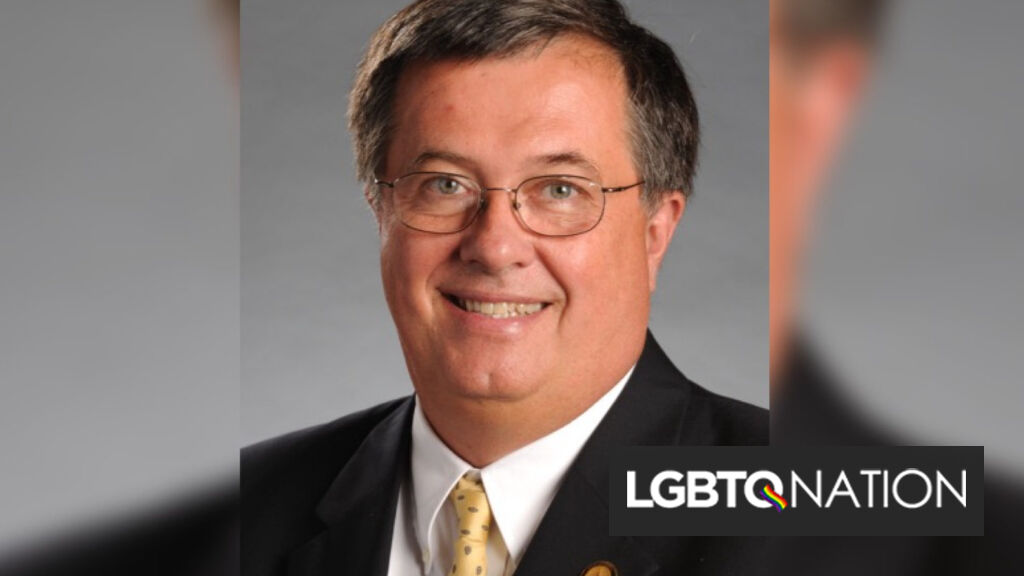 A proposed bill introduced in the Georgia House of Representatives earlier this month called for banning transgender girls from participating in sports. Critics and legal experts believed the proposal would be found as illegal if introduced into law, just like a similarly-written law in Idaho, which is currently blocked by injunction from a federal court.

So another proposal was introduced this week by other state legislators that went even further. House Bill 372 would redefine gender as “a person’s biological sex at birth” in state law, require state-funded schools and associations to ban participants they deem not ‘biologically’ male or female from sports, and calls for a panel to examine information about the genitalia or chromosomes of any participant who petitions otherwise.

Related: We’re talking about attacks on trans athletes on the latest episode of LGBTQ Nation’s podcast

State Rep. Philip Singleton (R) introduced House Bill 276 on February 3. It would have made the state the seventeenth in the nation to consider a bill that would ban transgender girls and women from competing in school sports as their gender.

Singleton’s proposal is still technically in committee, but it was lampooned by LGBTQ advocates and legal experts weren’t sure it would withstand in court. The Georgia School Boards Association’s director of policy Angela Palm wrote in an email to committee members that it would go against Title IX federal discrimination law, in addition to President Joe Biden’s executive order against LGBTQ discrimination.

Palm also noted that House Bill 276 included a provision waiving the state’s immunity to allow anyone “who is deprived of an athletic opportunity” by a school or athletic association to sue the organization in addition to the state’s board of regents. That would put school districts in “a no-win situation” in both state and federal courts, her email reportedly explained.

“We think it would be a big waste of government resources,” Jennifer Pizer of Lambda Legal told the Georgia Recorder.

So Rick Jasperse (R) introduced House Bill 372 on February 9. It also excludes trans girls and women from participating in school-based sports or athletic organizations, but additionally bans anyone that isn’t a cisgender male or female.

Even further, the bill allows for students to “petition” for the right to participate in sports. The petitions, however, “shall include, at a minimum, information regarding the student’s gender based on the student’s reproductive organs, genetic makeup, and other medically relevant factors,” the bill states. The petition will then be subject to “a panel of three physicians to review… and make recommendations to the athletic association.”

It also includes a provision to allow the state to be sued, waiving the state’s immunity — but granting protections for any “ordinarily reasonably prudent” actions by the physicians involved, as long as they are volunteers: “no physician acting in a voluntary capacity shall be liable for civil damages or subject to disciplinary action under professional licensing regulations as a result of the activities authorized or required by this Code section…”

House Bill 372 is co-sponsored by Rep. Ginny Ehrhart (R), who has introduced anti-trans copycat bills before, in addition to Reps. Jason Ridley (R), Mike Cameron (R), Rick Williams (R), and Steve Tarvin (R). It remains before the consideration of the Education committee.

This adds yet another bill to the previous 30-plus introduced in 20 states that targeted trans people, mostly banning their ability to play in sports or receive gender-affirming care.

After Idaho passed a law banning trans girls and women from participating in sports last year, several Republicans — and former Rep. Tulsi Gabbard (D-HI) — have chased similar proposals at the local, state and federal levels. A lawsuit is before federal judges challenging the ban, which has been prevented from taking place by federal injunction.

There are so many yikes here.

This isn’t about protecting girls’ sports. It’s about scapegoating trans Georgians, and it won’t stand. 🏳️‍⚧️🏳️‍🌈https://t.co/wZ69TGTBLE

The discriminatory bills HB 276 and HB 372 proposed by the Georgia GOP seek to deny transgender student athletes the opportunity to pursue their potential alongside their peers, all to solve a problem that does not exist. 1/