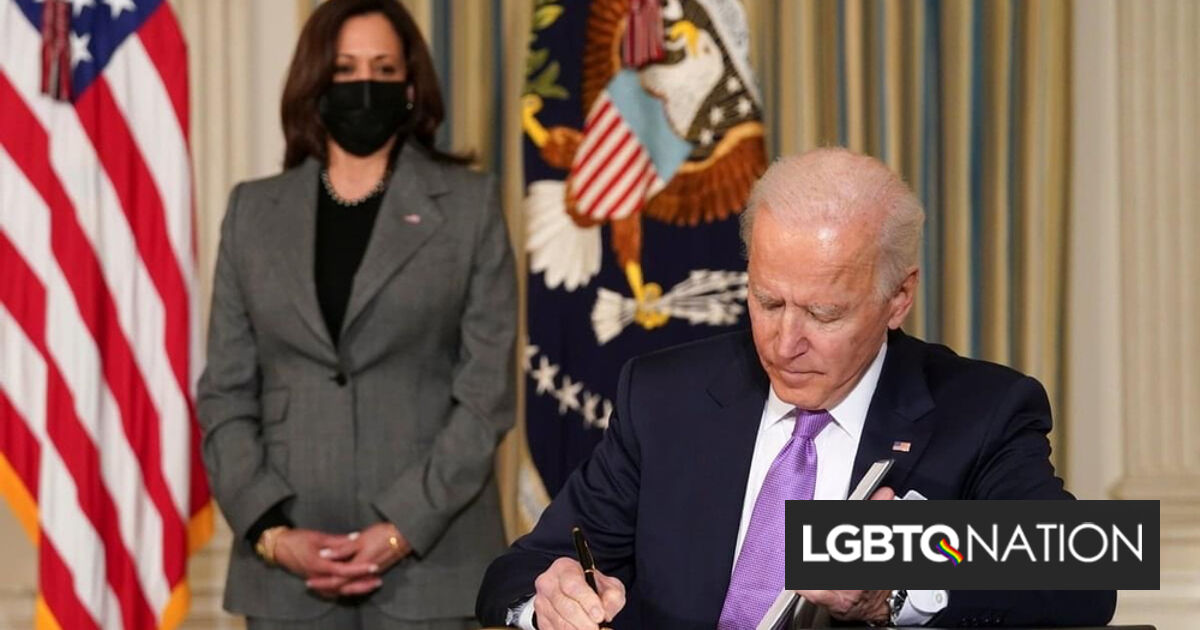 Today, President Joe Biden has issued a statement in recognition of Transgender Day of Remembrance. The President called for the passing of the Equality Act and condemned “un-American” anti-trans legislation adopted across the country, many banning trans youth from sports, receiving gender-affirming healthcare, or using facilities in public.

Today, for the first time in history, the White House is hosting a vigil in recognition of trans and gender-diverse people lost to violence, with Second Gentleman Doug Emhoff leading the ceremony. The White House has also released a report explaining several actions taken by the Biden-Harris Administration so far to address the root cause of anti-trans violence and discrimination.

“This year, at least 46 transgender individuals in this country—and hundreds more around the world—were killed in horrifying acts of violence,” Biden stated. “Each of these lives was precious. Each of them deserved freedom, justice, and joy. Today, on Transgender Day of Remembrance, we mourn those we lost in the deadliest year on record for transgender Americans, as well as the countless other transgender people—disproportionately Black and brown transgender women and girls—who face brutal violence, discrimination, and harassment.”

“I continue to call on state leaders and lawmakers to combat the disturbing proliferation of discriminatory state legislation targeting transgender people, especially transgender children. As I have said before, these bills are nothing more than bullying disguised as legislation, they are un-American, and they endanger the safety and well-being of our children. I also continue to urge the Senate to swiftly pass the Equality Act so that all people are able to live free from fear and discrimination.”

The President concluded, “Transgender people are some of the bravest Americans I know. But no person should have to be brave just to live in safety and dignity. Today, we remember. Tomorrow—and every day—we must continue to act.”

Today is the 23rd annual Transgender Day of Remembrance (TDOR), a day to honor the lives of transgender and non-binary individuals who have been lost to anti-trans violence.

TDOR was started in 1999 by trans advocate Gwendolyn Ann Smith to honor Rita Hester, a Black trans woman who was murdered in November 1998.

Earlier this month, the Human Rights Campaign (HRC) declared 2021 to be the deadliest year on record since the organization began tracking murders or violent deaths of transgender people. So far this year, they report that at least 47 trans and gender non-conforming people have been killed by violent means.

There are multiple events taking place virtually and/or in major cities across the country, as well as small communities, recognizing the several trans and gender non-conforming lives lost this year and every year. You can find out more about these events here.

The vigil the White House is holding will be in the Diplomatic Room of the White House. The report, “Memorializing Transgender Day of Remembrance,” from the White House’s Interagency Working Group on Safety, Opportunity, and Inclusion for Transgender and Gender Diverse Individuals, can be read here.