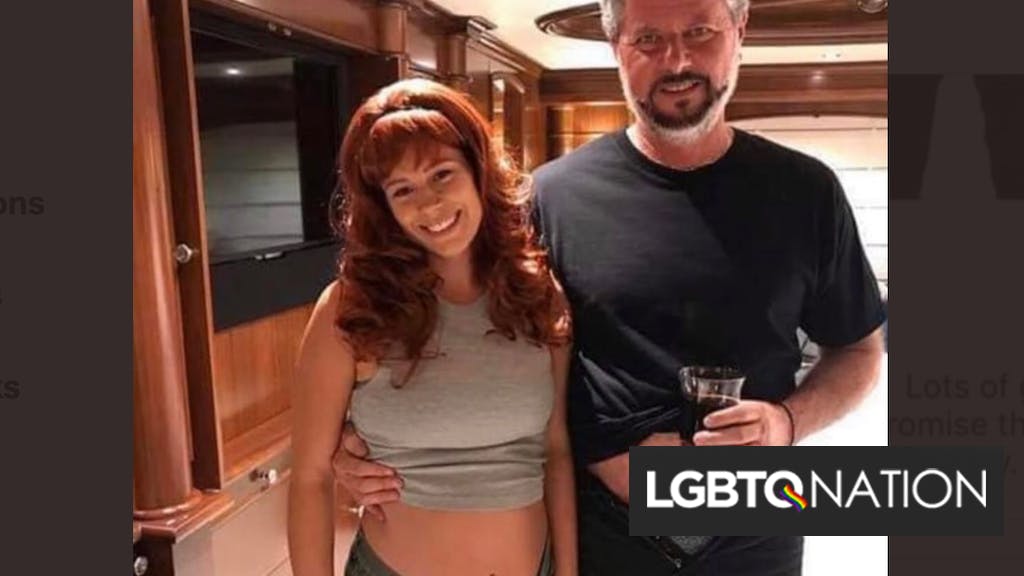 Evangelical leader and early Donald Trump supporter Jerry Falwell Jr. is no stranger to controversy. But his latest scandal may finally cost him his job as president of the nation’s largest evangelical Christian school, Liberty University.

While the school’s code of conduct forbids drinking alcohol and they enforce a strict dress code, Falwell’s behavior over the past few years would have gotten him expelled from his own school multiple times, including an Instagram photo he posted earlier this week with a young woman. Both of their pants were undone with Falwell’s underwear visible, his arm was around her waist, and he was holding what may have been an alcoholic drink that he claimed was “black water” in the caption.

While Falwell gave a slurred apology and a bizarre excuse for the naughty pic in a radio interview, it didn’t help squash the public outcry. Following the interview, Rep. Mark Walker (R-NC), a former Liberty University instructor and Vice Chair of the House Republican Conference, called on Falwell to resign.

“None of us are perfect, but students, faculty, alumni… deserve better.”

Falwell identified the woman as his wife’s assistant and said that her pants were open “because she’s pregnant so she couldn’t get her pants zipped.” He said that he wore old pants that didn’t fit, so he couldn’t close his either.

After the photo was caught and screenshotted by a Houston Chronicle reporter, it was deleted.

“Anyway, I’ve apologized to everybody, and I’ve promised my kids, I’m going to try to be a good boy from here on out,” Falwell said.

Falwell had previously made headlines when he allegedly hired Donald Trump’s “fixer” Michael Cohen to take care of some racy photos.

Officials at Liberty University have accused Falwell of abusing the university’s funds, talking graphically about his sex life at work, and other, ungodly behavior recently.

Falwell is allegedly “very, very vocal” about his sex life with university employees. Several sources said that he texts or sends racy pictures of his wife to male subordinates.

A former official recalled a car ride with Falwell. “All he wanted to talk about was how he would nail his wife, how she couldn’t handle [his penis size], and stuff of that sort,” the official said.

This isn’t the first time that the anti-LGBTQ evangelical leader has been caught behaving in ways his school considers inappropriate. Last year alleged photos of him and his son Trey Falwell at a nightclub in Miami were made public.

Several sources told Politico that Falwell went to “IT guy” John Gauger to get him to reduce the pictures’ prominence in Google searches.

Another employee said that Falwell sent a picture of his wife in a French maid outfit to his personal trainer Benjamin Crosswhite as a “thank you” for helping his wife get in shape, but he accidentally sent the picture to multiple people.

Crosswhite is one of two muscular young men Falwell has been accused of financially supporting with inappropriate business deals. The other was pool attendant Giancarlo Granda, who needed money to start a “gay friendly” hotel.

As a Music Faculty Advisory Board Member and former instructor @LibertyU, I’m convinced Falwell should step down.

None of us are perfect, but students, faculty, alumni and @LUPraise deserve better.