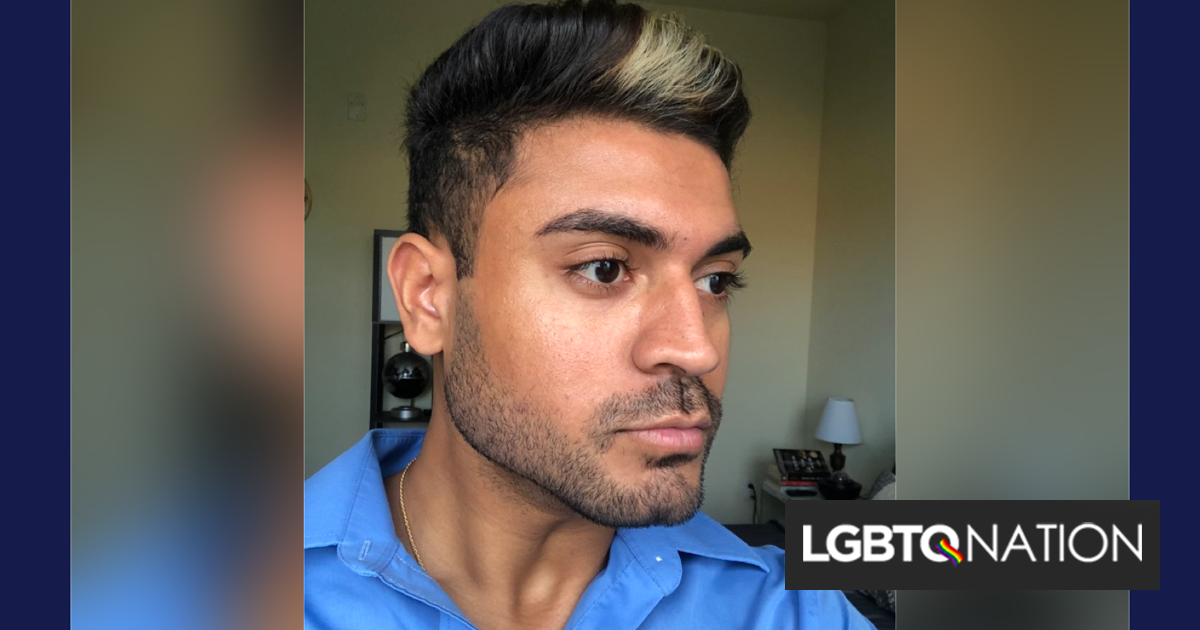 Mathew George, the co-host of the podcast She Rates Dogs, has died at the age of 26.

George’s death was announced today by his co-host, Michaela Okland. The Los Angeles Police Department (LAPD) reports that his death is the result of a hit-and-run collision in Beverly Hills that happened early this morning.

Related: News cameraman dies after being beaten by a bloodthirsty mob protesting a pride parade

The collision occurred on Beverly Boulevard in Beverly Hills at about 2:20 a.m. local time. The LAPD indicates that George was not walking in a marked crosswalk before being hit. The vehicle, a white BMW, continued eastbound without stopping after the incident. George was pronounced dead at the scene.

“I don’t really have any other words right now. I wish I could contact everybody who knows him personally but the news is already out and I just can’t do it right now,” Okland said in a tweet earlier today confirming George’s death.

I would rather you guys here this from me than a news article. Mat was killed in a hit and run last night. I don’t really have any other words right now. I wish I could contact everybody who knows him personally but the news is already out and I just can’t do it right now

The podcast, based on a social media page started by Okland, discussed “the journey and the mishaps of dating men” from episode to episode. The podcast’s Instagram page biography reads, “The Dogs are ur exes.”

George was a comedian, media personality and entertainer who graduated from Arizona State University in 2017 after studying biology. He formerly worked at OrthoArizona and was a creator that contributed content via the digital app Fanhouse.

After the podcast started in 2020, George recounted his decision to leave medicine and focus on entertainment in an interview with Shoutout Arizona this past December.

“I knew it was risky but I also knew that if I didn’t try I would never stop wondering what could’ve been,” he said. “So I did it. I packed up my apartment and left my friends in Arizona to move to LA…. with this being the biggest risk I’ve ever taken, I was understandably a nervous wreck.

“5 months later I can honestly say that I am SO happy that I did this,” he concluded.

He explained that coming out to his community in college made him realize “A lot of these stories were funny to others, which then gave me more confidence to start sharing them with even more people.”

Just in March, George recounted his coming out to his family on Twitter.

My coming out story: I texted the family group chat that I’m gay while I was blacked out, got ignored by everyone and then watched as every single person responded when my sister sent a picture of the enchiladas she made 4 hours later

He also said, “The most rewarding moments are when members of the LGBTQ+ community reach out to me and tell me what a difference I’ve made in their lives.”

After announcing her co-host’s death, Okland further said via the podcast’s Twitter, “I know in years to come I’ll feel so lucky that there’s so many recordings of Mat’s laugh to revisit.”

Hi everybody, Michaela here. Mat and I recorded one more episode that was meant to come out Tuesday but it will likely be put on hold. I know in years to come I’ll feel so lucky that there’s so many recordings of Mat’s laugh to revisit. I am not ready to talk about everything,

or to have to use past-tense to describe him. I think you all knew within 10 seconds of listening to him how vibrant, loving, accepting, and wonderful Mat George is. This community made him so happy. Your words and support made him so happy. Thanks for talking about him

Tributes have already begun pouring in for the young entertainer. Nearly every post online remembering George recounts how much joy and laughter he bought to others.

Meanwhile, the LAPD is actively investigating and request that anyone with information share tips with them by calling the West Traffic Division office at 213-473-0234, or contacting Crime Stoppers at 800-222-8477.

SheRatesDogs pod has gotten me through some very rough nights when I felt alone. My heart breaks for Michaela and everyone Mat brought light to. Rest in peace, Mat George.

Mat George was the funniest person I know hands down, funnier than most career comedians. I told him that every time we talked. His career barely got started and I was so excited to watch him succeed. I’m at a loss for words. Rest In Peace.

rest in peace mat george. no one brought joy like you did

During his time at Fanhouse, Mat George shared his comedy and spread laughter across our team and community. We send our deepest condolences to everyone who knew him. Thank you Mat for the positive impact you’ve made. You will always be a part of this team. pic.twitter.com/WkO3JxNTbA

mat george was a beautiful person. I don’t know what else to say.