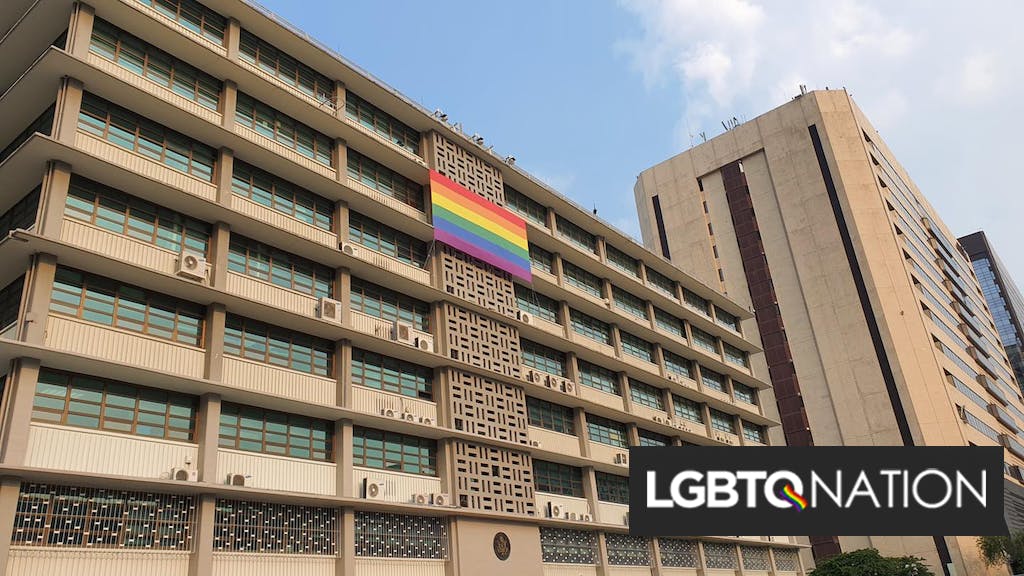 The U.S. embassy in Seoul, South Korea has removed a rainbow Pride flag and a Black Lives Matter (BLM) banner from the exterior of its chancery after a request from the U.S. State Department direct from Secretary of State Mike Pompeo.

Ambassador Harry Harris had hung the BLM banner from the building’s facade. The Pride flag had been hanging since late May, presumably in preparation for Pride month in June.

In a June 13 tweet, the embassy explained that it had hung the BLM flag to show “solidarity” and “support for the fight against racial injustice and police brutality as we strive to be a more inclusive & just society.”

The State Department says it requested the BLM banner be removed because BLM is a non-profit organization, and the U.S. has a policy of not promoting or encouraging contributions to any specific groups or organizations.

“I believe what President John F. Kennedy said at American University on June 10, 1963. ‘If we can’t get rid of each other’s differences right now, at least we can help them become a safe world that respects diversity.’ The United States is a free and diverse country,” Ambassador Harry Harris tweeted after being told to remove the banners. “From diversity, we gain strength.”

In a statement about the BLM banner’s removal, an embassy spokesperson said, “This in no way lessens the principles and ideals expressed by raising the banner, and the Embassy will look for other ways to convey fundamental American values in these times of difficulty at home.”

The embassy removed both the Pride flag and the BLM banner on June 15.

In the Trump era, the flying of Pride flags at worldwide U.S. embassies have become an understated way to oppose the current administration’s relentless attacks on the LGBTQ community. In June 2019, Trump’s State Department forbade at least four requests from U.S. embassies around the world seeking to fly the rainbow flag during Pride month.

But embassies worldwide defied Trump and flew Pride flags without permission that year anyway. Vice President Mike Pence later defended the administration’s ban on flying pride flags as a form of patriotism, saying that only American flags should fly outside of embassies.

Pompeo himself has a history of opposing LGBTQ rights throughout his political career.