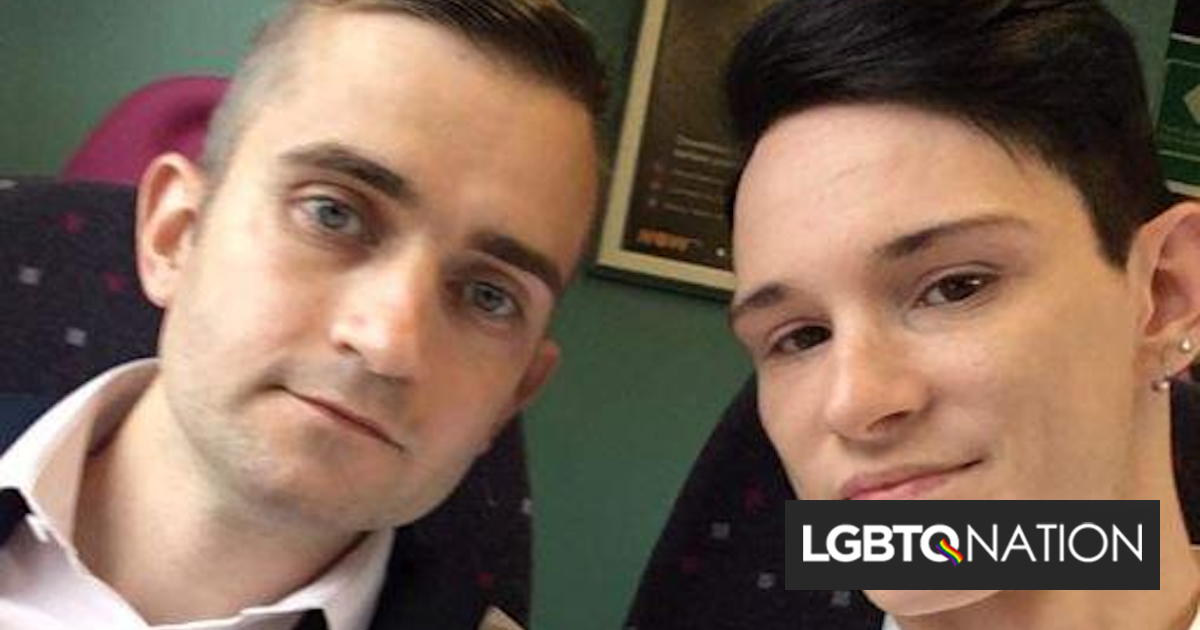 After leaving the Colors nightclub in the town of Basildon, England at 1 a.m. last Sunday morning, a group of five men attacked Dan Wilson and his boyfriend Rob Morris.

The group possibly targeted Morris because they disliked that he had dressed in drag. The group shouted anti-gay slurs while punching, kicking and stomping on the men, mere feet away from the couple’s apartment.

Related: He kissed his boyfriend & got off the bus with a smile. That’s when his basher attacked.

“We’re covered in cuts and bruises, and I’ve got cracked ribs,” Wilson, a 36-year-old man told Echo News. “Rob came off worse. He had his head stamped on by them.”

“It was horrible,” Wilson said, adding that he and Morris thought that they were going to die, until a couple intervened and caused the attackers to flee. The couple then visited a nearby emergency room to treat their injuries.

The men said that they made five emergency calls to the Essex Police Department in London, but officers didn’t respond until the following day.

“It’s horrible, I keep getting really upset about it,” Wilson’s father, Dave Wilson, told the aforementioned publication. “These people need to be named and shamed. I’m completely lost for words at what happened…. It’s disgusting.”

The police have since said that they’re investigating the attack, though there have been no mentions of arrests. The police department also offered an explanation for their unhelpfully slow response.

“We know how distressing these incidents are,” a spokesperson for the Essex Police said. “At the time this incident was called into us, all our available officers were deployed elsewhere.”

“We try to respond to as many calls as possible with officers attending as many incidents as possible,” the spokesperson continued. “However, a number of factors could impact on our ability to respond, including the number of incidents taking place within the district….  There may also be a large number of emergency calls that officers are attending.”

Dan Wilson commented, “This kind of thing just shouldn’t be happening. Basildon is meant to be promoting the LGBT community.”