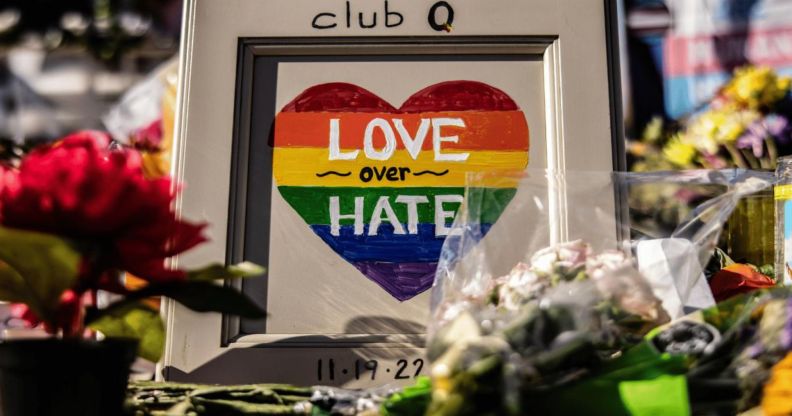 Colorado Springs suspect Anderson Lee Aldrich has been charged with the deaths of five people at a mass shooting inside the LGBTQ+ club Club Q. (Getty)

The training was held on Tuesday night (20 December) following a gunman opening fire in Club Q on 19 November – killing two bartenders and three patrons, with at least 25 others injured.

Atlanta Police chief Darin Scheirbaum said the training, which is geared towards queer venues, was the idea of Mayor Andre Dickens.

“This is vital, right? God forbid this ever should occur. But if it happens, wherever you may be in this country, this is good training to have.

According to the police chief there are three avenues of action that can be taken in the event of an active shooting situation. These are: evacuate, create a safe space within the venue, or confront the attacker.

“This has become part of our culture, unfortunately, as we’re responding to gun violence. So this type of training is key. It’s how we keep our community safe. It’s how we respond quickly if something tragic happens,” Schierbaum added.

Atlanta master of ceremonies, Morris Singletary, attended the training and learnt how to respond quickly and with confidence should he ever be confronted with an active shooter.

Singletary said he attended to “have the opportunity to learn how to protect, or maybe save lives, should we have an incident like what’s happened across the United States.

“As a person who has the mic, I have control of how we can either alert people without causing harm or to give notice to who may be in harm’s way.”

Anderson Lee Aldrich, who lawyers say uses they/them pronouns, has been charged with 305 criminal counts, including five counts of first-degree murder and multiple hate crime charges in relation to the Club Q shooting.

In the UK, Birmingham police announced the New Rainbow StreetWatch initiative, which will put individuals on the streets to protect the city’s queer community.

A recent study found the majority of LGBTQ+ hate crime victims fail to report to police because they feel it’s “too minor” and they don’t trust the service.