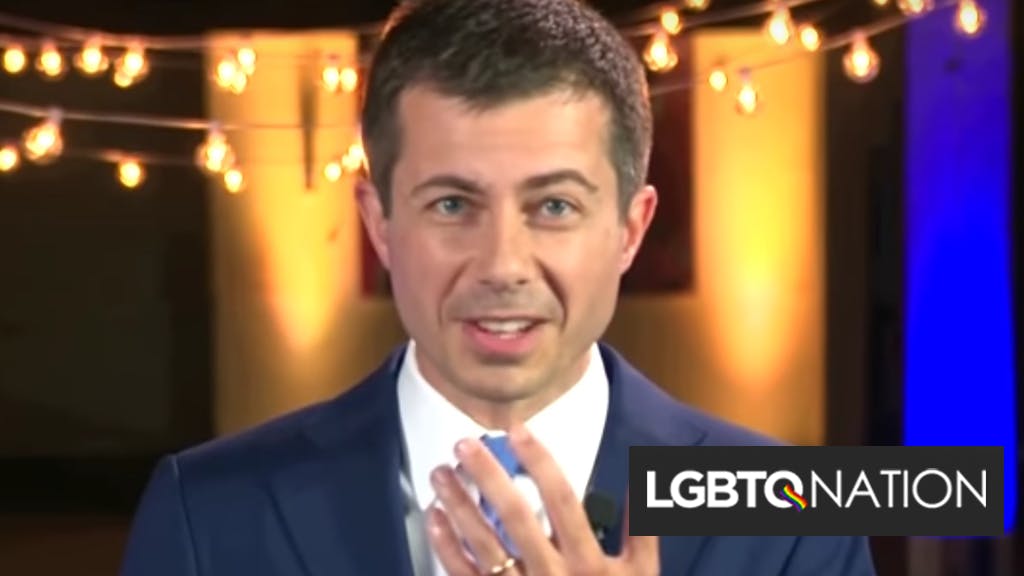 Former South Bend, Indiana Mayor Pete Buttigieg and Sen. Tammy Baldwin (D-WI) gave three-minute speeches last night. Buttigieg talked about inclusivity, drawing on his experiences of being gay and in the military. Baldwin focused on access to health care – especially for her non-traditional family – and the coronavirus pandemic.

“Just over 10 years ago, I joined a military where firing me because of who I am wasn’t just possible—it was policy,” Buttigieg said in his speech. “Now in 2020, it is unlawful in America to fire anyone because of who they are or who they love.”

“The very ring on my finger,” he said, showing everyone his wedding ring, “reflects how this country can change. Love makes my marriage real, but political courage made it possible — including that of Joe Biden, who stepped out ahead of even this party when he said that marriage equality should be the law of the land.”

“Can America be a place where faith is about healing and not exclusion? Can we become a country that lives up to the truth that Black Lives Matter?”

“The day I was born, close to where I’m standing, here in South Bend, the idea of an ‘out’ candidate seeking any federal office at all was laughable. Yet earlier this year I campaigned for the presidency, often with my husband at my side, winning delegates to this very convention.”

“We all have stories like this. Stories about a time when the system was rigged against us. When we were counted out, left out, pushed out,” Baldwin said.

“We got that done. And, yes, it was a big effin’ deal,” she said, a reference to a 2010 Joe Biden line on the Affordable Care Act.