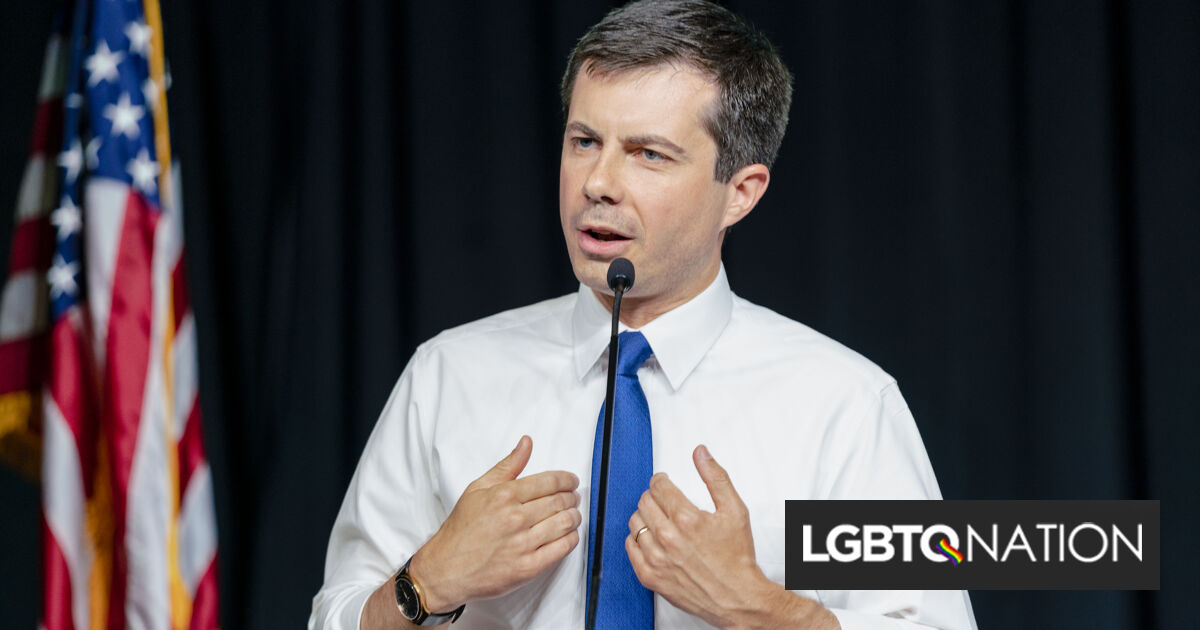 Every day, Fox News’ most popular white supremacist and homophobic bigot Tucker Carlson spews hateful, ignorant bile. But it’s not every day that the targets of his hatred clap back.

Recently, Carlson mocked Transportation Secretary Pete Buttigieg for taking paternity leave to help his husband raise their adopted newborn twins. Carlson said the men were “trying to figure out how to breastfeed.”

Related: Chasten & Pete Buttigieg settle into “peternity” with the gayest dad joke ever

While social media commenters swiftly criticized Carlson for his idiotic insult, Buttigieg himself also responded with characteristic classiness, calling out Carlson’s idiocy, hypocrisy and privilege, all in the same clapback.

“In [Carlson’s] case, I guess he just doesn’t understand the concept of bottle-feeding let alone the concept of paternity leave,” Buttigieg said on MSNBC.

But Buttigieg was just getting warmed up.

“This attack is coming from a guy who has yet to explain his apparent approval for the assassination of Harvey Milk, so obviously, we know there’s some dark places where some of these attitudes come from,” Buttigieg said, referencing the fact that Carlson’s 1991 yearbook from his senior year at Trinity College in Hartford, Connecticut listed him as a member of the “Dan White Society”, a group that ostensibly honored the coward who assassinated gay politician Harvey Milk.

“But I also note that [Carlson] doesn’t speak for the country,” Buttigieg added. “I don’t think that even speaks for most people on the other side of the aisle from the party that I belong to.”

“This is largely a consensus issue, ” Buttigieg said, “not just a support for families like mine to have a right to marry and right to be treated equally but also that families in general, moms and dads, ought to be able to support their children, including with paid family leave.”

“I’m blessed to be able to experience that as an employee, being able to have the flexibility to take care of our newborn children, which is, by the way, work,” he continued. “It’s a joyful work. It’s wonderful work, but it’s definitely work.”

Meanwhile, Carlson’s hateful comment is just the tip of his anti-LGBTQ iceberg.