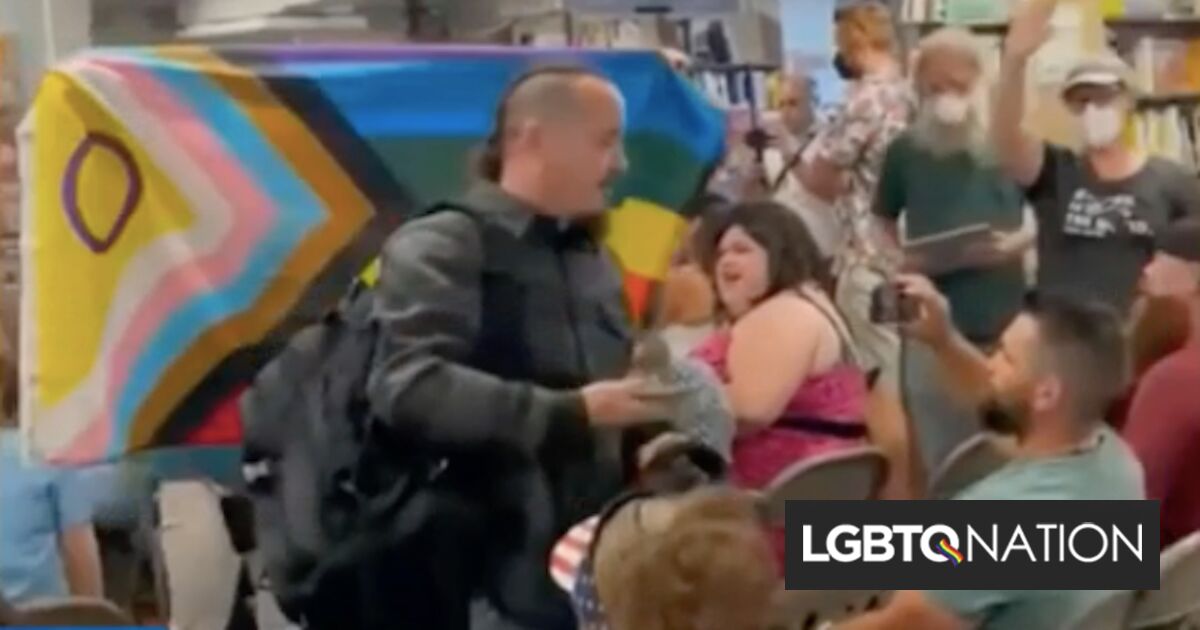 A group of LGBTQ allies successfully stopped anti-queer protesters from disrupting a drag queen story hour event at a bookstore in Campbell, California — a city near the San Francisco Bay Area.

During the protest, a man walked into the family-friendly children’s event at the Books Inc. store on Wednesday, chanting, “Shame on you! You’re sacrificing your children!”

“He was saying like some really transphobic stuff. Like he was calling me a ‘transvestite’ and I shouldn’t be let around the children, and the parents should be ashamed of themselves,” Tori Tia, a drag queen story time reader, told KNTV.

Luckily, the store received a number of calls before the event warning of a possible protest. In response, the store’s management hired extra security and also notified the police, Tia, and the local LGBTQ group, Silicon Valley Pride.

So when the protester showed up, the parents were ready for him.

Instead of panicking, the crowd drowned out the man’s shouting with chants, waving him goodbye. One person held a progressive Pride flag bearing an intersex “O” in the protestor’s face as a way to shield the children from seeing him.

The police made no arrests, saying that the protest occurred in a public space with no laws being broken.

It has become common for right-wingers to try and disrupt family-friendly drag events and accuse drag performers of “grooming” their children for molestation.

Most drag events attended by children feature lip-sync performances, sing-alongs, and storytelling by performers in colorful costumes and makeup. The performers teach kids about self-acceptance and caring for others who may look or love differently than they do. The children often enjoy the performers’ colorful costumes, and queer parents can feel accepted without fear of harassment from other audience members.

Right-wingers have issued terroristic bomb and death threats against local libraries for holding these events. Such protesters sometimes infiltrate the venues, frightening children and their families as well as recording and threatening public exposure of any adults who participate in them.