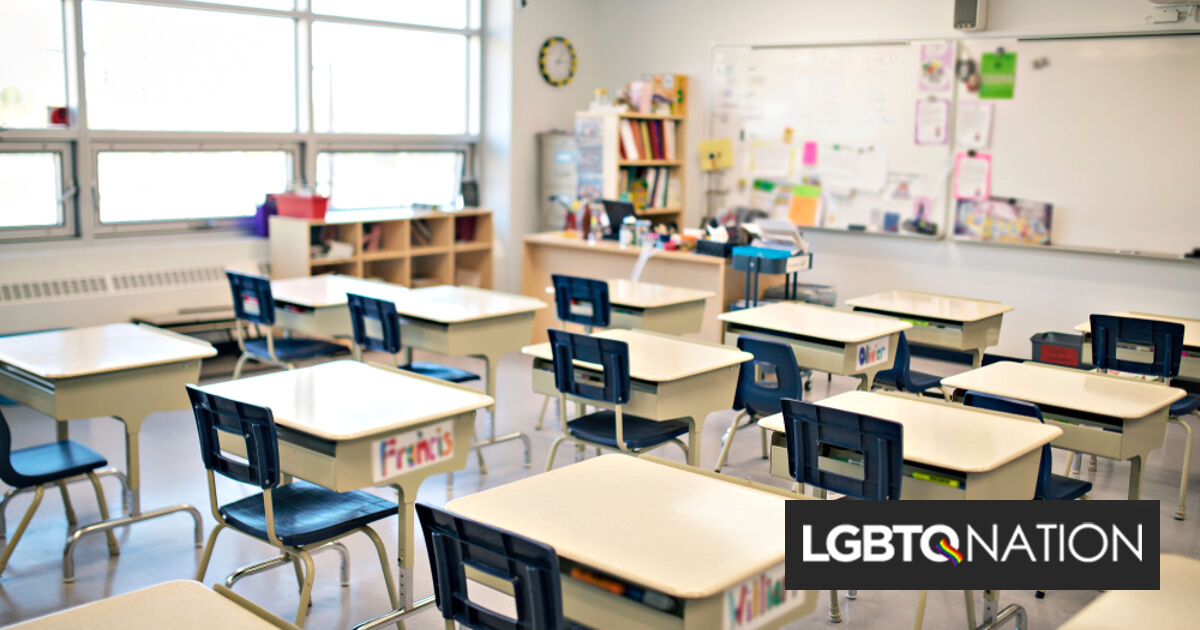 In southern Oregon this week, a battle over pronouns spilled from social media into a school board meeting where parents and other “concerned citizens” demanded the ouster of a nonbinary first-grade teacher.

The meeting attracted several dozen speakers and protesters, who insisted on addressing the issue despite the board’s directive that personnel decisions were not a topic for discussion in the public forum, particularly when it involved privacy issues.

Speakers at the mic were undeterred.

“Parents want these conversations to be had at home and not at school,” district resident Tanner Fairrington told the board. “First graders are very early in their development, and I believe that exposure to the complexity of preferred pronouns and gender roles is not appropriate for this age group.”

“My wife and I want our children to attend traditional public school,” said Farrington, “and issues like this are why they do not.”

Griffin Creek parent John Furnish asserted the nonbinary teacher’s preferred pronouns were having a “direct impact on my first grader.”

“The policies of diversity and everything, I understand, is something that’s coming down, and Oregon is adopting these changes, and you guys have to implement them. Unfortunately, those policies are having a negative impact on my daughter,” Furnish said.

“It’s easy to be a keyboard hero,” he said of the social media campaign that sparked calls for the teacher’s firing, “but actually to come out in public and say what you mean and stay and fight for that, that’s what I’ve done for my country, and that’s what I’m doing here for my kids.”

Medford resident Kathy Hischar, who identified herself as a “concerned grandparent,” told the board it was time to “go back to basics.”

Students, Hischar said, “should not have to question why their teacher is a girl but dresses like a boy, and why they can’t address her as Mrs. or Miss.”

Many students already refer to many teachers as something other than Mrs. or Miss, in this case, the teacher’s students would be asked to address their nonbinary instructor as “Teacher” rather than with an honorific.

Under Title IX, federal law bans discrimination based on sex, stating: “No person in the United States shall, on the basis of sex, be excluded from participation in, be denied the benefits of, or be subjected to discrimination under any education program or activity receiving Federal financial assistance.”

And Title VII of the Civil Rights Act of 1964 bans discrimination on the basis of sex. The Supreme Court ruled in its Bostock v. Clayton Co. decision in 2020 that Title VII’s protections apply to LGBTQ workers as well.