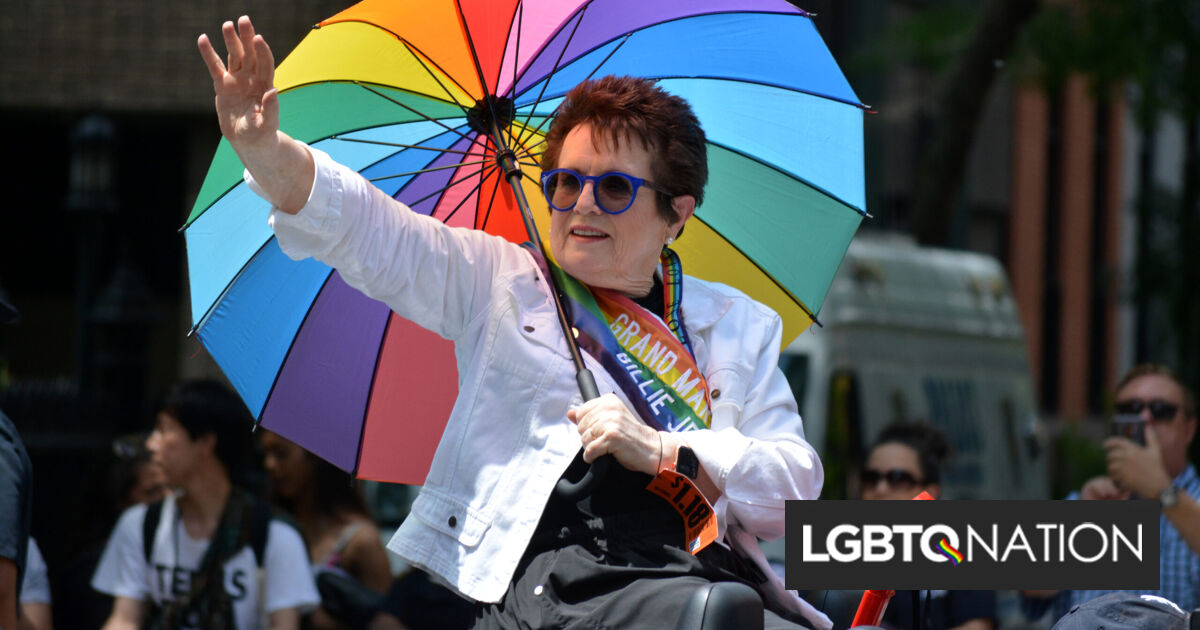 King, who is attending the French Open, received the award in recognition of her contributions to women’s sports, gender equality, and the rights of LGBTQ people in athletics. She was a part of a short ceremony at the presidential Elysee Palace where French President Emmanuel Macron was in attendance.

Related: Billie Jean King’s ex-husband will no longer get credit for her 6 Wimbledon singles wins

King returned to the main clay court at the Paris tennis complex that hosts the French Open for a ceremony celebrating the 50th anniversary of winning the 1972 tournament title.

In 1971, King risked her career to start the Virginia Slims Tour for professional women players. It led to the creation of the Women’s Tennis Association in 1973 as the organizing body for women’s professional tennis.

King has continued since then to be a champion of women, especially transgender women. It wasn’t that long ago that she showed her support for transgender athletes playing with members of their gender.

Back in 2020, King was one of 174 other female athletes who signed an amicus brief in support of transgender girls and women playing sports as their gender identity.

“As women and LGBTQ+ athletes,” says their brief, they “submit that all youth deserve an equal opportunity to participate in sports alongside their peers. Such equal opportunity benefits the entire sports community.”

The brief was filed in Hecox v. Little, a lawsuit brought against the state of Idaho, which passed a law this year banning transgender girls and women from competing in school sports as girls and women.

The law also allows for female student-athletes gender to be “challenged” and requires the athlete to undergo medical exams to “prove” it. A doctor, the law says, will have to examine the athlete’s genitalia, hormones, and DNA and make a determination of their gender, something that Democrats pointed out is not recommended by the American Academy of Pediatrics.

Boise State University athlete Lindsay Hecox, who is transgender, and the ACLU filed a federal lawsuit against Idaho Gov. Brad Little (R) to overturn the law.

“There is no place in any sport for discrimination of any kind. I am proud to support all transgender athletes who simply want the access and opportunity to compete in the sport they love,” wrote King. “The global athletic community grows stronger when we welcome and champion all athletes – including LGBTQI+ athletes.”