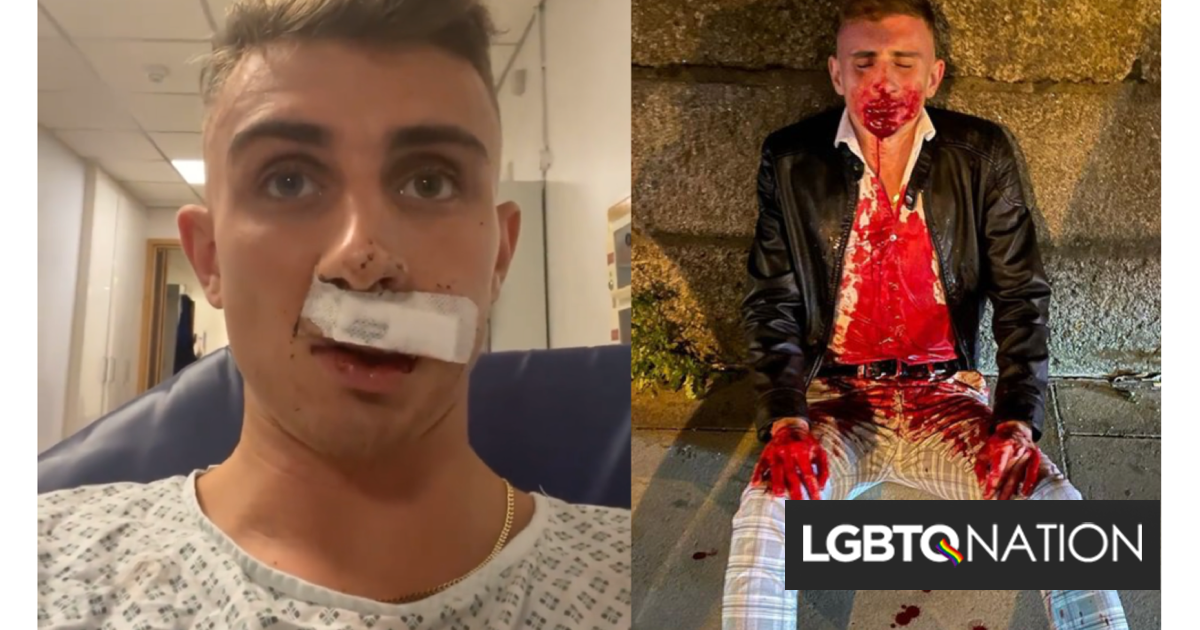 We know Jack Woolley is a fighter. After all, he won an Olympic competitor in men’s Taekwondo at the Olympics in Tokyo that concluded last week. The martial artist also has an estimated 61 percent winning rate in recorded fights.

Yet, it was a fight that Woolley wasn’t willingly a party to that has sent him to the hospital this weekend.

Related: LGBTQ athletes win more medals at the Olympics than nearly 200 other nations

The four-time European Games medalist, currently ranked number three in the world in his weight class competing in the Korean martial arts technique, posted to Instagram that he fell victim to a punch from a complete stranger on the street while going out with a friend in his native Ireland.

“Last night (Friday 13th August) I went for a meal with my friend. Followed by a bar for a couple of drinks,” Woolley wrote in an Instagram post. “Heading back along the River Liffey a gang of [roughly] 8-12 men and women in their 20s began violently attacking people along the boardwalk. Unfortunately I was victim to these random attacks as I was just walking [by] before I was punched in the face by one of these group members.

“Only one punch and followed by ‘my mistake wrong person’ then they continued to run off down the road attacking more civilians minding their own business,” he said.

Mistake or not, the punch nearly knocked Woolley out and left him with a severely damaged lip.

“Luckily I was able to phone an ambulance and stay conscious,” he wrote. “My friends helped me through out all over this and I’m glad to say they both are well and safe.”

While Woolley and his friends are fine, he has heard otherwise for the other strangers that were caught in the mass brawl.

“I am lucky this is all that happened as there were a handful of us hospitalised and one I have heard to have died after being stabbed,” Woolley wrote, noting that he’s only heard that through “word of mouth.”

Woolley reports that he’s currently waiting to have surgery at St. James’s Hospital in Dublin and he hopes to recover after “a tough couple of months.”

In subsequent Instagram story posts, Woolley noted, “it looks worse than it is, so don’t worry.”

He’s expecting to have surgery today to repair his lip. Gardaí, the Irish state police force, has confirmed they are investigating all of the alleged attacks that took place on Friday the 13th.

“I am calling on senior garda figures to take a serious look at the current levels of garda personnel available to police our streets in the wake of this attack,” elected politician John Lahart said in a statement following Woolley’s hospitalization.

Woolley competed at the 2020 Olympics in Tokyo, held last month after a delay of a year due to the pandemic. The 22 year-old competed in the 58 kilogram (approximately 128 lbs) weight class but was eliminated in the round of 32.

Woolley is the first Irish athlete to qualify in Taekwondo. While he barely lost a chance to compete in the Rio Olympics in 2016, he ended up qualifying for the trip to Tokyo.

In a documentary produced during the lead-up to the Rio games, Woolley – then 17 – came out as bisexual. He has since said he regrets doing it because some of his opponents won’t shake his hand after matches.

“People assume a lot about you when you are given a label. They will say you are very flamboyant or whatever, but the thing is I kick people for a living,” he said in 2020.

“It is tough, my sport. A lot of the top athletes would be Muslim, so you can’t be too open about it,” he said. “I have had some opponents who wouldn’t shake my hand and I’m just thinking ‘You need to cop on.’ Some have, though, one of the top fighters in the world came up to shake my hand after I won the European silver. I appreciated that.”