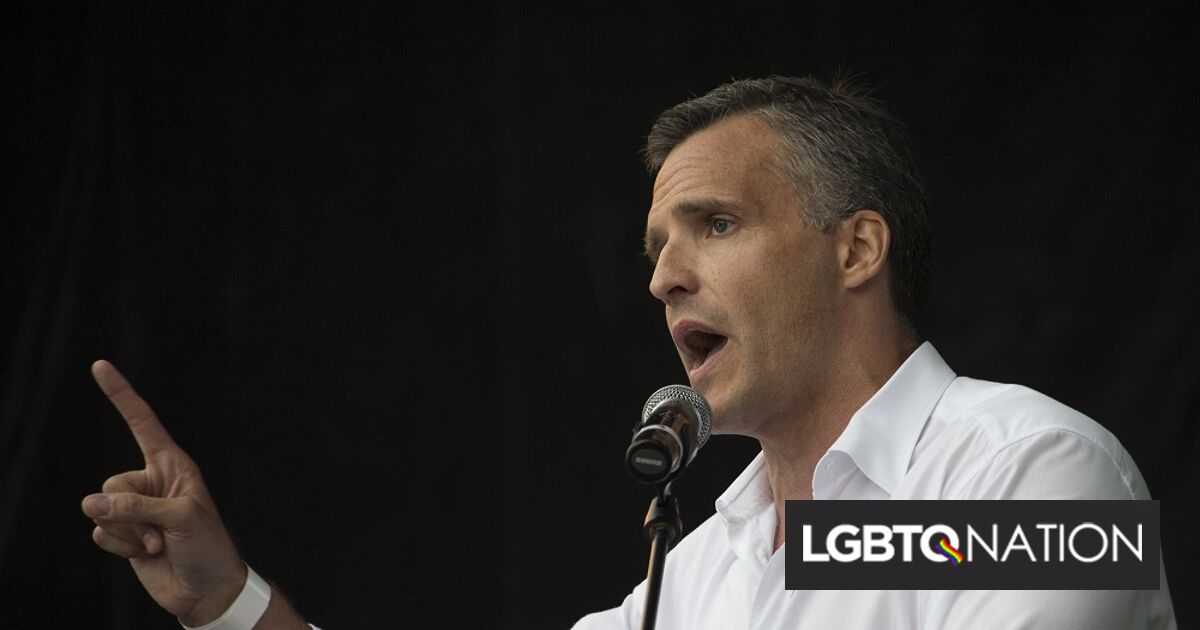 Rufus Gifford was sworn in as the Chief of Protocol this week, along with 30 other ambassador appointees in the Biden administration. Gifford, the former U.S. Ambassador to Denmark during President Barack Obama’s second term in office, is returning to the State Department for the prestigious position after being appointed by President Joe Biden as the first out man to the position.

Gifford will act as a liaison between the foreign diplomatic corps in Washington and the administration, oversee State Department and Blair House functions, and travel with the president frequently. The Chief of Protocol is expected to welcome foreign officials, manage the president’s official guesthouse at Blair House, and maintain the United States’ diplomatic protocol. Chiefs of Protocol also hold the titles of Ambassador and Assistant Secretary of State.

“Today, with my right hand in the air, my left hand on an American flag which flew over Embassy Copenhagen given to me by the Marines five years ago, my wonderful husband by my side and my head and my heart full of emotion I took the oath to serve as Chief of Protocol of the United States with the rank of Ambassador,” Gifford wrote across social media on January 3. “An honor like this so rarely comes around – let alone twice – and I promise to serve with dignity, respect and heart.

His expected nomination in December 2020, with Axios noting that the chief’s hand is “usually the first shaken by a dignitary upon arriving in the United States.” Gifford was confirmed in December.

Today, with my right hand in the air, my left hand on an American flag which flew over Embassy Copenhagen given to me by the Marines five years ago, my wonderful husband by my side and my head and my heart full of emotion… pic.twitter.com/8Qw2KmfAMS

An honor like this so rarely comes around – let alone twice – and I promise to serve with dignity, respect and heart.

Gifford was one of Barack Obama’s top election campaign advisers before being nominated as an ambassador. He was Biden’s deputy campaign manager focused on finance, external outreach, and coalition building.

Gifford was referred to as Obama’s unofficial “ambassador to the gay community.” He was named ambassador in 2013, and in 2015 he married his husband Stephen DeVincent in Copenhagen, shortly after marriage equality was legalized in the U.S.

In 2008, Gifford served as an adviser to the Obama campaign. During Obama’s first term, he was the Democratic National Committee’s finance director. In 2012, he was the finance director of Obama’s reelection campaign, before he was named ambassador.

In 2018, he ran for Congress in Massachusetts, but he lost the campaign.

He was incredibly popular with the Danish people and other European diplomats while he was an ambassador. He even won a Danish television award for his participation in the documentary series, “I am the Ambassador from America.”

Gifford hosted the premiere Pride party in the country at the American Embassy and marched in the yearly parade. While invitations to the soirée were previously the hottest tickets in Copenhagen, once Trump took office, the event became taboo.

“We do not want to rubber stamp the Trump administration’s backlash of LGBT rights by our presence. We are aware that the invitations may be perceived as personal, but it must be clear that there is no official participation by LGBT Denmark’s leadership,” LGBT Denmark’s Peder Holk Svendsen told reporters. The group is the oldest queer organization in the country.

Even Copenhagen Pride, once the biggest booster of the American Pride festivities, refused to attend the event.