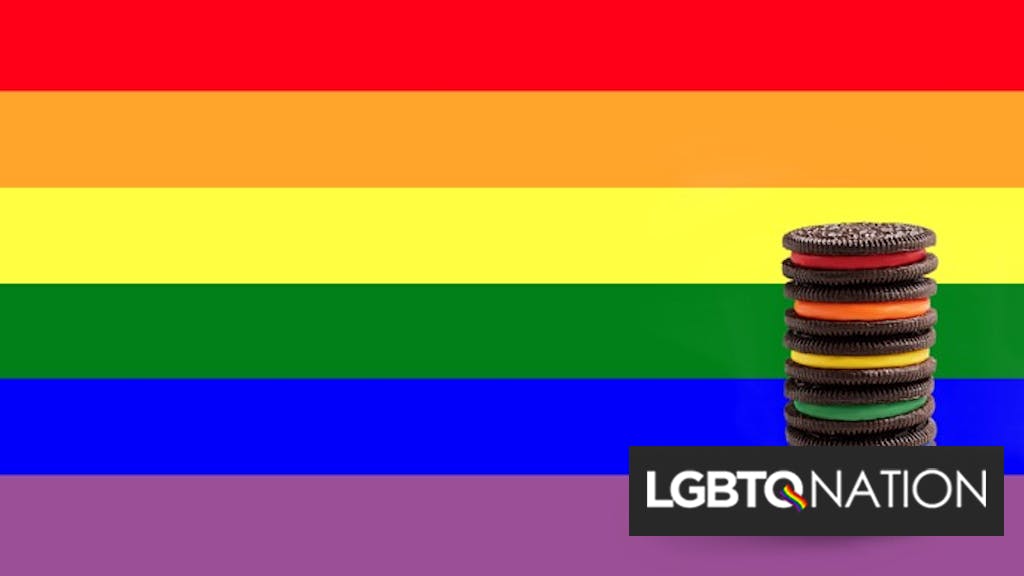 If you hadn’t heard from the “One Million Moms” in a while, you’re not alone. Other than attempting to boycott some shows and films, they have been focused on pushing support for Supreme Court nominee Amy Coney Barrett as of late. They see Barrett’s confirmation as a chance to reverse marriage equality, citing her “clear” conservative views and that she “loves the Lord.”

Now, they finally have found something else to try and cancel.

Earlier this week, the cookie brand OREO kicked off its partnership with the non-profit PFLAG, the first and largest LGBTQ allyship organization in the country, with the official release of Rainbow OREOs for the first time, plus a touching ad that chronicles a father’s acceptance of his daughter’s sexuality and relationship.

That’s just too far for “One Million Moms” – or, at least, their sole staff member, director Monica Cole.

She urges her blog’s fans to call out OREO’s parent company, Mondelēz International, for trying to “indoctrinate” children by “supporting the homosexual agenda” instead of “remaining neutral in the cultural war”, in a move that she claims is “just bad business.” They also want readers to pledge not to buy any more of Mondelēz’s products, namely belVITA, Chips Ahoy!, Sour Patch Kids, and Wheat Thins – all produced by Mondelēz subsidiary Nabisco.

“Mondelez (sic) International is attempting to normalize the LGBTQ lifestyle by using their commercials,” she writes, “such as the most recent Oreo ad featuring a lesbian couple, to brainwash children and adults alike by desensitizing audiences.”

They especially took issue with the company’s partnership with PFLAG, and the #ProudParent social media campaign. Posting the hashtag gives users a chance to receive the exclusive Rainbow OREOs packs, of which only 10,000 were produced.

As usual, Cole asked her followers to sign a “petition” to express their disapproval over OREO’s latest acts. This self-hosted “petition” asks for a user’s name, ZIP code and email address which would then be “added to One Million Mom’s e-mail list” by default.

Above the form is the declaration, “I am extremely disappointed that Oreo and Mondelez (sic) are refusing to remain neutral in the cultural war…Mondelez (sic) is pushing the LGBTQ agenda on families with their most recent Oreo commercial and collaboration with PFLAG. If Mondelez (sic) cannot remain neutral, then I will no longer buy your products.”

In less than a week, “One Million Moms” claims nearly 12,000 people are so outraged by Mondelēz’s actions that they signed their “petition.”

The supposed family advocacy group is really a blog that acts as a front for Cole, a leading figure at the American Family Association (AFA), a SPLC-designated hate group. The “One Million Moms” website is not even in the top one million websites on the internet. An early & frequent target, Ellen DeGeneres, once joked that the group must be “rounding to the nearest million, and I get that.”

In nearly a decade of being a leading anti-LGBTQ figure, Cole’s most crowning achievement of late had been managing to convince the Hallmark Channel to pull commercials from wedding registry website Zola that featured a lesbian couple. Hallmark’s CEO stepped in and the network eventually did a 180, allowing the commercials to air and apologizing for the decision.

They have since claimed that Hallmark “betrayed” them, especially after they recently decided to produce a film that includes a same-sex wedding.

The “One Million Moms” blog has not garnered anything close to such a “high” point since. They have yet to succeed in campaigns to get companies such as Disney, FOX, and Scholastic to take down something pro-LGBTQ they had produced. Last month, they expressed how “offended” they were by a Dole commercial, which featured two lesbian parents using the phrase “fruit bowl” as a substitution for other language around their children.

Their own “successes” page hasn’t added anything new since June 2019, when they claimed victory over the Hershey Company over a KitKat commercial that contained the Missy Elliott song “Work It” – only citing as evidence the fact that Hershey had released a different commercial, months later.

If this all sounds familiar, you may recall that One Million Moms also tried to bring down OREO in 2012. A branch of Kraft Foods, the company that owned the cookie brand at the time, posted a photo edited into a Pride-colored rainbow OREO online in 2012. One Million Moms, along with its actual operator, the American Family Association, led efforts to boycott the brand. Kraft, however, stood by the posts.