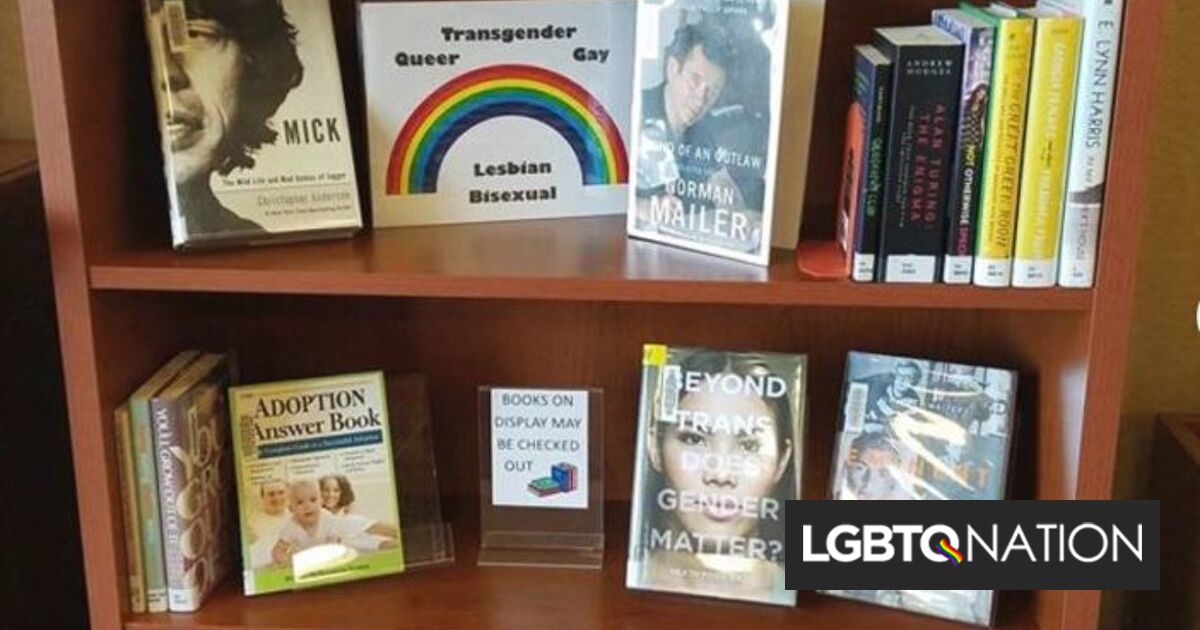 A public library on Long Island, N.Y., has reversed its decision to remove its Pride displays and ban all LGBTQ-themed books from its children’s section. The decision comes after widespread outcry this week and an admonishment on Twitter from Gov. Kathy Hochul.

“For many LGBTQ+ kids, libraries are one of the few spaces where they can be welcomed and affirmed for who they are,” Hochul tweeted on Wednesday. “Our public spaces should be accepting our young people — not rejecting them.”

For many LGBTQ+ kids, libraries are one of the few spaces where they can be welcomed and affirmed for who they are.

Our public spaces should be accepting our young people — not rejecting them.

To LGBTQ+ New Yorkers: We stand with you, we support you, & you are welcome here. https://t.co/x6w1q8o3El

In a statement, Hochul also said that she would direct the state’s Division of Human Rights to investigate the move. “Public places are prohibited by law from engaging in discrimination based on sexual orientation or gender identity,” she said.

Best-selling author Jodi Picoult, who once worked as a page at the Smithtown Library, weighed in. “I’m disgusted by the trustees who voted for this,” Picoult tweeted on Wednesday night.

You may have seen my comments about this today. I used to work as a page at @SmithLibRef. I’m disgusted by the trustees who voted for this. Libraries are for all, & representation matters. Smithtown folks, how do you feel about being a place where books are banned? What’s next? https://t.co/X0cT709s1Y

On Tuesday, the Smithtown Library Board of Trustees voted to ban Pride displays and LGBTQ books from the children’s sections of Smithtown Library buildings. The New York Library Association called the decision “a direct violation of NYLA’s commitment to intellectual freedom and the freedom to read that libraries are entrusted to uphold.”

📣 Libraries. Are. For. Everyone. NYLA condemns the Smithtown Library Board of Trustees resolution to remove all Pride displays & books on display of the same subject from all Children’s sections in their buildings. Read our full statement here: https://t.co/QgkgNG9gZB

“This ban of any displays related to Pride sets a dangerous precedent for libraries across the state because it normalizes the victimization of LGBTQ+ youth in their schools and in their communities, which has dire consequences,” the NYLA’s statement continues, noting the high numbers of LGBTQ young people who report attempting suicide.

The library board voted to rescind the ban at a special emergency meeting on Thursday night. But Long Island’s LGBT Network will move ahead with initiatives originally planned to launch in the fall which are aimed at “permanently changing the landscape of our schools for our LGBTQ youth and the leadership that makes up our school boards and library trustee seats.” The organization will establish “LGBT Network ambassadors” to school districts who will ensure that LGBTQ curriculum is taught “and that our history is recognized, represented and not erased,” LGBT Network president and CEO David Kilmnick said at a press conference on Thursday.

The organization also plans to launch a leadership and training program aimed at encouraging LGBTQ-affirming parents and allies to run for local school and library boards.

“The reversal overall is good because it gets those books and displays back into the libraries,” LGBT Network vice president and COO Robert Vitelli said. “The commentary that went along with the votes shows there’s still a lot that needs to be done.”