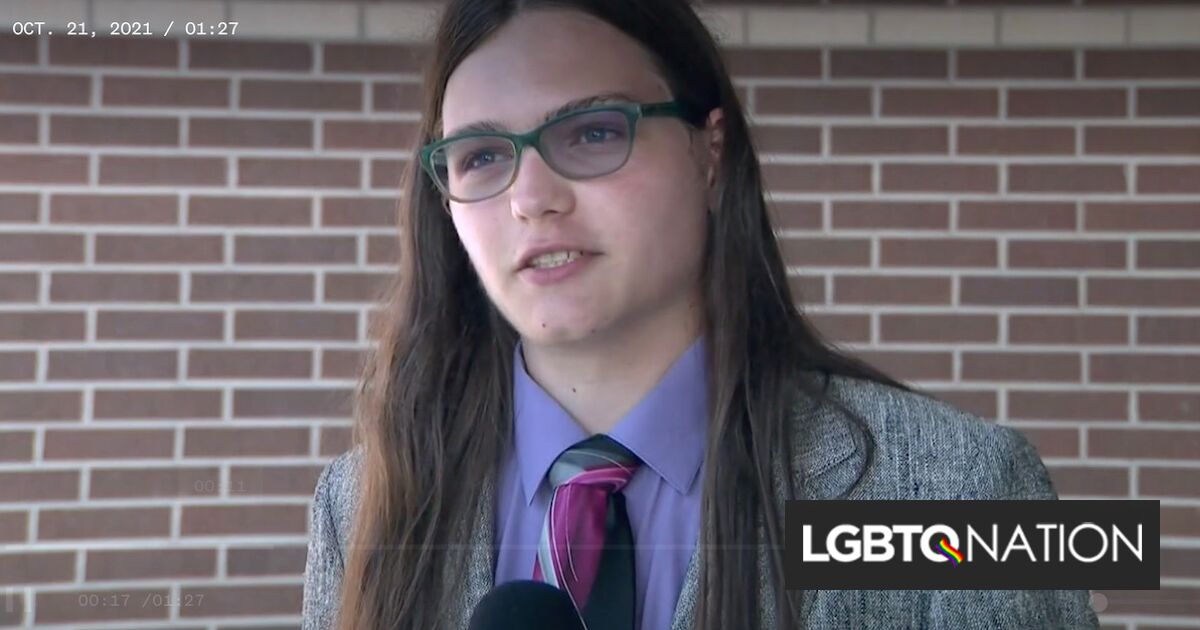 The Houston-area Magnolia Independent School District has dropped its discriminatory dress code policy that punished boys and non-binary students for wearing their hair too long.

A school board voted on the change in a Monday night meeting. The board also changed made it dress code policy on earrings gender-neutral, The Texas Tribune reported.

Parents and the Texas chapter of the American Civil Liberties Union (ACLU) sued the school last October after the school punished several students, including a Latino 11-year-old boy who wore a ponytail to represent his culture. As part of the district’s settlement with the ACLU, the students punished under the policy will “have their records expunged.”

Of the seven students involved in the lawsuit, six identified as boys and one identified as non-binary. The school reportedly refused to recognize the non-binary student’s gender and made them follow the male dress code.

The students had been subjected to long in-school suspensions, “disciplinary alternative education program,” and other punishments, for failing to make sure that their hair didn’t fall past the bottom of their ears. The dress code also said that all hair must be kept out of the eyes and yet forbade boys from wearing a ponytail or bun.

“Plaintiffs have been subject to severe, ongoing, and escalating harms due to the district-wide policy that prohibits boys, but not girls, from wearing long hair,” the lawsuit stated. “They have been denied classroom instruction, barred from extracurricular activities, and forced to be suspended and separated from their peers for well over a month simply because these students do not conform to Magnolia ISD’s stereotypical notions of gender.”

The 11-year-old non-binary student, referred to as T.M. in the lawsuit, said that they had “worn long hair for the last couple years as a critical component of expressing their gender identity.”

“If T.M. is forced to wear short hair based on gender stereotypes associated with their gender assigned at birth,” the lawsuit continued, “T.M. will lose a vital part of who they are and sacrifice an essential element of their gender expression.”

T.M.’s mother, Danielle Miller, spoke with the Texas Tribune about the trauma their child endured by even the thought of having to cut their hair. T.M. was “just in absolute devastation and tears,” Miller said.

“Based on [their] reaction and how harsh and traumatized they were, I realized that we weren’t going to be cutting [their] hair.”

After the lawsuit was filed, the school district initially released a statement claiming that its dress code didn’t violate Title IX, the federal law requiring equal treatment and opportunities for students regardless of sex. The school also issued a later statement to NBC News claiming to “respect varying viewpoints” as well as “the rights of citizens to advocate for change.”