Nina West was forced into hiding after homophobic attacks. She’s still standing up to haters. 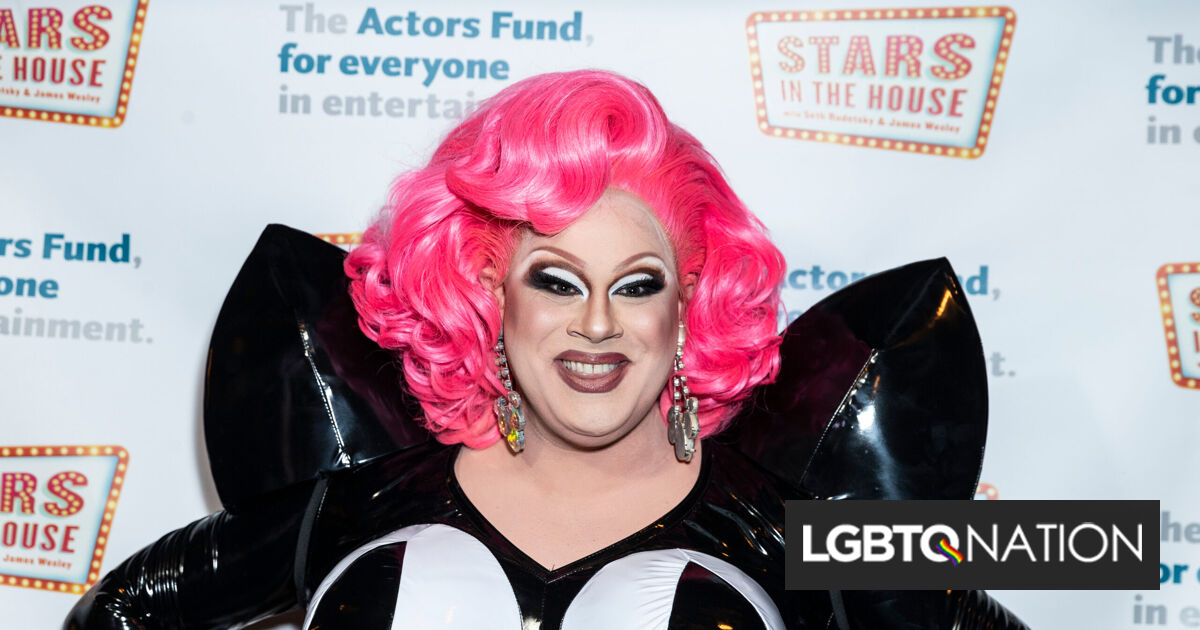 For RuPaul’s Drag Race alum Nina West, it was a December to remember – and one she’d surely like to forget.

Following the Club Q shooting in Colorado Springs in November and a Proud Boys assault on a drag queen story hour in her hometown of Columbus, Ohio, West – also known as actor and drag performer Andrew Levitt – was moved to write an open letter to the community to share her fears, and a warning.

“A far-right wing faction has been successfully targeting and harassing drag queens and labeling us as ‘groomers,’ which I fear will lead to more bloodshed,” West wrote for Out in December. “I had forgotten what it was like to be afraid for my life because of my sexuality, and that is exactly what these bigots want. They want to scare us back into the closet.”

West shared her own history with virtual drag queen story hours as a performer “teaching acceptance” and as the victim of a coordinated harassment campaign.

“My Live feed was inundated by internet trolls posting horrific comments like ‘die faggot.’ There were families watching. I was horrified. I was scared. But it got worse. My address and legal name were shared all over the dark web. During broadcasts, I would be interrupted by shouting and car horns in front of my house. One day, someone blew an air horn, right outside my window, which was very, very scary. Signs were left on my lawn: ‘a pedophile lives here.’”

West was forced into hiding.

Then last week in Ft. Lauderdale, West was hosting A Drag Queen Christmas, a variety show on tour at major venues in Florida, when a right-wing Twitter troll stood up mid-performance and started shouting that the show was obscene. “It’s not right for kids to be at this thing!” self-described “indy reporter” Chris Nelson yelled, filming himself, as the audience shouted him down. Nelson demanded those responsible be arrested.

With grace under pressure, West replied: “Sir, I’m going to give you an opportunity to apologize, because the person I am talking to is 35 years old.” The audience broke into laughter and cheers. “So, if you would like to introduce yourself and apologize to her personally…”

After noticing MULTIPLE children in the audience at the explicit Drag Queen Christmas in Ft Lauderdale I called out performer Nina West for inviting and allowing children to come to her sexually explicit shows! pic.twitter.com/3XA4qqV0IR

Instead, Nelson was booed and headed for the exits, yelling all the way: “It is not right! This is not right!” Police followed him out the doors and off the property. Soon after, Nelson pushed the incident on his Twitter account.

“After noticing MULTIPLE children in the audience at the explicit Drag Queen Christmas in Ft Lauderdale,” Nelson posted, “I called out performer Nina West for inviting and allowing children to come to her sexually explicit shows!”

Days later, Republican Florida Governor Ron DeSantis’ administration opened an investigation into the Christmas drag show, as protests for and against erupted at venues in Miami, Orlando and Clearwater.

“Exposing children to sexually explicit activity is a crime in Florida, and such actions violate the Department’s licensing standards for operating a business and holding a liquor license,” DeSantis spokesperson Bryan Griffin said in a statement.

West broke out in 2019 on Season 11 of RuPaul’s Drag Race. She placed sixth and won Miss Congeniality.

In October, she published a children’s book titled, The You Kind Of Kind, with a theme encouraging kindness, inclusion and love.

“I in no way imagined the world in 2022 would be so dangerous for a drag queen to publish a book,” West wrote in her message to the community.  She said the haters she’s standing up to hope that “LGBTQ voices will self-censor and go back into hiding. That’s not going to happen.”