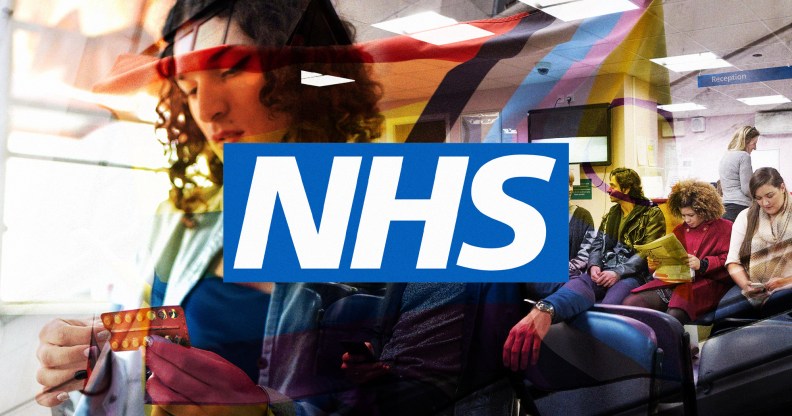 LGBTQ+ people already face disproportionately worse healthcare outcomes in the UK – and that’s without an NHS in crisis.

The NHS is crumbling. A&E and ambulance waiting times are spiralling out of control. There aren’t enough hospital beds, because the broken social care system means medically fit people aren’t being discharged. Nurses and ambulance drivers are going on strike over pay, and junior doctors might be next.

The number of excess deaths in 2022 was among in the worst 50 years – the president of the Royal College of Emergency Medicine has said the unfolding crisis in urgent care could be responsible for 300 to 500 deaths per week. Without decisive action by politicians to invest in staff and services, the outlook is grim.

Like so many others, Matthew Hodson was horrified when he saw just how bad things had become.

In April 2022, he was sent to A&E after falling ill. For a while, it was “touch and go” whether he would need surgery. Fortunately, he didn’t, but any significant delay to his treatment could have resulted in “life-changing surgery”.

Had this happened more recently, it’s quite likely that things would have been different.

“It makes you realise how fragile so much of the [health] service is,” Hodson tells PinkNews.

“I think part of the problem is that for a long time healthcare, NHS trusts, healthcare professionals have been told that they need to trim any excess, but when you’re actually operating at 100 per cent of your capacity, if any additional burden is placed on that service, there’s no give.”

LGBTQ+ people already have poor experiences with the NHS

The crisis is a dangerous threat to everybody who relies on free healthcare.

For LGBTQ+ people specifically, it’s compounded by existing barriers – the NHS has acknowledged that outcomes are disproportionately poor for the queer community.

In the government’s 2017 National LGBT Survey, 16 per cent of LGBTQ+ people said they had a negative experience when accessing public health services because of their sexual orientation, while 38 per cent had a bad experience on the basis of their gender identity. More than half (51 per cent) faced waits for mental health care, while years-long waiting lists for gender-affirming care are well-documented.

Cleo Madeleine, communications officer for trans charity Gendered Intelligence, explains: “LGBT+ people already have worse access to healthcare than the general population, with both physical and mental health outcomes falling across the board. Some of this stems from a lack of education on LGBT+ people or an excess of stigma around specific needs like sexual health and gender identity services.

“Elsewhere we find that LGBT+ people – as many as 25 per cent – avoid seeking necessary care because they fear reprisal, or because they have been denied healthcare because of their identity before.”

Because many will struggle to access the care they need, late diagnoses of serious illnesses are a real possibility.

That’s a problem for LGBTQ+ cancer patients, who already face issues with getting a timely diagnosis and accessing equitable care.

“In screening, we see poorer experiences, lower rates of uptake, and trans people often not receiving automatic invitations if they have updated their gender marker,” says Stewart O’Callaghan, founder and chief executive of LGBTQ+ cancer charity Live Through This.

“We also know our community shows delay when presenting to the GP with a symptom. When diagnosed and receiving care I frequently hear of poorer experiences in our community, but patients are afraid to challenge this for fear of retaliation and that it may make their care worse.”

As well as making screening programmes more inclusive, O’Callaghan says “the NHS and its staff need education on why being LGBTIQ+ is relevant to health and patient experience”. He says that there is an appetite for education and improvements – the problem is, as you move up the ladder, “conversations around inequalities become tokenistic”.

“It’s difficult to create meaningful change if people don’t understand the impact of their actions,” he says.

Looking at the state of the NHS as a whole, Madeleine is clear that the crisis and the resulting impact on LGBTQ+ people are down to the government.

“Like many of the other challenges facing the UK right now, it is those who are already marginalised who will feel the bite the most,” she says.

“And, like many of the challenges facing the LGBT+ community in the UK, this crisis has been engineered and driven by the carelessness, failure, and outright malice of the government.

“Until proper support is given to the NHS and the healthcare professionals working tirelessly to keep it alive, those who most need care will continue to struggle to get it.”