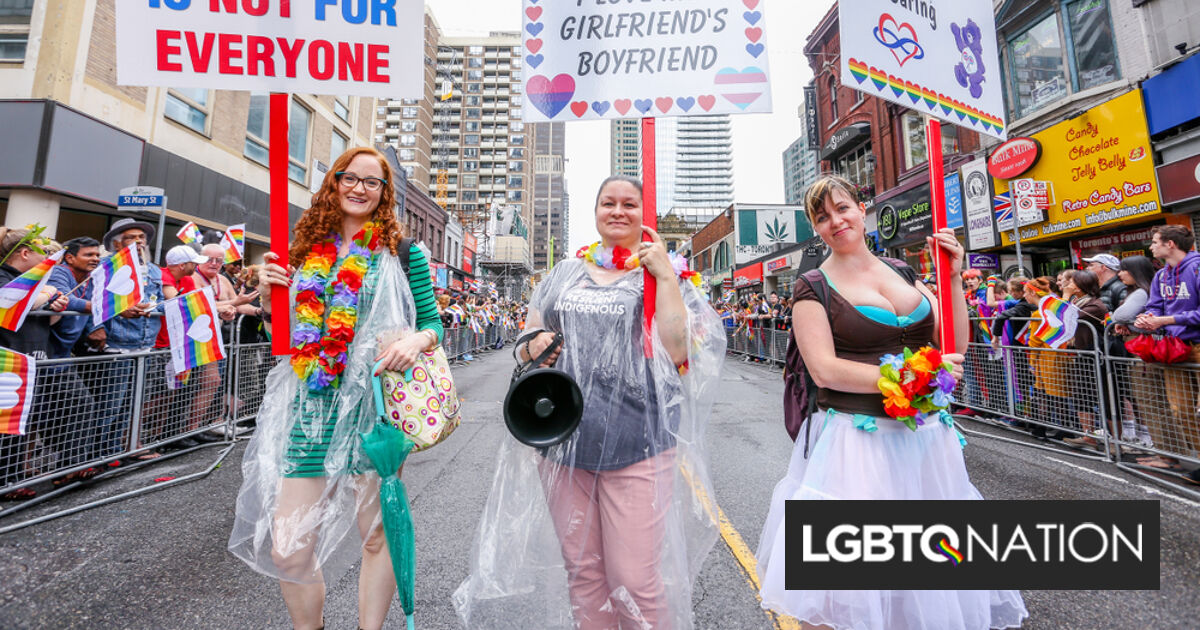 New York City’s eviction court – the venue of a landmark same-sex relationship decision long before Obergefell v Hodges – is now the source of a legal opinion that comes down clearly on the side of polyamorous unions.

The decision came in the case of West 49th St., LLC v. O’Neill, decided by New York Civil Court Judge Karen May Bacdayan, concluded that polyamorous relationships are entitled to the same sort of legal protection given to two-person relationships.

The case revolves around three individuals. Scott Anderson and Markyus O’Neill lived together in a New York City apartment. Anderson held the lease, but was married to another man, Robert Romano, who lived at another address. After Anderson died, the building’s owner contended O’Neill had no right to renew the lease since he was just a “roommate” of Anderson’s and not “a non-traditional family member.”

The court concluded that there needed to be a hearing about whether Anderson, Romano and O’Neill were in a polyamorous relationship.

Before gay marriage was legalized in any state, Braschi v. Stahl Assocs. Co. was decided in 1989 and made the New York State Court of Appeals the first American appellate court to recognize that a two-person, same-sex relationship is entitled to legal recognition.

“Braschi is widely regarded as a catalyst for the legal challenges and changes that ensued,” Bacdayan wrote in her opinion. “By the end of 2014, gay marriage was legal in 35 states through either legislation or state court action. Obergefell v Hodges (2015), the seminal Supreme Court decision that established same-sex marriage as a constitutional right was also heralded as groundbreaking.”

The judge cited legislation enacted since the advent of federally recognized same sex unions. “In February 2020, the Utah legislature passed a so-called Bigamy Bill, decriminalizing the offense by downgrading it from a felony to a misdemeanor. In June [2020], Somerville, Massachusetts, passed an ordinance allowing groups of three or more people who ‘consider themselves to be a family’ to be recognized as domestic partners. The neighboring town of Cambridge followed suit, passing a broader ordinance recognizing multi-partner relationships. The law has proceeded even more rapidly in recognizing that it is possible for a child to have more than two legal parents.”

“Why then,” posited the judge, “except for the very real possibility of implicit majoritarian animus, is the limitation of two persons inserted into the definition of a family-like relationship for the purposes of receiving the same protections from eviction accorded to legally formalized or blood relationships? Is ‘two’ a ‘code word’ for monogamy? Why does a person have to be committed to one other person in only certain prescribed ways in order to enjoy stability in housing after the departure of a loved one?”

The attorney for the property owner characterized defendant O’Neill’s affidavit, claiming himself as a non-traditional family member, as a “fairytale.”

The case returns to court after further investigation of the three individuals’ relationship.