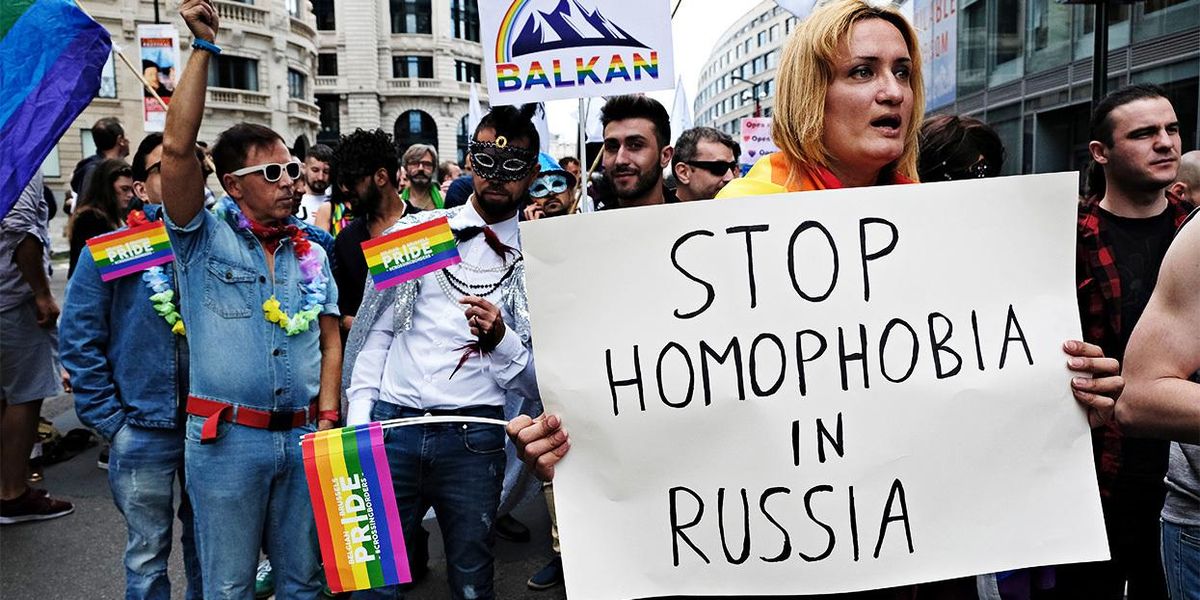 A government committee regulating compliance with the new anti-LGBTQ+ law in Russia has issued a list of criteria for banning content online and in the media, and several notable film titles have disappeared from streamers in the country.

The Russian language news outlet Vedomosti reports that the new rules from the Roskomnadzor (RKN) ban any content that affirms “nontraditional” sexual relations or relationships, forbids affirmation of transgender and nonbinary people, and bans any attempts to speak in support of the LGBTQ+ community.

The RKN had earlier sent a list of films and TV shows it classified as LGBTQ+ propaganda and in violation of the new law. The list included the films Brokeback Mountain (2005) and Call Me By Your Name (2017), as well as episodes from TV shows The Sex Lives of College Girls and This Is Going to Hurt.

Alexander Khinshtein, a member of the State Duma and coauthor of the censorship law, told Vedomosti he held two meetings with the top managers of three major streaming services in the country last December, where he delivered the criteria list and discussed its implementation. The group also reportedly agreed on a short transitional period for the streamers to remove content now considered illegal under the new law.

The news of the committee’s list was condemned by Amnesty International’s Russia chapter.

“This unabashed censorship shows that the Russian authorities are wholly out-of-step with human rights, willing to blatantly violate the right to freedom of expression. Disguised as ‘protecting traditional values,’ this outrageous move will not only further stigmatize millions of LGBTI people but expose them to increasing discrimination and stigma, hostility, and violent acts,” Natalia Zviagina, Amnesty International’s Russia Director, said. “This censorship directive, not to mention the anti-LGBTI law itself, must be immediately repealed. It’s time for Russia to stop promoting and endorsing discrimination against LGBTI people and understand and recognize that their rights are human rights, and protect them.”

The new law expanded a 2013 ban against spreading “propaganda of nontraditional sexual relations” to minors to also include adults. The new law took effect December 5 and makes it illegal to promote or “praise” LGBTQ relationships, publicly express non-heterosexual orientations, or suggest that they are “normal.” The new law also bans all advertising, media, and online resource books, films, and theater productions that affirm the LGBTQ+ community or individuals.

While the new laws took effect last December, they will not be fully enforced until September 1, 2023. The new rules will also expire after six years.