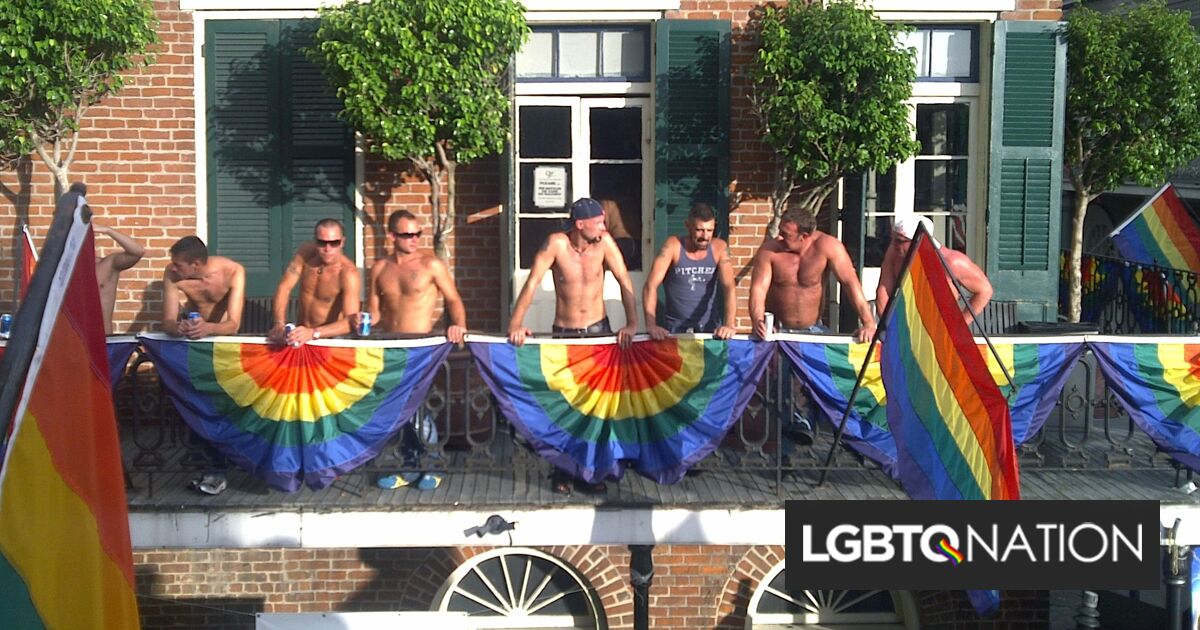 As New Orleans braces for a massive influx of LGBTQ community members for the annual Southern Decadence festival in the Crescent City, health officials are warning the five-day circuit party will become a major monkeypox (MPXV) superspreader event.

According to Jennifer Avegno, New Orleans health director, the federal government has agreed to give the state just 9,200 doses of the MPXV vaccine, some of which won’t arrive until the middle of September.

In response, newly appointed White House National Monkeypox Response Deputy Coordinator Dr. Demetre Daskalakis told LGBTQ Nation, “The White House is working closely with Louisiana and New Orleans health officials to coordinate an effective strategy to combat the spread of the virus at this event and others like it around the country.”

To date, feds have resisted calls from Louisiana health officials to provide the state with more vaccines ahead of one of the major events on the gay social calendar. The Louisiana Department of Health requested an additional 15,000 doses outside of the state’s normal allocation to help prepare for the festival.

“This will be a superspreader event without additional vaccine doses ahead of time to get as many people as possible” vaccinated, said Avegno.

She advised New Orleans and Louisiana would ideally launch a widespread vaccine drive to inoculate as many people as possible before Southern Decadence, particularly men who have sex with men.

The event, centered in the French Quarter in the Big Easy, could amplify the spread of the virus across the country and around the world as infected visitors carry monkeypox home.

In spite of the absent doses, Avegno said officials are working with Southern Decadence organizers and LGBTQ businesses in the city to educate locals and visitors on how the virus spreads.

Currently, the Southern Decadence website has no information regarding the monkeypox virus.

Monkeypox, or MPXV, is transmitted through prolonged skin-to-skin contact, and through sharing items like towels and bedsheets. The virus produces flu-like symptoms and a painful rash, which can turn into oozing scabs. Symptoms and contagiousness can last a month. While the disease is rarely fatal, it can leave scarring.

As of Wednesday, Louisiana has 58 confirmed cases of the MPXV virus, with 42 in New Orleans and its surrounding parishes.

By contrast, New York reported 1,666 cases and California 826, with Texas and Florida topping 500 cases each.