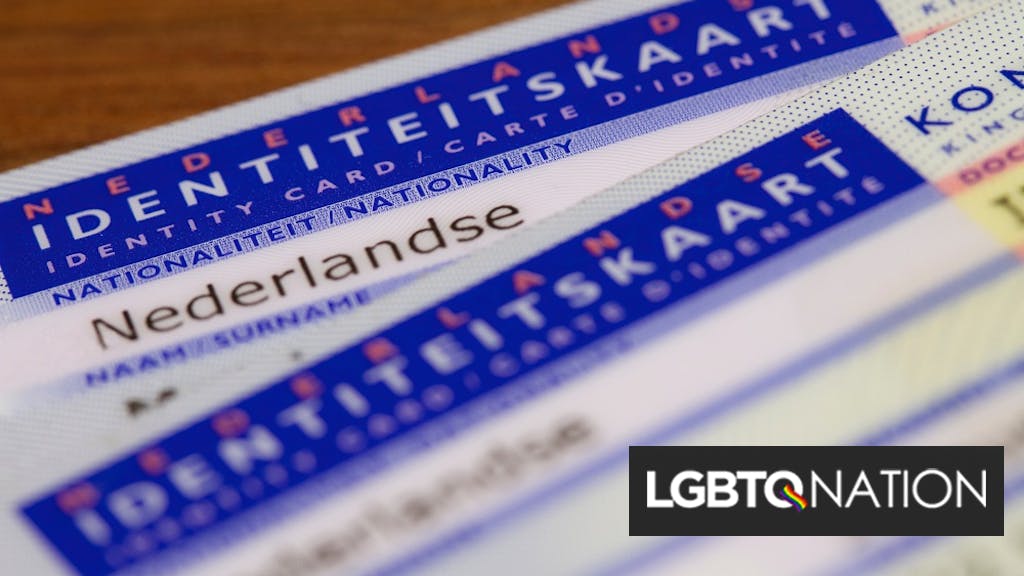 The Netherlands will stop including any gender marker at all on identification cards.

Minister of Education, Culture, and Science Ingrid van Engelshoven announced in a letter to the Dutch legislature that gender markers will be removed from the ID cards after research into the matter found that the cost of doing so is “limited.”

“Citizens can shape their own identity and propagate it in complete freedom and security,” she wrote. The move is part of a broader plan to limit the need for gender identification in government paperwork.

LGBTQ organizations haled the announcement. In a statement, the groups COC Nederland, NNID, and TNN called the change “great news for people who have problems with that indication of sex on their identity documents day in, day out.”

Van Engelshoven’s letter said that the only cost of the change would be training for police and other workers who check ID.