Nearly half of adults have sex on the first date, study claims 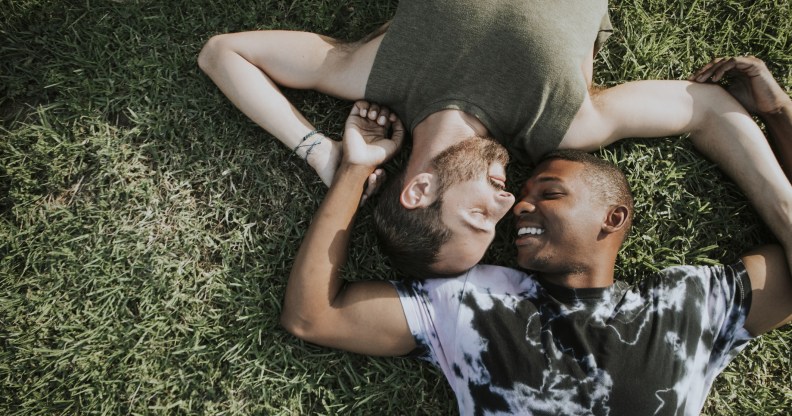 A Lovehoney survey has found that nearly half of adults have sex on the first date. (Getty)

A Lovehoney survey has revealed that nearly half of adults have had sex on the first date.

The study was conducted by the sexual wellness brand, who surveyed more than 2,000 adults.

They found that 49 percent of people have had sex on the first date, with men being more open to it than women.

Lovehoney investigated how many of us have had sex on the first date, and why we are – or aren’t – open to it.

Some of the most popular reasons to have sex on the first date included enjoying it (53 percent), to see if you’re sexually compatible straight away (46 percent) and because it makes you connect quicker (26 percent).

Meanwhile 20 percent said they like to see if the other person accepts their kinks before getting emotionally involved and 16 percent of people said it calms their nerves,

Among those who said they’ve never had sex on a first date, the most common reason was that they don’t feel comfortable having sex with someone they don’t know very well (47 percent).

This was followed by not ‘believing’ in having sex on the first date (38 percent) and only enjoying sex with people they have an emotional connection with (32 percent), which was the third most common reason.

Finishing up the top five reasons was having a ‘rule’ about not sleeping with someone on the first date (25 percent) and being conscious of STIs and pregnancy (17 percent).

And if you’re a star sign enthusiast, they also found that Capricorns (55 percent) and Libras (54 percent) came out on top when it comes to first date sex.

While Virgo, Scorpio and Gemini complete the top five star signs most likely to have sex on the first date.

As part of the study, Lovehoney teamed up with relationship, sex, and mental health therapist Rachel Wright, who said: “There is no ‘right time’ to have sex.

“And I’m talking about sex with the definition of ‘a meaningful experience of pleasure’. The concepts of ‘don’t give away the milk for free’ and ‘they won’t like me anymore if I give it up too quickly’ are old and antiquated and can create so much shame for people of all genders.”

She added: “For some people, having sex right away is incredibly helpful in determining if they want to go on a second date and for others feels entirely out of reach because they need to have an established emotional connection with the person before they can have sex.

To find out more – and to shop – head to lovehoney.com.

It was recently reported on PinkNews that research suggests the average person kisses 21.5 people in their lifetime.

While it’s difficult to find the origin of the study that found the statistic, it was originally brought to public attention in a report by Wired in 2016.

The multimedia news site published a 2-minute informational clip in which it described various factoids about an average person’s sex life, including statistics on intimacy and relationships, all set to the truly incredible story of two sex dolls going on a date together.

However the replies to the ÜberFacts tweet suggests there was a giant, rainbow-printed gap in the research.

“Queer people kiss 21.5 people a day,” one user wrote, while another said: “Laughing at this in gay.”

“This is how many people I kiss over a weekend,” another user wrote. “Straight people, what are you doing, free yourselves.”