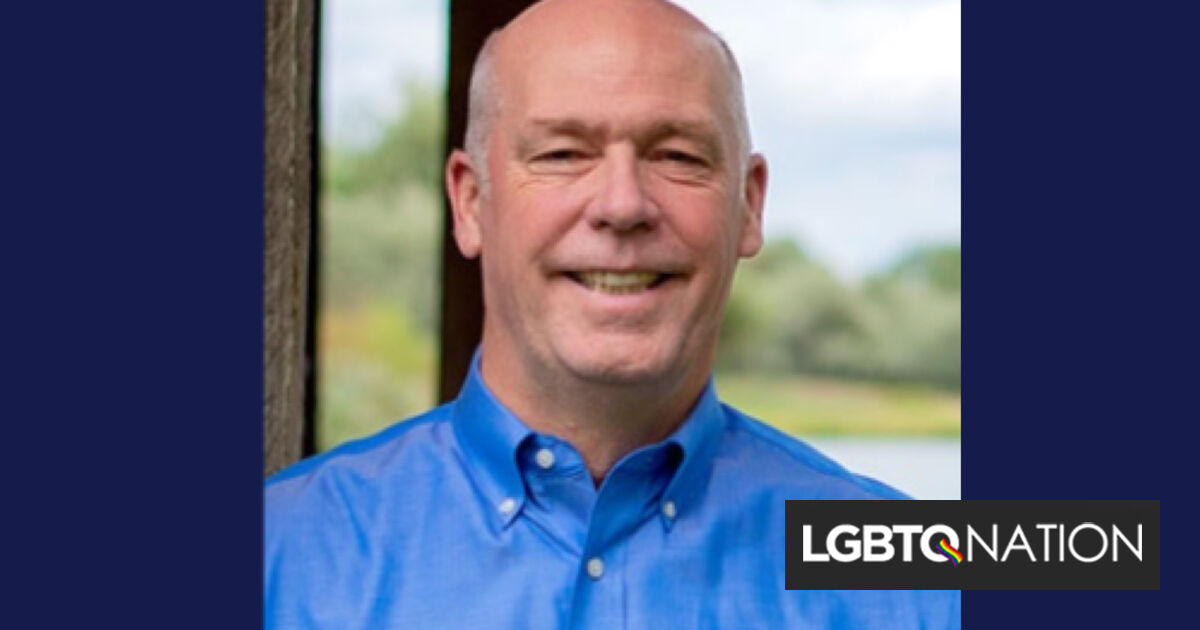 House Bill 112 bans transgender youth from participating in sporting events under their gender identity. Senate Bill 99 makes it required for schools in the Big Sky State to inform parents if they want to mention anything related to “human sexuality” in class, and will only allow the instruction for students who “opt-in” to it and other lessons related to sex education.

H.B. 112, alternatively called “an Act Creating the ‘Save Women’s Sports Act,’” is “a carbon copy of Idaho’s HB 500” according to the ACLU’s Chase Strangio. Idaho, a neighboring state to Montana, passed a similarly-named ‘Save Women’s Sports Act’ proposal that is currently blocked from being enacted by a federal court’s injunction.

The bill was introduced by state Rep. John D. Fuller (R) in January. It passed the House that month and after amendments, passed the Senate in April and then the House as well.

Like the Idaho law, the proposal calls for “public school athletic teams to be designated based on biological sex” and would allow for cisgender athletes to seek damages from schools that allow trans students to compete as their gender identity, due to the “direct or indirect” harm that would purportedly cause.

Fuller “felt compelled to introduce the legislation because he’s coached women’s soccer and he thinks transgender women have a physical advantage if they compete in sports consistent with their gender identity,” Montana Public Radio reported.

“That is unfair to females and women’s sports — period,” Fuller says in a soundbite played in The Session podcast when he first introduced the bill.

A part of H.B. 112 that sought to indemnify education institutions if they don’t affirm trans athletes’ identities was removed in revisions after being introduced.

With its signature, Montana becomes the seventh state to ban trans youth from participating in sports in some way. West Virginia, Alabama, Tennessee, Mississippi, South Dakota, and Arkansas have all adopted similar laws to prevent transgender girls from playing sports as their gender.

In a statement, Shawn Reagor, the program director of the Montana Human Rights Network, said that “this bill unfairly targets trans youth and puts millions of federal education dollars at risk. It is unnecessary and harmful policy that comes at a massive cost to the state. Montana has made it clear that we do not want HB 112, nor any of the other anti-LGBTQ bills the governor has signed this year.”

S.B. 99 calls for “a parent, guardian, or other person who is responsible for the care of a child” to be allowed to “refuse to allow the child to attend… a course of instruction, a class period, an assembly, an organized school
function, or instruction provided by the district… regarding human sexuality instruction.”

If any instruction has anything to do with “human sexuality” or sexually transmitted diseases, parents must be given notice of at least 48 hours. The bill explicitly defines “human sexuality education” as anything related to ” sexual orientation, gender identity, abstinence,” among other topics.

“S.B. 99 is a discriminatory bill that directly targets LGBTQ kids. This bill sets a dangerous precedent in secondary education that would not only limit access to sex education, but any curriculum regarding LGBTQ people,” Alphonso David, president of the Human Rights Campaign, said in a statement. “All students, no matter their gender or sexual identity, deserve the opportunity to learn about themselves and information critical to their health.”

Gov. Gianforte did not provide any statement or further information beyond announcing his decision to sign both bills into law.

He previously said last week at a press conference that anti-trans bills and laws are an issue that “evokes a lot of passion on both sides.”

Advocates in Montana have fought against anti-trans proposals to varying success this year. Another bill that Rep. Fuller introduced, House Bill 113, was defeated after key legislators voted against it because they met with parents of trans youth and trans advocates. That bill would have banned gender-affirming care for trans youth.