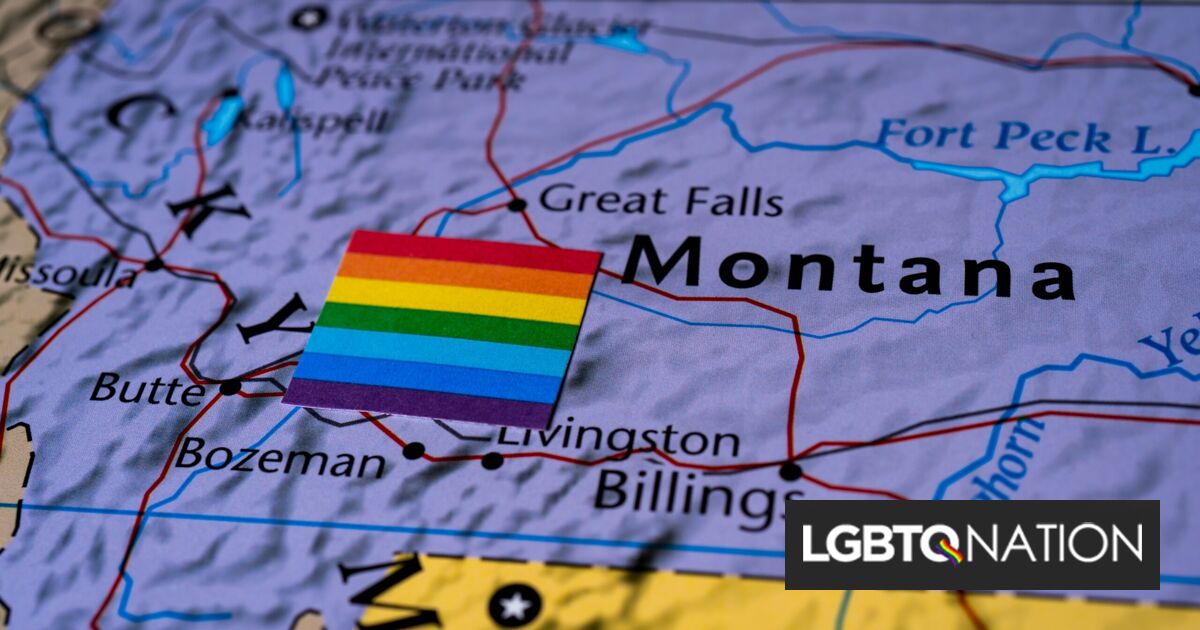 The Montana Department of Public Health and Human Services (DPHHS) has just adopted a rule change forbidding transgender people from changing the gender listed on their birth certificates.

The rule change is just the latest in an ongoing legal battle between the DPHHS, the state’s Republican-led legislature, and trans Montanans seeking government documents that display their correct gender identities.

The DPHHS’ new rule says that a person’s sex listed on a birth certificate can now only be changed if it was incorrectly entered by a “data entry error” or if “the sex of the individual was misidentified on the original certificate and the department receives a correction affidavit and supporting documents, … including a copy of the results of chromosomal, molecular, karyotypic, DNA, or genetic testing that identify the sex of the individual.”

The DPHHS implemented this rule five months after a state judge issued a ruling blocking a state law requiring state residents to undergo a non-specified “surgical procedure” before they could change the gender listed on their birth certificates.

Montana’s Republican-led legislature passed this law, S.B. 280, in April 2021. Previous to the law, the DPHHS said that transgender residents could change the gender marker on their birth certificates if they were intersex, had undergone “a gender transition,” or had a certified court order indicating that their gender had been changed.

In July 2021, two transgender state residents sued the state’s Gov. Greg Gianforte (R), DPHHS, and its director, claiming that S.B. 280 had made it virtually impossible for them to change their birth certificates, thus violating their constitutional right to privacy and due process.

“Denying me an accurate birth certificate places me at risk of embarrassment or even violence every time I am required to present my birth certificate because it incorrectly identifies me as male,” said Amelia Marquez, one of the plaintiffs and a trans woman, in a statement.

S.B. 280 also made it impossible for many trans people to get a corrected birth certificate because such surgery is too expensive for many people, not all trans people want or need gender-affirming genital surgery, and many are not good candidates for it for medical reasons.

The state disagreed and said that S.B. 280 was necessary to maintain accurate birth records.

However, in April 2022, state Judge Michael Moses said that the law’s requirement of an unspecified surgical procedure made it impossible for anyone to follow. The judge then issued a temporary injunction against S.B. 280, essentially blocking it from going into effect.

But the state chapter of the ACLU says that Montana government officials have done nothing to comply with the judge’s order. For instance, a gender change form that DPHHS removed from its website after S.B. 280 was passed still hasn’t returned to the website.

“The fact that the state refuses to revert to the previous processes evidences its lack of respect for the judiciary and utter disregard for the transgender Montanans who seek to have a birth certificate that accurately indicates what they know their sex to be,” the ACLU said in their statement. “If the state continues to violate the preliminary injunction, we will have no choice but to seek relief from the court.”

Montana passed several other anti-LGBTQ laws in 2021, including a ban on transgender girls participating in school sports. The state also passed a law requiring schools to give 48-hours notice to parents if they are going to discuss LGBTQ people.