MLB player accused of sexual assault claimed it was consensual. Then he found out she’s a lesbian. 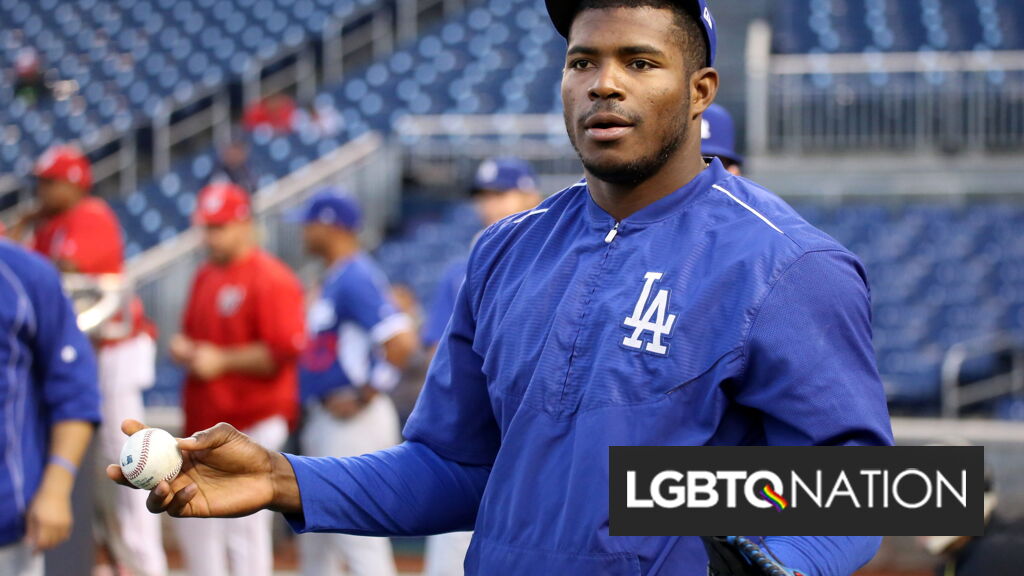 Pro baseball player Yasiel Puig is defending himself from a lawsuit stemming from a sexual assault allegation with a dubious defense. Puig allegedly assaulted the woman in 2018 at a Los Angeles Lakers basketball game at Staples Center.

Related: Will the Sports Illustrated Swimsuit Issue have a male on the cover?

Puig, 30, was a star prospect from Cuba who rose to the majors in 2013 and became a star player with the Los Angeles Dodgers. He was traded to the Cincinnati Reds in 2018, and last played for the Cleveland baseball team in 2019. He is currently an unsigned free agent.

Puig was first accused publicly of the assault six months ago when “Jane Roe” filed her lawsuit. She accuses Puig of following her into a private lounge bathroom at a October 2018 Lakers game, pulling her into a stall, and holding her down while he performed lewd acts in front of her.

Major League Baseball (MLB) officials interviewed Puig’s accuser, and it’s reportedly a contributing factor to why he remains unsigned. On April 13, Puig issued a statement and shared it on social media, responding to the supposedly “patently false and salacious allegations” laid out in the lawsuit.

“Let me be clear and set the record straight once and for all: These allegations are totally false, the evidence proves they are false, and I look forward to all the truth and facts coming out,” Puig said.

“The fact is that I had consensual sex with a woman I met at a Lakers game after she propositioned me. Afterward, we talked about going out together, but she said she did not want her fiance to find out. We messaged each other afterward and planned to get together again, but we never did. She’s now suing me based on completely made-up allegations.”

The co-head of Puig’s legal team, Alan Jackson, said that the allegations are “all provable lies.”

Taylor Redfield, the attorney representing the accuser, released a statement rebutting Puig’s statement as well as his legal team’s.

In the statement, Roe stressed she is an “out and proud lesbian” and dismissed the “ridiculous” notion that she “propositioned” him. She is engaged to a woman.

Her statement maintains that she met Puig for the first time at the game and they exchanged information “for business purposes,” but that she did not consent to any sexual activity with him.

“I am an out and proud lesbian and have been during my entire adult life. My female fiancée and I were enjoying a Lakers game at the Staples Center when this attack occurred,” the statement read. “The notion that I would leave my fiancée, and run off into a bathroom, so someone I did not know could do this to me, or do something worse, is demeaning and ridiculous.”

Rayfield further stated, “although Puig claims our client waited two years to file this case, in order to deprive him of evidence to defend himself, the truth is that our client retained us within a year of the attack and did not file the case earlier because Puig’s attorneys asked us not to file.

“The allegation has never been that Puig and our client engaged in sexual intercourse in the restroom. This claim of consensual sex was recently fabricated by Mr. Puig in an attempt to explain away his text messages to my client, immediately after the alleged attack, warning her that what happened was ‘private between them.’”

MLB has not yet pursued any disciplinary action against Puig, in part because the accuser has chosen to remain anonymous.