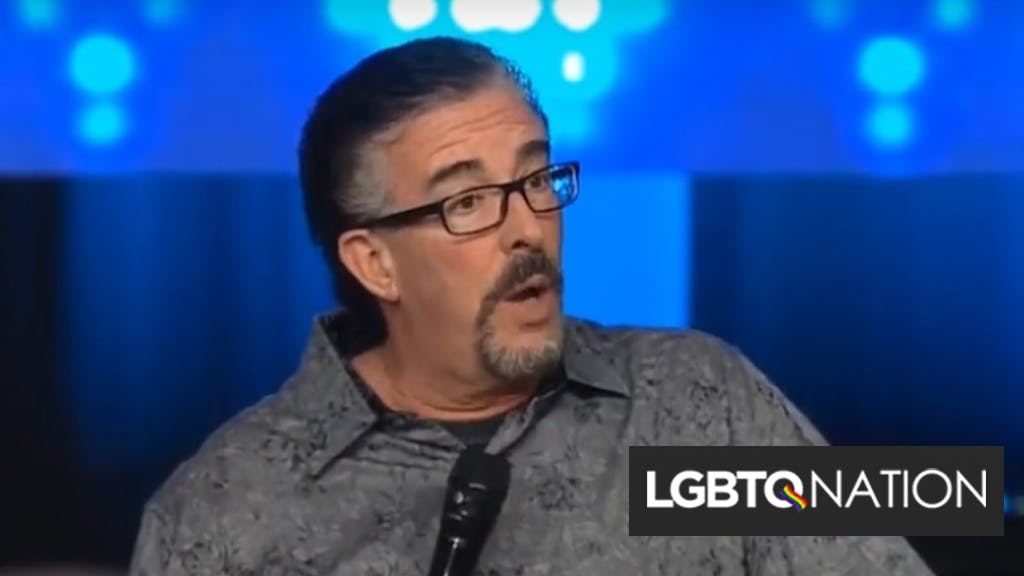 This past March, Tennessee Christian conservative pastor Perry Stone blamed marriage equality for the coronavirus pandemic, saying it was part of God’s “reckoning.”

Shortly after that declaration, the board of his Voice of Evangelism [VOE] put him on “sabbatical” as they investigated possible “inappropriate” conduct with women who worked for him. Now he’s apologizing and asking for forgiveness.

Related: Church settles lawsuit that said its anti-gay pastor forced an employee to have sex with him

In a message to followers following three months of absence, Stone, 61, did not say exactly what he did but said that he “acted inappropriately with [female employees], and with words and sometimes actions.”

“I confess at times I’ve been inappropriate in all this weariness of just non-stop ministry,” he said. “I let my guard down and I’ve asked, of course, God to forgive me for that. I sat down with my family, with my beautiful, precious wife Pam, the love of my life. I asked her to forgive me. And I very humbly and very sincerely ask those who have been hurt or offended by my actions to, please, also forgive me for those things.”

The VOE board said that Stone was initially put on sabbatical for health concerns, and that’s when employees came forward with accusations. The board said that “the issues were civil in nature and not criminal” but did not say exactly what he was accused of doing.

“The behavior deviated from the biblical standards set in place for VOE leadership,” the board said in a statement, so they voted to initiate “his current sabbatical.”

Stone founded VOE in 1979, but now he is stepping down. He said in his message that he is taking an “extended and, honestly, some much-needed sabbatical” to “receive professional counseling every day.”

Stone is a big name in American Evangelism. He has written dozens of books and recorded hundreds of his sermons. His ministry reportedly earns millions in revenues and built its $22 million campus in 2013 without taking on any debt.

In March, Stone made headlines for blaming marriage equality and abortion for the coronavirus pandemic.

“There’s a reckoning because the courts of the land passed a law to take an infant’s life, that it was okay, and for marriage, that we have known it, to be changed into something we’ve never known,” he said at the time.

“Both of their laws – biblically in Leviticus and Deuteronomy – are what God calls an abomination[….] There will be a time when the Lord says, ‘Enough is enough.’”

The three countries hardest-hit by the virus at the time – China, Italy, and Iran – do not recognize marriage equality.

“No,” he responded to this imaginary critic. “I’m prophetic and prophetic people are strange.”