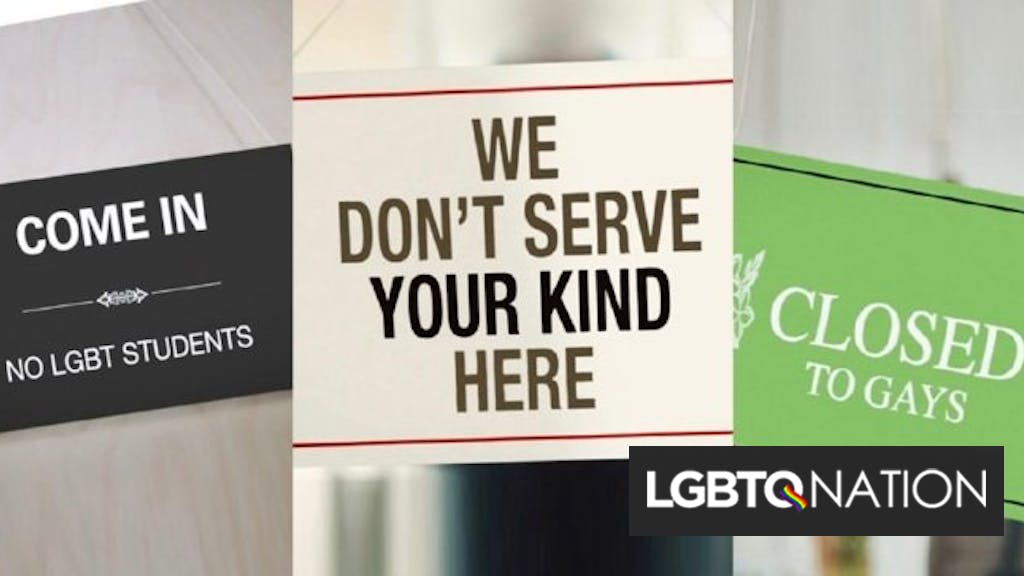 A Michigan court has ruled that it’s legal for businesses to refuse to serve gay and bisexual people but not transgender people.

Related: A Christian troll wants to sue a lesbian baker after she made an anti-gay cake he ordered

Murray referenced a state supreme court decision in Barbour v Department of Social Services, where the court ruled that the state’s ban on discrimination because of sex does not ban discrimination against gay and bisexual people.

“Whether Barbour’s reasoning is no longer valid in light of Bostock v Clayton Co,” Murray wrote, “is a matter for the Court of Appeals, not this Court.”

But the state supreme court has not yet ruled on anti-transgender discrimination, so Murray referred to several federal rulings, including Bostock, which Murray said held “that an employer violates Title VII when it treats an employee born male but who now ‘identifies’ as female differently than an employee born female. That type of dissimilar treatment, the Court held, was discrimination because of sex.”

“We are encouraged that the Michigan Court of Claims has ruled the word ‘sex’ in ELCRA [the state’s civil rights law] encompasses gender identity, but we will continue to argue that the U.S. Supreme Court was right to conclude, as did the Michigan Civil Rights Commission, that ‘sex’ in this context is also inclusive of sexual orientation,” Michigan Department of Civil Rights Chair Stacie Clayton told MLive.com.

“The fact is that continuing to interpret the word ‘sex’ in a more restrictive way than we do any of the other protected classes under ELCRA is in itself discriminatory.”

“Michigan courts have held that federal precedent is highly persuasive when determining the contours of the Elliott-Larsen Civil Rights Act, and federal courts across the country – including the U.S. Supreme Court in Bostock v Clayton Co – have held that discrimination on the basis of sexual orientation is a form of sex discrimination,” she said in a statement.

“We intend to submit that all Michigan residents are entitled to protection under the law – regardless of their gender identity or sexual orientation – in our appeal to this decision.”

While religious freedom claims were made in both cases, Murray did not rule on either of them.