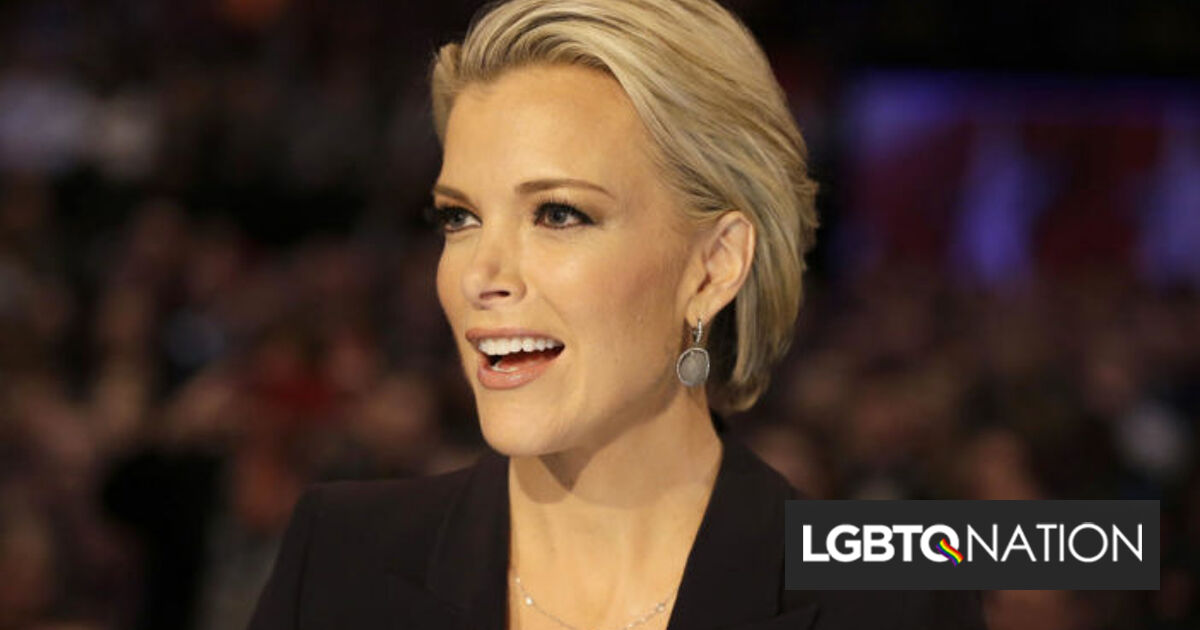 Former Fox News host Megyn Kelly is claiming that transgender activists are converting gay men into trans women. She made this unsubstantiated claim while speaking with homophobic broadcaster Steven Crowder on her Sirius XM show.

“Right now, we’re looking at children on puberty blockers,” Crowder said in a clip shared by Media Matters. “We’re looking at biological men beating the hell out of women in their own sports.”

Related: Are Megyn Kelly’s ratings tanking because all liberal men are gay?

Crowder’s claim is overstated and untrue. Trans women aren’t dominating women’s sports, and most bans seek to deny trans youth the pleasure of playing any sports at all, regardless of their skill.

Crowder then said we are on a “slippery slope” and asked what’s next “if the Left has their way with this.”

Kelly agreed, saying, “I think that’s a fascinating question.” Kelly said she has talked to a lot of gay and lesbian friends who have said that they don’t understand why the “T” is at the end of LGBTQ, adding, “The interests aren’t necessarily aligned.”

“In fact, if you look at the trans activists, like the crazy trans activists… [they] are so vicious and they’re basically kind of doing conversion therapy on young gay men,” Kelly said.

Imitating such an activist, Kelly said, “‘You’re not gay. You’re trans. You’re secretly a girl. It’s better to be queer than to be gay. Just say that you’re a girl and you can get rid of that whole gay thing.’”

“And we’re seeing more and more of this,” Kelly added.

She said that Abigail Shrier had mentioned this in her book, Irreversible Damage: The Transgender Craze Seducing Our Daughters. Shrier is a prominent transphobe who regularly equates trans people with misogynists, pedophilic sexual predators and mentally ill people who have succumbed to peer pressure.

She then suggested that the LGBTQ media watchdog group GLAAD had “lost its way on its original mission” by advocating for trans rights.

Transphobic conservatives and a small minority of gay and bisexual people have echoed similar sentiments in the past, claiming that trans people have nothing in common with cisgender people with non-heterosexual orientations. These arguments miss the larger point that LGBTQ people are collectively stigmatized for not conforming to expected gender roles.

Kelly may have “gay and lesbian friends” but she’s no friend to trans people. In the past, she joked that a transgender prison inmate was too unattractive to risk being sexually assaulted, and she has said that most athletes are too afraid to speak out against their trans competitors.

Crowder may be even worse.  Crowder is a former Fox News contributor and host of the popular right-wing podcast Louder with Crowder.

In 2017, he deceptively edited video of a meeting about trans healthcare to make it look like transgender people were conning Medicaid out of money.

In 2019, Crowder repeatedly attacked gay journalist Carlos Maza on his show. He imitated Maza as having an effeminate voice and called Maza a “lispy sprite,” “an angry little queer,” or the “gay Latino from Vox.” He also said that Maza “eats a lot of d*cks” and “sashays to his next Pride parade.”