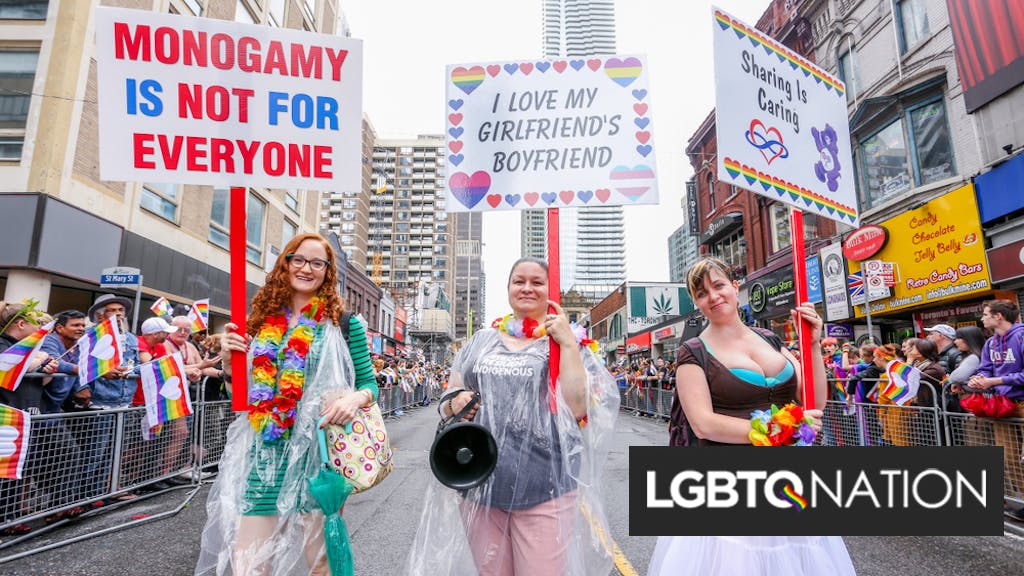 At a June 25 city council meeting in Somerville, Massachusetts, council members broadened the city’s definition of domestic partnerships to include relationships between three or more adults, according to The New York Times. Somerville Mayor Joe Curtatone has signed the changes into law, and it’s thought to be the first of its kind in any U.S. city.

Among the subtle languages changes in the city’s ordinance, a domestic partnership is now defined as an “entity formed by people” rather than just “by two people.” The phrase “he and she” has been replaced with “they,” and “both” has been replaced by “all.”

“People have been living in families that include more than two adults forever,” said council member J.T. Scott. “Here in Somerville, families sometimes look like one man and one woman, but sometimes it looks like two people everyone on the block thinks are sisters because they’ve lived together forever, or sometimes it’s an aunt and an uncle, or an aunt and two uncles, raising two kids.”

Before last month, the city had no domestic partnership registry at all, something which became important as people tried to access their household partner’s health insurance during the ongoing coronavirus epidemic. Scott says of Somerville’s 80,000-person population, probably two dozen households are polyamorous.

The new ordinance will allow city employees in polyamorous relationships to extend health benefits to multiple partners — whether everyone is romantically involved or not. Private employers and insurers might resist the change, and conservatives might also rail against it as proof of queer people “destroying the institute of marriage.”

Regardless, Scott says legislators from other states and cities have already called him since the ordinance passed to ask how they might instate similar legislation.

Australian academic Kelly Cookson has estimated anywhere from 1.2 to 9.8 million Americans in some sort of non-monogamous arrangement (that’s nearly 3 percent of the U.S. population). The numbers could be much higher since some people may call themselves “monogamous” to avoid social stigma around polyamory.