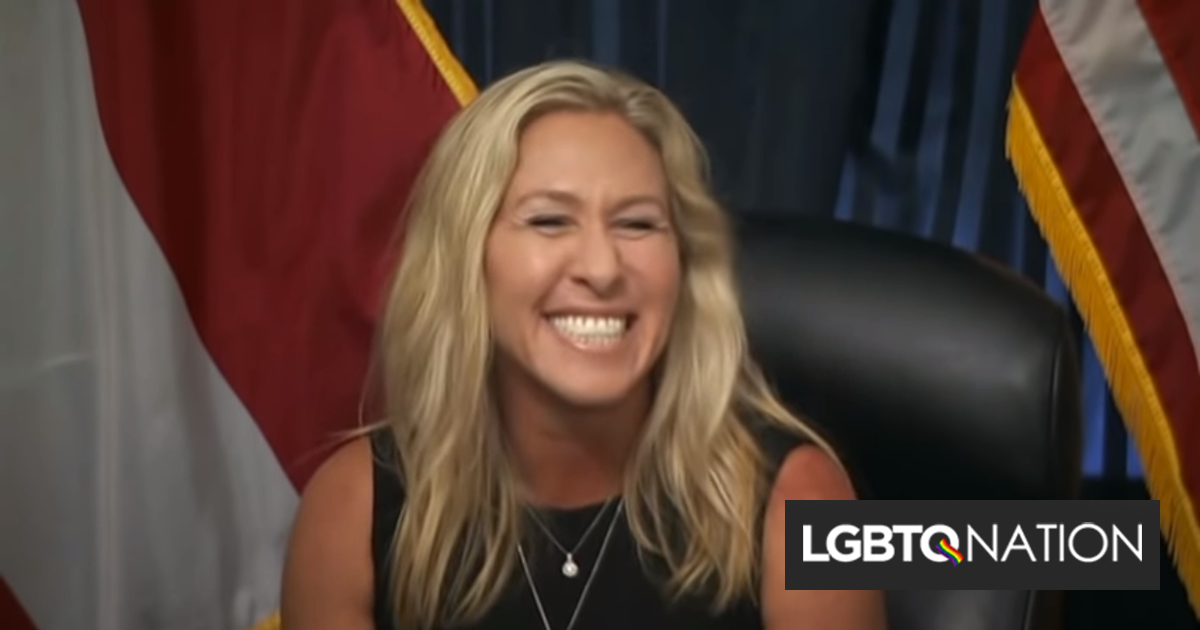 Conspiracy theorist and Republican Georgia Representative Marjorie Taylor Greene has spent part of her weekend sowing doubts about COVID-19 vaccines, even though her home state currently ranks sixth amongst states with the highest number of overall infections.

Over the last 24 hours, Greene has reposted two messages against vaccine mandates. Ever since the Food and Drug Administration gave its full approval to the Pfizer COVID-19 vaccine, more workplaces have been requiring their employees to get vaccinated.

Displeased with this development, Greene has taken to spreading anti-vax messages.

Her first was a retweet of Republican Kentucky Senator Rand Paul, a man who spends his time railing against mask mandates and suggesting that taxpayers should fund research into Ivermectin, a veterinary medicine that has been found to have no effect on COVID-19.

“Like I have been saying for months,” Paul’s tweet said, “denying the role and value of natural immunity is a serious mistake, and it is not science. It’s government propaganda for vaccine mandates, even for those with natural immunity.”

His tweet linked to a Bloomberg News article that said that people who recovered from COVID-19 earlier into the pandemic appear to have a lower risk of contracting the Delta variant than those who got two doses of the Pfizer vaccine. Despite the article’s claim, the only way that people can develop this “natural immunity” now is to risk dying from a super infectious respiratory virus that has already killed 637,000 Americans.

Right. I think I said that a few times.

Like I have been saying for months, denying the role and value of natural immunity is a serious mistake, and it is not science.

It’s government propaganda for vaccine mandates, even for those with natural immunity. https://t.co/L9tLC6qbW4

Greene also retweeted a message from Republican Kentucky Representative Thomas Massie which stated, “Natural Immunity >> Pfizer Shot. The vaccine mandates are unscientific for two reasons: 1) they do not recognize immunity from prior infection 2) SARS-CoV2 can be spread by vaccinated people so what’s really going on?”

Whether he realized it or not, Massie essentially made an argument for employees being forced to take antibody tests. Also, his second claim about coronavirus being spread by vaccinated people is old news. People inoculated against any diseases are still capable of contracting the diseases and spreading them to others. Vaccinations only reduce the possibility of doing so and lower the severity of those diseases’ symptoms as well.

The vaccine mandates are unscientific for two reasons:

1) they do not recognize immunity from prior infection

2) SARS-CoV2 can be spread by vaccinated people

It’s unsurprising that Greene opposes vaccine mandates. Foremost, that’s generally the Republican position. Secondly, she has disingenuously said in the past that instead of convincing people to get vaccinated, COVID-19 prevention efforts should focus on reducing obesity. Obesity is a risk factor for being hospitalized and dying from COVID-19. She has also compared vaccination volunteers with the Nazi secret police, and “joked” that people could threaten them with guns.

In fact, Greene compares COVID-19 mask and vaccination mandates to Nazi during the Holocaust so often that the National Holocaust Museum in Washington D.C. had to issue a letter telling politicians like her to stop making such disrespectful and inaccurate comparisons.

As of August 29, Georgia has reported 1.34 million overall infections and 21,826 related COVID-19 deaths. Those numbers make the state rank sixth in the U.S. for new infections and eighth for deaths. The state’s recent daily tolls of new cases have been so high that they’ve broken its previous records for most new cases reported in a single day.