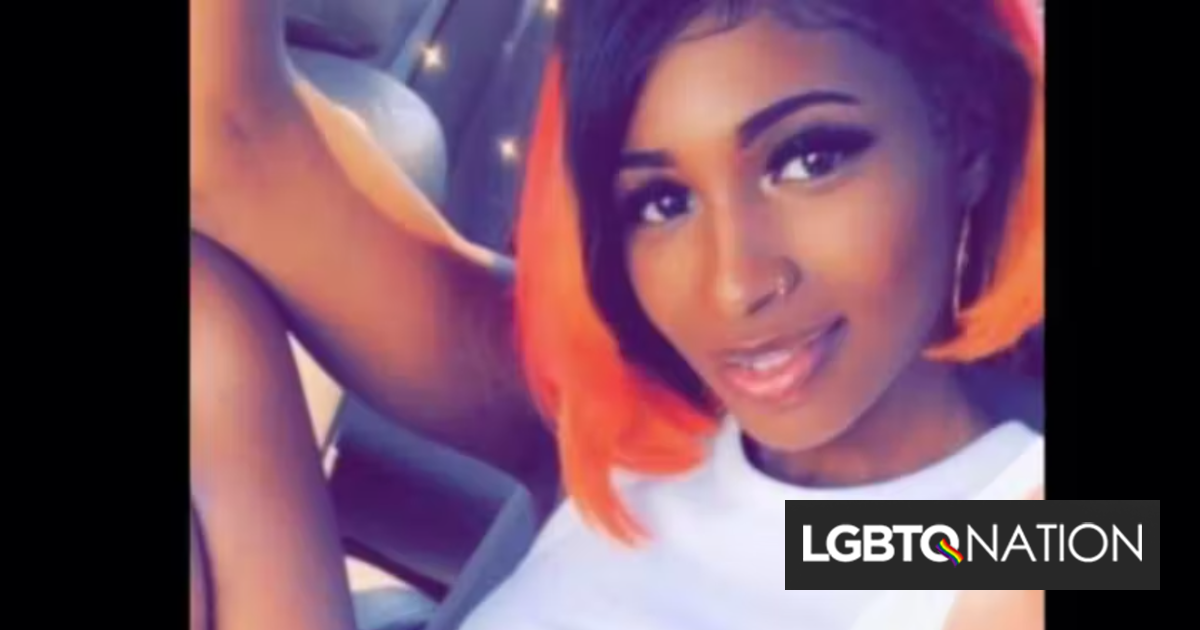 A 26-year-old Black transgender woman and LGBTQ activist named Keshia Chanel Geter was shot to death in an Augusta, Georgia hotel parking lot on July 20. Police arrested a 22-year-old cis man named Jaquarie Allen on July 21 in connection to her death. Both Geter and Allen are from Eastover, South Carolina, though it’s unclear if the two knew one another.

While investigators have yet to determine if Geter’s murder was a hate crime motivated by anti-LGBTQ bias, she is believed to be the 21st trans person murdered this year, according to the Human Rights Campaign (HRC). After her death, Geter’s family is lifting up her life and proclaim that transgender lives matter.

Geter’s body was found outside the Knights Inn on the morning of her death. She had been traveling with her friend, the HRC reported. The Richmond County Coroner Mark Bowen ruled her death a homicide. Police charged Allen with murder, and possession of a firearm during the commission of a crime, WCIV reported.

“[Geter] was an active advocate in the LGBTQA+ community,” a GoFundMe page for her funeral said. “She was very family-oriented, and to know her was to love her! She was a light that shined brighter than most. This was an unexpected and heartbreaking loss for the family, friends, and anyone she connected with!”

Geter’s mother Michelle Jordan told the aforementioned news station, “[My daughter] shined bright like a diamond, always made me laugh. My best friend, we talked all the time. A beautiful spirit. Loving, kind, wonderful, beautiful. Helped everybody. Would give the shirt off her back. She used to say ‘Mom, I’m going to be famous one day.’ … You couldn’t help but love her. Ain’t hurt nobody. Loved everybody.”

In a sorrowful message posted to YouTube, Jordan added, “I just want to say that it doesn’t matter how a person look: the color of their skin, if they’re black, white, trans, Christian, Jew, don’t matter. No one should ever take somebody’s life, because of what they are. My child is gone, and I can’t get them back.”

“For parents that don’t accept your child,” Jordan said, “you’re pushing them out. It doesn’t matter how it looks, you should love your child.”

The HRC noted that various media outlets misgendered and deadnamed Geter after her death, something that happens to 75 percent of murdered trans individuals. This occurrence is reinforced, in part, by the fact that not all states have laws allowing trans people to legally correct their name and gender marker on government-issued identification documents. Police reports also often misgender transgender crime victims.

Even in states that do allow such changes, the process and its costs can keep them out of reach for poorer trans people. In order to update a gender marker on a Georgia ID, a trans applicant must submit either a court order or a physician’s letter certifying that the applicant plans on undergoing a gender reassignment operation, a surgical procedure that some trans people neither want nor can afford.

According to the 2017-2022 Transgender Homicide Tracker, 73 percent of all confirmed homicides against Black trans women have involved a gun. Two-thirds of trans and gender non-conforming murder victims were killed by an acquaintance, friend, family member, or intimate partner.