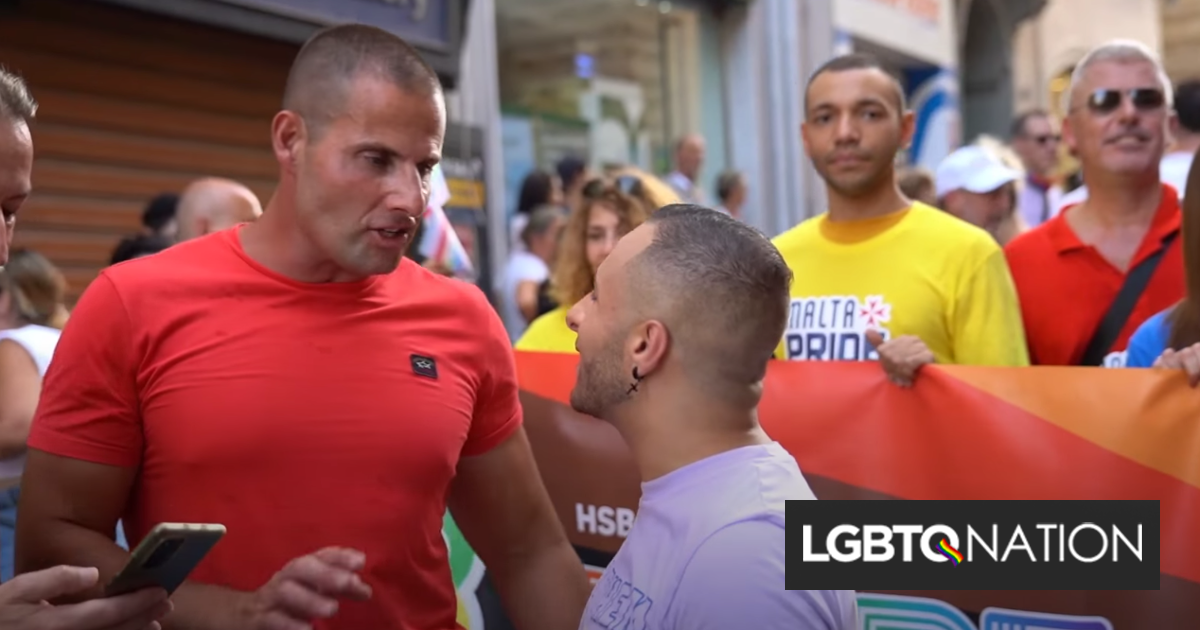 The occasion was Malta’s annual Pride Week and March in the capital Valetta, where Prime Minister Robert Abela marched and mingled with about 12,000 participants through the old town’s narrow, cobblestoned streets.

Last Sunday, Abela, leader of the country’s Partit Laburista, told ONE Radio: “I believe that social reform gives the Labor Party its identity. My presence yesterday, as well as that of ministers and MPs, symbolizes the messages that on the whole we have done a lot, more is yet to come. While we’re proud of what we did, more needs to be done.”

To mark Pride Week, the government lifted the longtime ban on blood donations from gay and bisexual men. The addition of free gender-affirming care to the nation’s health care program is next.

“They will be placed on the national health service, which means the state will finance the procedure,” Abela said.

The island city-state, located in the Mediterranean about halfway between Sicily and Tunisia, joined the European Union in 2004, the same year as the country’s first Pride march. It has become a popular gay tourist destination, consistently ranking number one on the ‘Rainbow Europe’ chart. Civil unions were introduced in 2014, followed by gay marriage three years later. In 2016, gay conversion therapy was banned in Malta.

Abela compared this year’s march to Malta’s first Pride in 2004.

“Only 75 to 100 people had attended the first Malta Pride March and this stayed consistent for a number of years. Back then, it was a protest against a number of issues that the government back then had swept under the rug, but now it is a celebration of the progress of civil rights.”

Abela said the government will also adopt a five-year strategy for the LGBTQ community and establish a “one-stop shop” to centralize public and social services. The government’s official Twitter page currently displays a Progress Flag for its photo.

On Monday, Abela posted a video to Facebook memorializing his march with constituents Saturday.