Majority of Americans support talking about LGBTQ people in schools 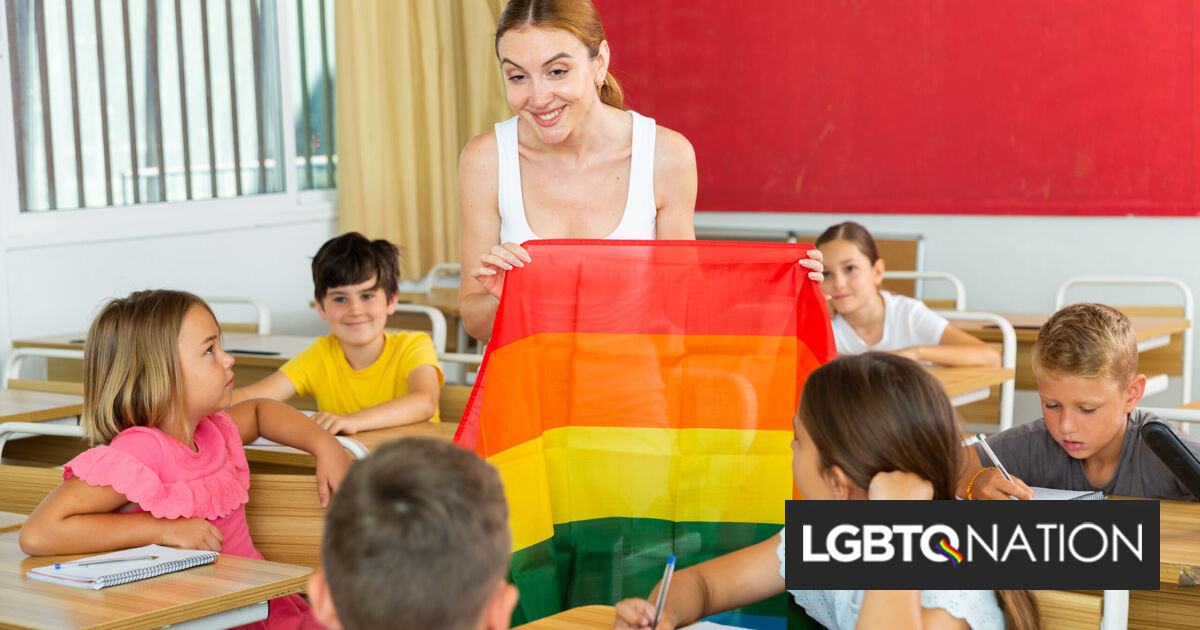 Amidst an all-out conservative attack on LGBTQ youth, a new survey has found that the majority of adults in the United States believe LGBTQ issues should be taught in schools.

The survey of over 2,000 adults, released by the Trevor Project,  found that 57% of US adults do not believe LGBTQ resources should be blocked on school Internet, and 56% oppose banning LGBTQ books from school libraries. 52% oppose banning the discussion of LGBTQ topics in the classroom, and 38% said it was appropriate for elementary school students to discuss them.

Additionally, 55% and 52% of respondents supported the accessibility of hormone therapy and puberty blockers for trans youth respectively if supported by a young person’s doctor and parents. Only one in three respondents said legislators should be allowed to make gender-affirming care for youth illegal, even if doctors and medical associations recommend it.

It also comes as Republican lawmakers across the country continue to wage war against LGBTQ books in school libraries and propose bills outlawing gender-affirming care.

“This poll emphasizes just how out of step recent political attacks aimed at LGBTQ students and their families are with public opinion,” said Sam Ames, director of advocacy and government affairs for The Trevor Project. “A majority of adults reject the government overreach we’re witnessing across the country – whether it’s banning books, censoring school curriculums, or intervening in medical care decisions that are best left to doctors and parents.”

“All LGBTQ young people deserve access to safe, affirming learning environments and the health care they need. We urge lawmakers to look at these data and to listen to their constituents’ concerns before pushing politically unpopular, misguided policies that will cause real harm.”