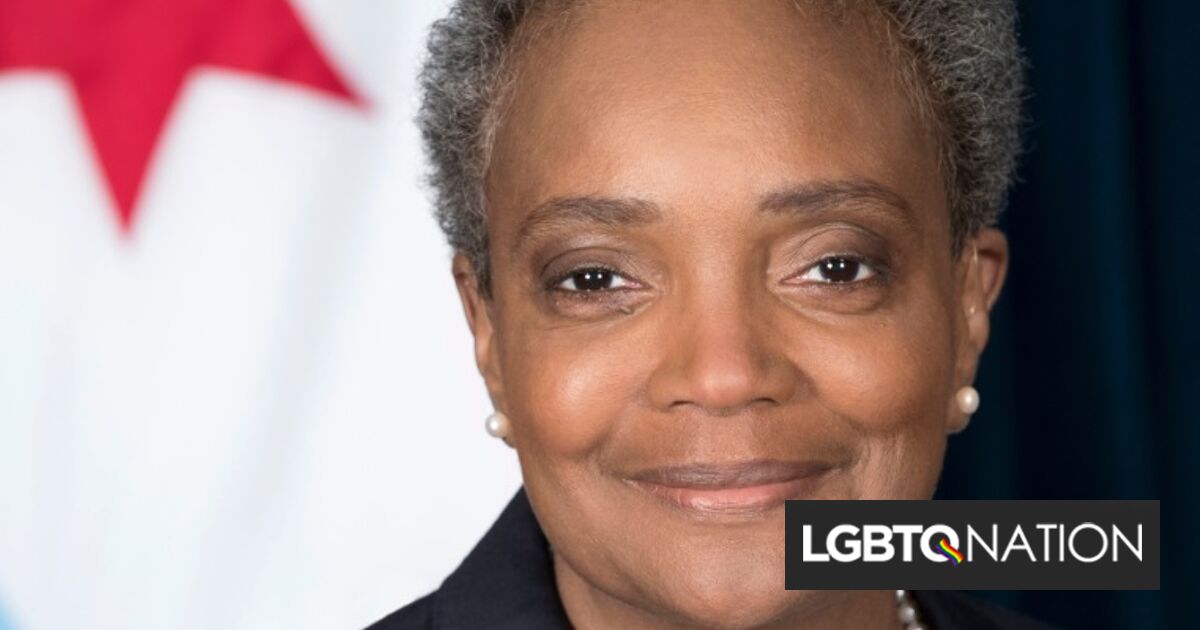 The LGBTQ Victory Fund – which works to elect LGBTQ candidates down the ballot – announced today its endorsement of incumbent Chicago Mayor Lori Lightfoot (D), an out lesbian and the highest-ranking LGBTQ Mayor in U.S. History.

“With the current surge of anti-LGBTQ hate and racism plaguing our cities, it is more important than ever to ensure our leaders reflect the true diversity and strength of our communities,” said Victory Fund President and CEO, Mayor Annise Parker.

“We must leverage our political power to ensure LGBTQ leaders like Lori remain in office while also building a rainbow bench of future candidates. Since her historic victory in 2019, Lori has taken on big fights and won on behalf of her constituents, including investing heavily in climate and environmental justice initiatives, working to address housing insecurity, and advancing LGBTQ rights in the city. As the nation’s third-largest city, Chicago has enormous impact on national politics. We are confident Lori will continue to be an important national LGBTQ leader in our fight for a more equitable and just America.”

Lightfoot, who was first elected in 2019, is running against a slew of other candidates in the nonpartisan race, including Illinois state House Rep. Kam Buckner (D), activist Ja’Mal Green (D), and former Chicago Public Schools CEO Paul Vallas (D).

She celebrated the Victory Fund’s endorsement, praising the organization for believing in her in 2019 “before a lot of other people even considered it.”

“Representation matters,” Lightfoot continued, “particularly when you are part of a community that has been historically discriminated against. LGBTQ+ representation and visibility is essential, and an important part of Chicago’s history and culture. I will always fight for the rights and needs of our community.”

Lightfoot enjoyed a resounding victory in a 2019 runoff election, when she swept all 50 of the city’s wards. But no longer a newcomer, she has a much tougher battle this time around, with a major focus of the race being how to handle violence in Chicago.

Nevertheless, her superior ability to fundraise as compared to her lesser known opponents has maintained her status as a frontrunner in the race, Politico reports.