LGBTQ-affirming high school in Alabama has its first graduating class 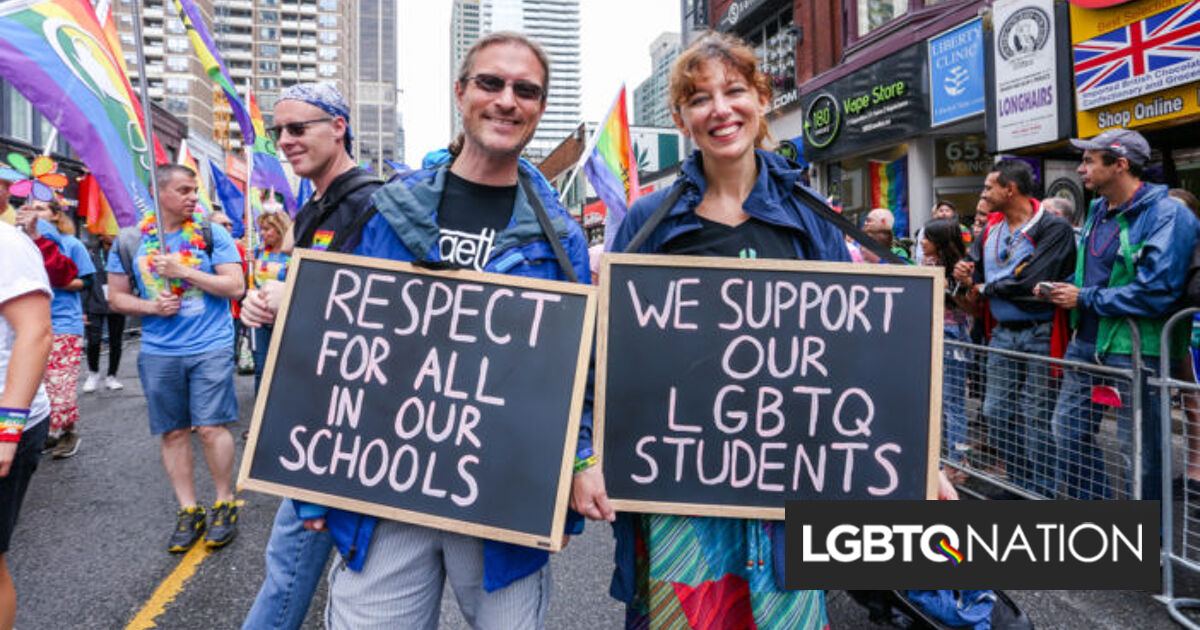 In Birmingham, Alabama, families, and friends of students of Magic City Acceptance Academy attended the charter school’s inaugural graduation ceremony. MCAA is a charter school that promises an “LGBTQ-affirming learning environment” for students who “have dropped out, are not thriving at traditional schools.”

Although the classes are small, 12 seniors graduated this year, the hearts of the school’s community remain large as crowds of families cheered on the graduates with lots of pride, appreciation, and love.

Related: Gay teen’s family sues the school where he was relentlessly bullied before he died

In its early stages, MCAA overcame three rejections from the Alabama Public Charter School Commission. However, the school won its approval and opened its doors in 2021 in the Birmingham suburb of Homewood with 250 students in grades six through 12.

Mike Wilson, the school’s principal, noted that when students first arrived at MCAA, they were “wrapped up in their trauma.” The students came from environments where they’d been bullied and marginalized. At the Academy, the staff and faculty worked to educate and empower their students.

One graduating senior, Clover, said it wasn’t until they came to the Academy that they saw their grades improve. Along with good grades, Clover has also created strong bonds with other students that they never thought they’d have.

Clover’s mother, Rachel, said that from the beginning of the school year she’s seen a change in her child. Previously, Clover was “miserable” in school, and there weren’t many options. But when Rachel discovered MCAA, she thought it could be a solution. And she was right.

MCAA has already seen the payoff of these focus areas during both the graduation ceremony and an eighth graders’ promotion ceremony where students seemed full of joy as they played with friends and went to teachers to offer them heartfelt goodbyes and handwritten letters.

The Academy has been a beacon of support within the community, already amassing its target enrollment of 350 students. The school plans on adding more staff in the future to meet the needs of more students.

MCAA comes at a time when bullying in schools have reached the need for intervention. The ACLU has stated it’s illegal under federal law for public schools to ignore anti-LGBTQ harassment of students.

“Public schools that fail to adequately protect LGBTQ students from severe bullying and harassment can be held liable under Title IX and the Equal Protection Clause. Cases that have found school districts are liable for anti–LGBTQ bullying as a result of their deliberate indifference have led to damages awards and settlements as high as $1.1 million for students whose schools failed to protect them from anti–LGBTQ harassment,” an open letter to schools states.

It looks like MCAA is solving that problem and is a leader in education when it comes to anti-LGBTQ bullying initiatives.