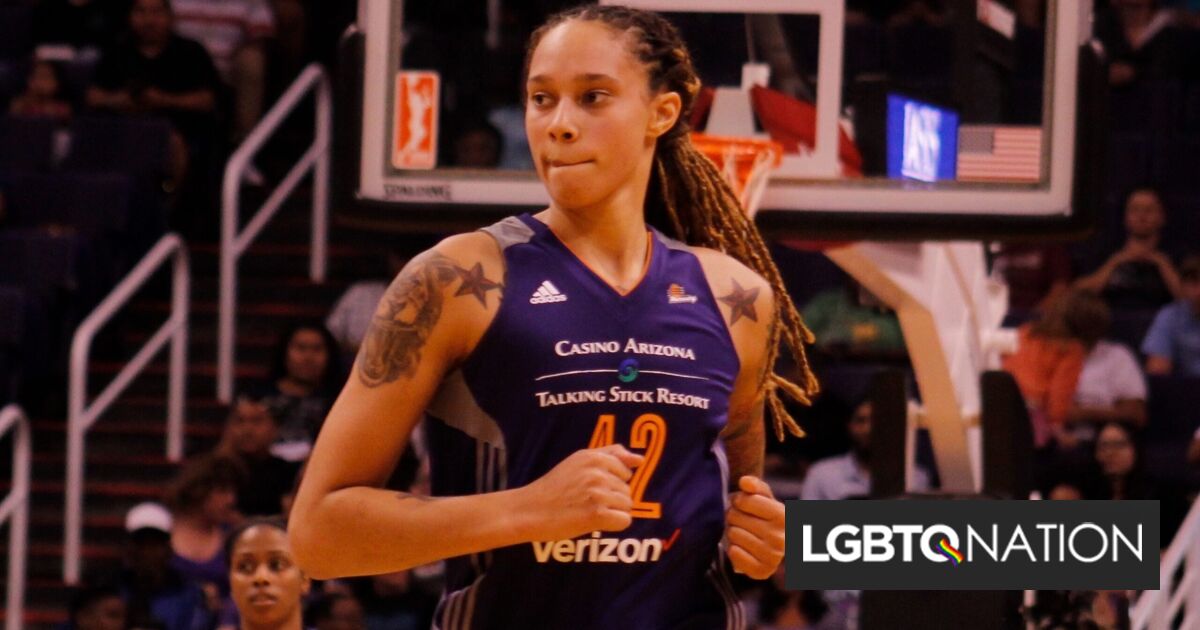 A recent report from an independent Russian news agency has revealed that lesbian pro-basketball player Brittney Griner was arrested on drug charges in Russia in February. She could reportedly face up to 10 years in prison as a result.

The Russian customs service has since opened an investigation into her alleged “large-scale transportation of drugs.” Under Russian law, the charges carry a 5- to 10-year prison sentence.

She has been in Russian custody for three weeks now and hasn’t posted on her social media channels since February 5. Video of her being stopped by airport security officers was posted on Twitter.

Griner, and many other WNBA players compete in Russia during the U.S. league’s off-season in order to make extra money. She has played for the Russian team UMMC Ekaterinburg for several years, the Times reported.

Phoenix Mercury, the team Griner currently plays for, confirmed a “situation in Russia” without mentioning specifics and said, “We are aware of and are closely monitoring the situation with Brittney Griner in Russia.”

“We remain in constant contact with her family, her representation, the WNBA and NBA,” the team’s statement continued. “We love and support Brittney and at this time our main concern is her safety, physical and mental health, and her safe return home.”

The WNBA also released a short statement to USA Today stating, “Brittney Griner has the WNBA’s full support and our main priority is her swift and safe return to the United States.”

Griner is a two-time Olympic gold medalist who helped the U.S. women’s basketball time dominate in the 2016 and 2021 Olympic Games.