Legislator’s first speech is a barnburner as he tells colleagues to “Be gay. Do crime.” 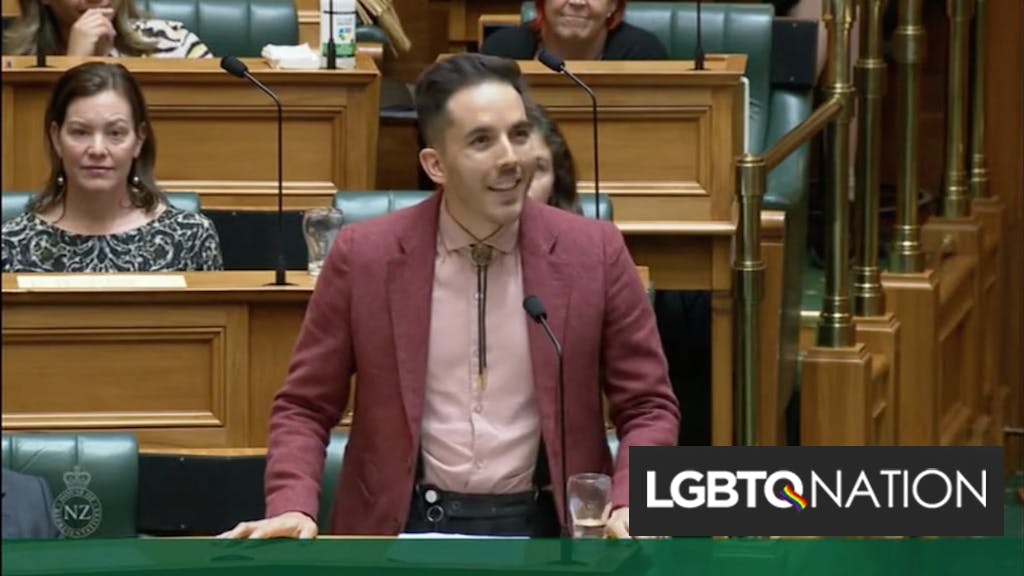 Ricardo Menéndez March’s maiden speech to New Zealand’s House of Representatives was a barnburner as he exhorted his colleagues to “Be gay. Do crime.”

A self-described “transgressive queer socialist,” the young member of parliament (MP) emigrated from Mexico and is part of a wave of diverse legislators elected in 2020.

“I want to start by acknowledging everybody who has had to lie to work and come to survive,” Menéndez March started. “In our queer community, there’s a saying I love that goes, ‘Be gay. Do crime.’ And to me, it means to be transgressive, to acknowledge the decision makers who created rules that criminalize our survival and our existence.”

“The rules were simply not made for us. They were made to uphold a system where the wealthy few keep getting richer at the expense of our planet. And this House is enabling it.”

New Zealand now has the queerest Parliament in the world with LGBTQ people making up 10% of the membership.

His speech was met with applause and hugs.