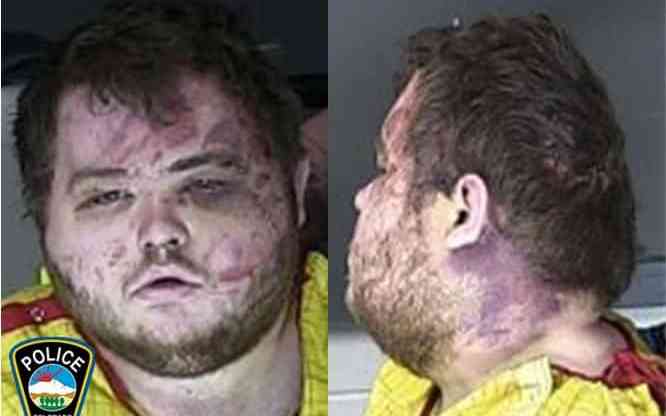 An attorney for Anderson Lee Aldrich referred to his client using he/him pronouns, having previously claimed that the alleged Club Q shooter is non-binary and should be referred to using they/them.

Aldrich is facing 305 criminal charges, including five counts of first-degree murder and multiple hate crimes, in relation to the mass shooting at the LGBTQ+ nightclub in Colorado Springs on 19 November.

Court filings by Aldrich’s public defenders claimed that the alleged shooter is non-binary, uses they/them pronouns, and referred to the suspect as “Mx Anderson Lee Aldrich”.

But at the first hearing in the case this week, Aldrich’s attorney used him/him pronouns to refer to the accused, while continuing to use the title “Mx”.

The inconsistency surrounding Aldrich’s gender identity has fuelled suspicions that the alleged shooter’s defence team made the announcement to dodge hate crime charges.

There is no evidence that Aldrich identified as non-binary or used they/them pronouns ahead of the shooting, and family members have consistently used he/him.

According to a timeline compiled by Colorado publication The Denver Gazette, on the very night of the Club Q shooting, Aldrich’s mother Laura Voepel wrote on Facebook: “My son is missing. We made plans to go to a movie at 10 and he ran to go run a quick errand. I have been dressed up for two hours, and I am so concerned… He took MY PHONE and my debit card… if he was trying to avoid me (not likely) he wouldn’t have told me to get ready to have the best night ever!”

Aldrich’s father has also used he/him pronouns to refer to his child since the shooting, responding to the allegations: “I was like ‘oh my god is he gay’ I said ‘s**t I got scared, is he gay’ and he’s not gay so I said, ‘phew’.”

The shooting was not Anderson Lee Aldrich’s first run-in with authorities, having been arrested in June 2021 on allegations of making a bomb threat that lead to an estimated 10 homes being evacuated.

Aldrich has been denied bail and remains in custody while awaiting trial.